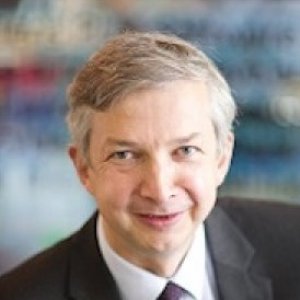 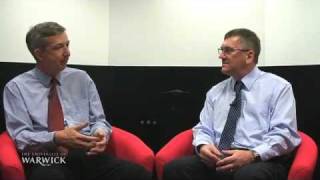 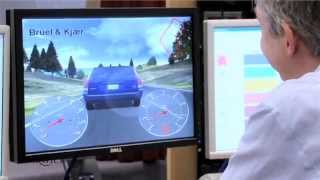 1link Live was held at The Slate, Warwick University on 19 September and included speakers such as Professor Paul Jennings, lead for connected and autonomous vehicles at Warwick Manufacturing Group and Nick King, insight director at Auto Trader...

How do you feel about riding in a self-driving car?

Professor Paul Jennings, Lead for Intelligent Vehicle research at WMG, University of Warwick, noted: “There is potentially a lot that can be learned from other sectors when it comes to certifying the safety of AVs. For example, by using AI to run simulations of real-life scenarios, we might learn more quickly how driverless cars will operate across the UK’s challenging urban and rural road networks, and to ensure that they safely interact with other road users”...

“The introduction of safe, fully autonomous vehicles will bring enormous societal benefits and substantial economic opportunities. Partnerships between academia and industry, supported by the government, are the best way to overcome the many challenges ahead,” said Professor Paul Jennings of WMG...

Rooftop photovoltaic systems integrated with lithium-ion battery storage are a promising route for the decarbonisation of the UK’s power sector. From a consumer perspective, the financial benefits of lower utility costs and the potential of a financial return through providing grid services is a strong incentive to invest in PV-battery systems. Although battery storage is generally considered an effective means for reducing the energy mismatch between photovoltaic supply and building demand, it remains unclear when and under which conditions battery storage can be profitably operated within residential photovoltaic systems. This fact is particularly pertinent when battery degradation is considered within the decision framework. In this work, a commercially available coupled photovoltaic lithium-ion battery system is installed within a mid-sized UK family home. Photovoltaic energy generation and household electricity demand is recorded for more than one year. A comprehensive battery degradation model based on long-term ageing data collected from more than fifty long-term degradation experiments on commercial Lithium-ion batteries is developed. The comprehensive model accounts for all established modes of degradation including calendar ageing, capacity throughput, ambient temperature, state of charge, depth of discharge and current rate. The model is validated using cycling data and exhibited an average maximum transient error of 7.4% in capacity loss estimates and 7.3% in resistance rise estimates for over a year of cycling. The battery ageing model is used to estimate the cost of battery degradation associated with cycling the battery according to the power profile logged from the residential property. A detailed cost-benefit analysis using the data collected from the property and the battery degradation model shows that, in terms of utility savings and export revenue, the integration of a battery yields no added benefit. This result was, in-part, attributed to the relatively basic control strategy and efficiency of the system. Furthermore, when the cost of battery degradation is included, the homeowner is subject to a significant financial loss.

Predicting the remaining range of a battery reliably, accurately and simply is imperative for effective power management of electrified vehicles and reducing driver anxiety resulting from perceived low driving range. Techniques for predicting the remaining range of an electric vehicle exist; in the best cases they are scaled by factors that account for expected energy losses due to driving style, environmental conditions and the use of on-board energy consuming devices such as air-conditioning. In this work, experimental results that establish the dependence of remaining electrical energy on the vehicle battery immediate cycling history are presented. A method to estimate the remaining energy given short-term cycling history is presented. This method differs from the traditional state of charge methods typically used in battery management systems by considering energy throughput more directly.

A smart driving system (providing both safety and fuel-efficient driving advice in real time in the vehicle) was evaluated in real-world on-road driving trials to see if any measurable beneficial changes in driving performance would be observed. Forty participants drove an instrumented vehicle over a 50-min mixed-route driving scenario. Two conditions were adopted: one is a control with no smart driving feedback offered and the other is with advice being presented to the driver via a smartphone in the vehicle. Key findings from the study showed a 4.1% improvement in fuel efficiency when using the smart driving aid, importantly with no increase in journey time or reduction in average speed. Primarily, these efficiency savings were enabled by limiting the use of lower gears (facilitated by planning ahead to avoid unnecessary stops) and an increase in the use of the fifth gear (as advised by the in-vehicle system). Significant and important changes in driving safety behaviors were also observed, with an increase in mean headway to 2.3 s and an almost threefold reduction in time spent traveling closer than 1.5 s to the vehicle in front. This paper has shown that an in-vehicle smart driving system specifically developed and designed with the drivers' information requirements in mind can lead to significant improvements in driving behaviors in the real world on real roads with real users.

This paper takes an overall view of findings from the Positive Soundscape Project, a large inter-disciplinary soundscapes study. Qualitative fieldwork (soundwalks and focus groups) have found that soundscape perception is influenced by cognitive effects such as the meaning of a soundscape and its components, and how information is conveyed by a soundscape, for example on the behaviour of people within the soundscape. Three significant clusters were found in the language people use to describe soundscapes: sound sources, sound descriptors and soundscape descriptors. Results from listening tests and soundwalks have been integrated to show that the two principal dimensions of soundscape emotional response seem to be calmness and vibrancy. Further, vibrancy seems to have two aspects: organisation of sounds and changes over time. The possible application of the results to soundscape assessment and design are briefly discussed.

Sound in public urban spaces is often considered in negative terms as both intrusive and undesirable – its referred to as noise! However, this issue is multi-facetted and goes much deeper than simply reducing levels. There are many positive aspects of a soundscape.

In an attempt to progress thinking on positive soundscapes and move towards more practical planning approaches and decision making tools for soundscape assessment, this paper proposes an approach traditionally used in product development and manufacturing quality – The Kano Model