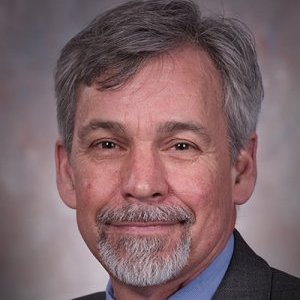 
Paul Michael's area of expertise is in tribology: the science of friction, lubrication and wear.

Paul Michael is the manager of tribology research in MSOE's Fluid Power Institute. He has 40 years of experience formulating and testing lubricants. He is active in ASTM, ISO and NFPA standards committees and serves as a lubrication subject matter expert for major oil companies and the U.S. Military. Michael's areas of expertise include lubricant formulation and testing; contamination control and filtration; and machine failure analysis. He has more than 40 publications on the topics of energy efficient fluids, hydraulic fluid compatibility, filtration, particle characterization, and machinery lubrication.

Prior to joining MSOE, Michael was the technical director of Benz Oil and a laboratory manager for Filmite Oil.

Award of Appreciation, American Society for Testing and Materials (ASTM)

International Journal of Hydromechatronics, Vol. 1, No. 3

2018 Straight- and multi-grade fluids were evaluated in a hydraulic dynamometer that incorporated a pressure-compensated axial piston pump and a fixed displacement axial piston motor. Pump, motor, pressure compensator and directional control valve internal flow losses were determined under various conditions of pressure, speed and temperature. Fluid samples were collected before and at various times during the dynamometer experiments, and viscosity measurements were performed to probe for correlations between viscosity, operating time and system leakage flow losses. The low-shear rate viscosities of the multi-grade fluids decreased linearly through the duration of testing due to polymer degradation. However, system flow losses did not exhibit a statistically significant increase as the multi-grade fluids sheared down. The fluids were also characterized by their permanent viscosity loss produced in sonic and tapered bearing tests and by their temporary shear thinning measured in an ultra-high shear viscometer at several temperatures. The effects of these viscous properties on flow loss were analyzed using an empirical model to identify which measures of viscosity were most correlated to efficiency. The results suggested that the relative contributions of temporary and permanent viscosity loss change as the fluid is used. Further, analysis of torque loss and input power revealed that input power and losses are more useful indicators of the effect of fluids on hydraulic system performance than pump efficiency.

2018 Manufacturers of fluid power equipment have decreased the size of hydraulic fluid reservoirs in response to economic, environmental and performance requirements. Residence times as brief as 30 seconds in mobile equipment are not unusual. Shorter fluid residence times dictate use of hydraulic fluids with improved air release characteristics. In this investigation, hydraulic fluids of the same ISO viscosity grade but varying base oil and additive composition were evaluated in a dynamometer fitted with a reservoir that incorporated an aerator at the inlet, and a mass flow meter at the outlet. The effects of aeration on piston pump efficiency and air borne noise generation were evaluated. Fluids of the same ISO viscosity grade exhibited significantly different air release rates and as a result sustained different volume fractions of entrained air. Hydraulic oils that entrained a greater volume of air demonstrated lower volumetric efficiencies and higher sound levels. Aerated fluids of the identical viscosity grade differed in volumetric efficiency by as much as 8% and perceived sound level by as much as 50%. Models for the effect of aeration on pump performance are presented.

2015 This paper describes an investigation into the effects of fluid properties on piston pump flow losses through experimentation and modeling. The case drain and pressure compensator control flow rates of a variable-displacement axial piston pump were measured under a wide range of conditions. Synthetic ester, high bulk modulus, VI-improved and single grade mineral oils were evaluated. The high bulk modulus fluid exhibited 20% lower flow losses than a conventional mineral oil of the same viscosity grade. The modeling effort extended the flow loss analysis of Jeong to account for compensator control of the pump displacement. Comparisons between model predictions and measured flow losses showed good agreement. Stepwise regression analysis of the model parameters disclosed that the compressible flow term had a greater coefficient of determination than the turbulent or laminar flow terms. These findings demonstrate the potential of combining comprehensive fluid analysis with modeling to optimize fluids for the efficient transmission of power.

An Adsorption Model for the Hydraulic Motor Lubrication

2015 This paper describes an investigation of the effects of fluid properties on hydraulic motor efficiency through experimentation and modeling. Synthetic ester, straight-grade mineral oil, and VI improved hydraulic fluids were evaluated. Fluid properties, including viscosity, shear-stability, density, and traction coefficients, were characterized. A model for relating motor mechanical efficiency to fluid properties was developed. This model combines the viscosity parameter of Stribeck with the surface adsorption model of Michaelis-Menten. The results revealed that fluids with a low traction coefficient improved the low-speed efficiency of motors by transitioning out of the boundary lubrication region at a lower Stribeck number.

An Investigation of Viscosity Effects on Axial Piston Motor Efficiency