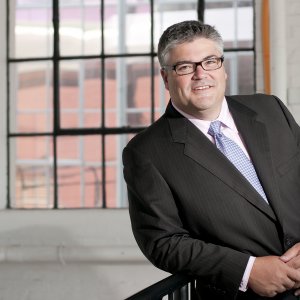 Mr. Palmieri has spent the past 17 years building businesses in and around the wireless technology and media industries. As a founder, corporate executive, investor, industry leader and entrepreneur, his work has had a profound impact on the growth of the mobile industry.

As an entrepreneur, Mr. Palmieri has built Millennial Media into the independent leader in mobile advertising and data. He is also well known for his influential role in mobile entertainment and advertising, having led the mobile multimedia business for Verizon Wireless where he served as an executive for five years. His establishment of new and successful business models have been credited with playing a key role in the birth of the now thriving app economy, mobile display advertising market, text interaction, and the mobile game industry.

Mr. Palmieri was honored as Ernst & Young Entrepreneur of the Year for Maryland in 2010, and Millennial Media was named the top digital media company as the 2010 Overall winner for OnMedia. Also in 2010, Millennial Media won the American Business Award (the Stevie) for most innovative company. The company has 130 employees and is based in the Canton section of Baltimore with offices in NY, London, SF and LA. Millennial Media has raised over 65MM in Venture Capital and its revenues tripled in 2010.

He is active in industry leadership serving as the Global Vice Chair of the Mobile Marketing Association and on the CTIA Wireless Internet Caucus Leadership Council.

Paul received a B.A. from Mount Saint Mary’s College in 1992 and lives in Hunt Valley, Maryland.

Using Advisors to Your Advantage

The Role of the Mobile Device in the Future

The Birth and Growth of the App Economy