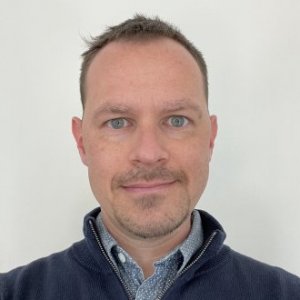 Our lab focuses on drug discovery, and initiatives to promote the betterment of public health. Our laboratory research is rooted in structural biology and biochemistry of neurodegenerative disease. We aim to develop inhibitors of tau aggregation, which is thought to drive neurodegeneration in Alzheimer’s disease and dozens of other neurodegenerative disorders. The lab studies two kinds of prospective tau inhibitors: (1) those that “cap” aggregates of tau to suppress their spread through the brain by prion-like seeding; and (2) “disaggregants” that untangle tau. We are also breaking into new territories: aiming at the blood-brain-barrier (BBB) as a target for early therapeutic intervention. BBB weakening is one of the earliest features of Alzheimer’s neurodegeneration, and yet in other cases the BBB actually hinders therapeutics that are vital for treatment from entering the brain. We are working to determine protein structures of the BBB to aid the development of BBB therapeutics. Structures of the BBB will open doors that allow for the design of intelligent therapeutics to regulate BBB permeability in defined ways, and correct dysfunction to prevent biological cascades that lead to neurodegeneration.

We have used a range of cutting-edge techniques in our endeavors to determine structures of proteins, aggregates and their complexes with drugs. These include single-particle CryoEM, Micro-electron diffraction, and X-ray crystallography. The key to developing drugs for some of the most widespread neuropathologies is understanding the fine features of protein aggregates, and how they interact with therapeutic molecules—antibodies, small molecule natural products and peptides. Prior to joining USC, Dr. Seidler was a Ruth Kirschstein Postdoctoral Fellow at UCLA in the laboratory of Dr. David Eisenberg where his research focused on atomic-resolution structure determination of protein aggregates, and the development of structure-based inhibitors to block prion-like spread of protein aggregation in neurodegenerative disorders. He has been the recipient of numerous awards including a 2018 Turken Research Award for studies on Alzheimer’s disease, a 2019 award from the UCLA Department of Energy (DOE) for scientific productivity, and a Young Investigator Scholarship from the Alzheimer’s Drug Discovery Foundation (ADDF) in 2018 and 2019.

“Tau Structures: From Proteopathic to Protective”

EGCG, the most abundant favanol in green tea, is one of the few natural compounds known to inhibit amyloid fibril formation of proteins associated with neurodegeneration, and to disaggregate amyloid fibrils. Little is known of the mechanism of molecular action of EGCG, or how it or other small molecules interact with amyloid fibrils. Here we present a 3.9 Å resolution cryoEM structure that reveals the site of EGCG binding to Alzheimer’s disease (AD) brain-derived tau fibrils.

Soluble oligomers of aggregated tau accompany the accumulation of insoluble amyloid fibrils, a histological hallmark of Alzheimer disease (AD) and two dozen related neurodegenerative diseases. Both oligomers and fibrils seed the spread of Tau pathology, and by virtue of their low molecular weight and relative solubility, oligomers may be particularly pernicious seeds. Here, we report the formation of in vitro tau oligomers formed by an ionic liquid

2018 Aggregated tau protein is associated with over 20 neurological disorders, which include Alzheimer's disease. Previous work has shown that tau's sequence segments VQIINK and VQIVYK drive its aggregation, but inhibitors based on the structure of the VQIVYK segment only partially inhibit full-length tau aggregation and are ineffective at inhibiting seeding by full-length fibrils.

2014 Grp94 is a macromolecular chaperone belonging to the hsp90 family and is the most abundant glycoprotein in the endoplasmic reticulum (ER) of mammals. In addition to its essential role in protein folding, Grp94 was proposed to participate in the ER-associated degradation quality control pathway by interacting with the lectin OS-9, a sensor for terminally misfolded proteins.

2013 Although the Hsp90 chaperone family, comprised in humans of four paralogs, Hsp90α, Hsp90β, Grp94 and Trap-1, has important roles in malignancy, the contribution of each paralog to the cancer phenotype is poorly understood. This is in large part because reagents to study paralog-specific functions in cancer cells have been unavailable.

Journal of Colloid and Interface Science

2009 Amino-functionalized organic films were prepared by self-assembling 3-aminopropyltriethoxysilane (APTES) on silicon wafers in either anhydrous toluene or phosphate-buffered saline (PBS) for varied deposition times. Fourier transform infrared spectroscopy (FTIR) and ellipsometry have shown that the structure and thickness of APTES films are governed by the deposition time and reaction solution.