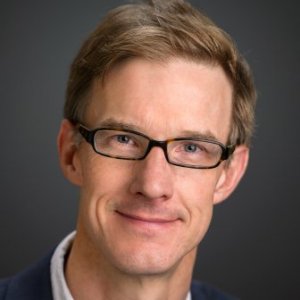 
Paul Steege, PhD, is a go-to expert on twentieth-century Germany and researches the history of violence in everyday life.

Twentieth-century Germany saw some of the most seismic ad world-changing events in modern history. From unification and empire to integration into the European Union, Dr. Steege has an intimate understanding of the cultural influences and events that shaped and secured Germany's enduring place of international importance. Dr. Steege's areas of specialty include the history of Berlin, life in Nazi Germany and during World War II, as well as the Berlin Blockade and Airlift. Steege has recently appeared in U.S. News and World Report.

Op-ed: Yes, you should watch the World Cup Final. Here's why.

Today, just in time for brunch on the U.S. East Coast, France and Croatia will kick off their match in Moscow’s Luzhniki Stadium to decide the 2018 World Cup champion. Soccer fans who check the headlines before they sit down to watch the game may wonder whether, given the problems in the world, devoting time and energy to a soccer match is anything but socially and politically irresponsible.

Villanova opens new Center for History in the Public Interest

Villanova University has officially opened the doors to its immersive new history center that will seek to connect crucial moments in our past with issues of public interest in the present. ... Dr. Paul Steege, who joined the Villanova History Department in 2000 and specializes in 20th-century German history, will serve as the center's inaugural faculty director.

The History of Walls Show They Are a Bad Idea

As a certain English nursery rhyme suggests, walls are frequently tied to bad events. Even so, history shows people in power continually return to the idea of building a wall. Dating back thousands of years, empires, kingdoms and nations have built walls. Most have been built to keep a perceived threat out, such as the Great Wall of China. Others were intended to keep people contained in a space, such as the Cold War-era Berlin Wall in what is today a unified Germany. ... "The danger of a wall is it reduces that conflict to a technical structure," says Paul Steege, a history professor at Villanova University who extensively studied the Berlin Wall. "The West was very comfortable with the Berlin Wall. It made it easier to avoid conflict."

Grant for Research in Germany

Ordinary Violence on an Extraordinary Stage: Incidents on the Sector Border in Postwar Berlin

The History of Everyday Life: A Second Chapter

The Journal of Modern History