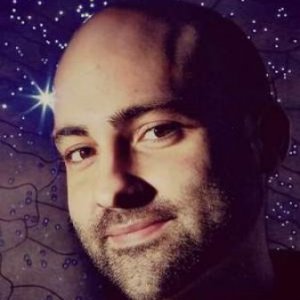 
Astrophysics expert, specializing in the emptiest regions of the universe 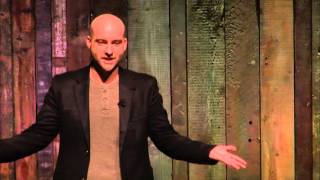 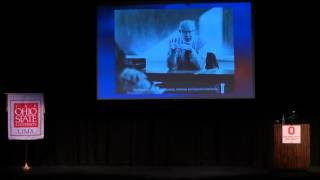 For those who want to know how the universe works, Paul Sutter is a new, fresh voice in science communication. An astrophysicist, writer, speaker, producer, and on-air host everywhere from podcasts to TV, Paul strives to bring science to new audiences. By breaking down formidable concepts, emphasizing the human and artistic aspects of the scientific process, and making science accessible with his characteristic conversational, humorous approach, Paul is the one and only Agent to the Stars.

An established scientist, Paul has authored over 60 academic papers on topics ranging from the earliest moments of the Big Bang, to the emptiest places in the universe, to novel methods for detecting the first stars. He received his PhD in Physics in 2011 as a Department of Energy Computational Science Graduate Fellow, and prior to his current position he held research fellowships in Paris and Italy. He has given over 100 seminars, colloquia, and conference talks at institutions around the world.

Paul's Ask a Spaceman podcast invites listeners to send questions via social media to answer on the show, and is now one of the top podcasts across all subjects globally. As a contributing editor to Space.com, his articles reach over 100,000 readers and are syndicated to CBS News, Scientific American, MSN, and more. A go-to expert for journalists and producers, Paul regularly appears on radio, TV, and in print, and consults on film and TV productions.

Serving as the public face of science for COSI, he gives talks, shows, and appearances across Columbus, including in his popular Deep Space Q&A live planetarium show.

Paul’s company, Active Galaxy Productions, blends science with art in groundbreaking ways. The company’s first project, Song of the Stars, was a Kickstarter-funded dance performance themed from astronomy. The film of the live performance will premiere nationwide on PBS member stations in June 2017.

Paul is routinely sought to give presentations about physics, astronomy, space exploration, the intersection of science and art, and the relationship between science and society.

Intersections of Science and Art

Paul Sutter, an astrophysicist at Ohio State University and chief scientist at COSI, has firsthand experience translating out-of-this-world research. The key, he said, is to appeal to the five senses that humans share. Last year, Sutter demonstrated the galactic waltz of stars, red giants and black holes by working with a local dance troupe to create a live performance piece. Virtual reality and mobile-phone apps also can tell scientific stories through touch, sound and sight. “We can either get up there for an hour and describe it, or we can show you,” Sutter said. “Immediately, you’re just like, ‘I get it.’”...

When the lights went out in the universe

About 5 billion years ago, everything changed. The expansion of the universe, which had been gradually decelerating for billions of years, reversed course and entered into a period of unbridled acceleration. (It was sort of like a car that switches from decelerating to accelerating, but is still moving forward the whole time.) The unhurried, deliberate process of structure formation — the gradual buildup of ever-larger assemblies of matter from galaxies to groups to clusters — froze and began to undo itself...

Could wormholes really work? Probably not

Ah, wormholes. The intergalactic shortcut. A tunnel through space-time that allows intrepid travelers to hop from star system to star system without ever coming close to the speed of light...

Aliens are never the answer

You may have heard in the news recently about weird or mysterious radio signals coming from outer space. It doesn’t matter when you’re reading this article — mysterious radio signals from outer space are almost always in the news. About every six months or so, a flash of excitement and discussion ripples around the world as reports come in from some telescope or probe and the unexplained nature of its observations...

Much ado about nothing: Astronomers use empty space to study the universe

Researchers who are looking for new ways to probe the nature of gravity and dark energy in the universe have adopted a new strategy: looking at what’s not there. In a paper to appear in upcoming issue of Physical Review Letters, the international team of astronomers reports that they were able to achieve four times better precision in measurements of how the universe’s visible matter is clustered together by studying the empty spaces in between. Paul Sutter, study co-author and staff researcher at The Ohio State University, said that the new measurements can help bring astronomers closer to testing Einstein’s general theory of relativity, which describes how gravity works...