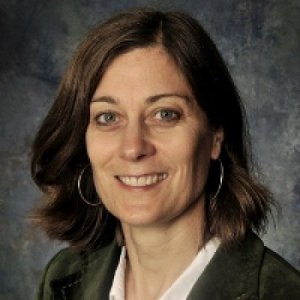 
Penelope Simons has been engaged in research on corporate human rights accountability for over a decade. 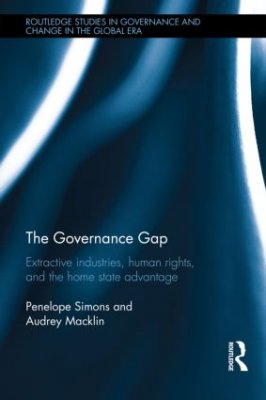 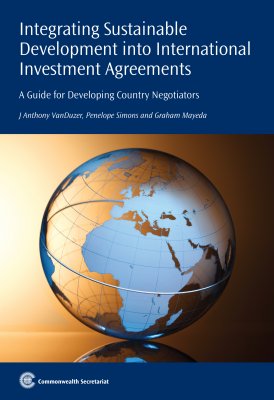 Prior to taking up her position at the Faculty of Law, Penelope was a Senior Lecturer in Law at Oxford Brookes University, Oxford, UK. She was called to the British Columbia Bar in 1996 and practiced corporate/commercial law with McCarthy Tétrault LLP. She has also worked in the nongovernmental sector on peace and disarmament issues.

Penelope has been engaged in research on corporate human rights accountability for over a decade. In December 1999 she participated in the Canadian Assessment Mission to Sudan (the Harker Mission), appointed by Canada's Minister of Foreign Affairs and International Trade, to investigate allegations of slavery as well as links between oil development in Sudan and violations of human rights. Her current research is focused on the human rights implications of domestic and extraterritorial corporate activity, state responsibility for corporate complicity in human rights violations, as well as the intersections between transnational corporate activity, human rights and international economic law.

She is the co-author with Audrey Macklin of The Governance Gap: Extractive Industries, Human Rights, and the Home State Advantage (Routledge, 2014) which examines the human rights implications of corporate activity in zones of weak governance and argues for home state regulation. She is also a co-author with J. Anthony VanDuzer and Graham Mayada of Integrating Sustainable Development into International Investment Agreements:  A Guide for Developing Country Negotiators (Commonwealth Secretariat, 2013), a book that discusses ways in which international investment treaties could be reimagined to address more effectively the sustainable development concerns of party states.

Between rock and responsibility

It was early March when Jeffrey Davidson took the podium in a basement conference room in Toronto. Before a curious audience at one of the world’s largest mining conferences, the PDAC (the Prospectors & Developers Association of Canada) Convention, Davidson spoke with cautious optimism. He noted his belief that this moment presents a “real opportunity” for the mining community to demonstrate its commitment to responsible resource extraction. Davidson’s talk marked one year since he took over a government role critical for the field. A lifelong veteran of the mining industry with a focus on trying to improve the social performance of companies, Davidson was appointed Canada’s Extractive Sector CSR (Corporate Social Responsibility) Counsellor just before PDAC last year.

VANCOUVER (NEWS 1130) – Should foreigners who allege human rights abuses against a Canadian company operating in a foreign land have their case heard in a Canadian court? Such arguments are currently being heard in a Vancouver court. The case involves Vancouver-based mining company Nevsun and three employees from Eritrea.

"The case is still in its preliminary stages .. (but) if the plaintiffs win, it will set a precedent," University of Ottawa law professor Penelope Simons, a human rights legal specialist, told the Thomson Reuters Foundation ...

The United Nations called Canada to account Thursday for its failure to monitor the human-rights conduct of Canadian oil, gas and mining companies operating overseas, and for its refusal to enable access to justice for foreign victims of corporate-related abuses.

The first step towards corporate accountability for actions abroad?

Last week's defeat of Liberal MP John McKay's Responsible Mining Act is in some ways unsurprising. The extractive industry is a large, wealthy and well-connected interest group, with prominent ex-politicians, including former Liberal Minister of International Trade Jim Peterson, among its lobbyists. What's more surprising is how close the final vote was: 140-134.

The deaths of hundreds of thousands of people at the hands of both government and rebel forces in Darfur have captured global headlines and made a mockery of the international "never again" pledge after the 1994 genocide in Rwanda. Now, the International Criminal Court is poised to determine whether an arrest warrant will be issued for the president of Sudan, Omar Hassan al-Bashir, on charges related to the atrocities committed in Darfur, and the ICC's chief prosecutor has just presented evidence against members of a rebel group related to attacks on UN peacekeepers.

2015 Like other states, Canada has eschewed a legal response to dealing with the problem of extractive companies’ involvement in violations of human rights in their overseas activities. This is despite the fact that Canadian extractive companies have been the subject of an increasing number of allegations of wrongdoing, including complicity in human rights abuses, in relation to their operations in developing countries.

Journal of Human Rights and the Environment

2012 In May 2011, the United Nations Special Representative of the Secretary-General on the Issue of Human Rights and Transnational Corporations and other Business Enterprises (SRSG), Professor John G Ruggie, submitted to the Human Rights Council his ‘Guiding Principles on Business and Human Rights’ aimed at implementing his ‘Protect, Respect and Remedy’ policy framework.

2010 There has been a growing focus in Canada on the environmental and social impacts of national extractive companies operating extraterritorially. However, recent disputes concerning the lack of public consultation on pro- posed large domestic mining projects, as well as disputes surrounding Aboriginal rights in lands subject to mining claims, have highlighted significant human rights concerns associated with Canada’s domestic provincial and territorial mining regimes.

Binding the Hand that Feeds Them: The Agreement on Agriculture, Transnational Corporations and the Right to Adequate Food in Developing Countries

This chapter seeks to clarify the impact of the WTO agricultural trade regime and the related unregulated activities of transnational corporate actors on food security in developing states. It investigates the link between the structure of the WTO Agreement on Agriculture, corporate concentration in agricultural markets and food insecurity in developing countries. It does this through an analysis of the right to adequate food, the key tenets of the current agricultural trade regime and related state practice and corporate activities. It concludes by considering proposals for reform in the current Doha Round of WTO negotiations, and the implications for the sovereignty of developing countries, in terms of national policy space to protect and develop their agriculture sector and the right to food.

2007 States routinely provide support and assistance to their corporate nationals in their global trade and investment ventures. While states may not intend to allow corporate nationals to violate human rights in their extraterritorial operations, by their actions or omissions, states may facilitate, or otherwise contribute to, a situation in which such violations by a corporation occur.

Corporate Voluntarism and Human Rights: The Adequacy and Effectiveness of Voluntary Self-Regulation Regimes

2004 In response to increasing public concern over the accountability of transnational corporations (TNCs) for violations of human rights in the states which they operate, governments, corporations and NGOs have promoted the development and implementation of voluntary self-regulatory regimes.

Journal of the History of International Law 2003

Until recently it has been possible to behave as if the nature of the international system was considered to be relatively unproblematic. It was viewed as a system of sovereign “States” which were treated as observable phenomena of that system, each one a quasi- individual, or even a legal person endowed with human tendencies, with human nature, human will.1 Conversely, the individual human being has not been seen as an individual actor in the international sphere but has been primarily perceived as an anonymous component part of the self-standing State. Any legal personality attributed to the individual is a special case created by customary international or treaty law in areas such as the treatment of aliens, international human rights, or responsibility for crimes against humanity. In other words, such limited personality is the product of the legisla- tive will of States.