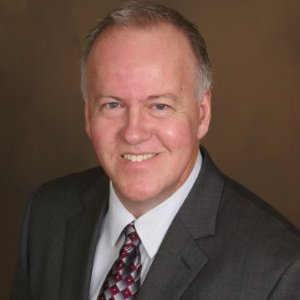 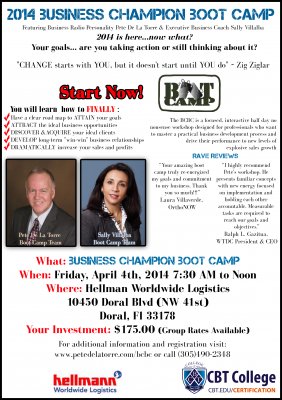 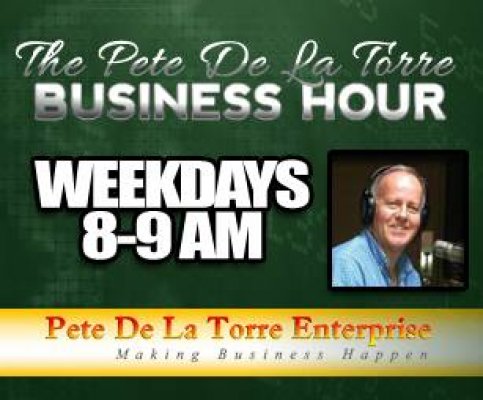 Born in New York City from Cuban immigrant parents. He was raised in Miami since he was 5 years old. Attended Miami-Dade College and Florida International University where he majored in Business Administration. He is a graduate of the Hispanic Leadership Academy at The University of Chicago Booth Business School and recently received his Lean Six Sigma Yellow Belt Certification.

Professionally Mr. De La Torre spent 16 years in the Flowers Importing industry as one of the pioneers in the industry. In 1995 he moved on to work in the financial services industry as a very successful agent and district manager for Axa Advisors. In 2001, Mr. De La Torre was hired as a partner with New York life where he was ranked in the top 50 nationally for all partners with the company.

"Have a vision for tomorrow, but keep an eye on today"- Pete De La Torre

Mr. De La Torre served as Executive Director of The Doral Business Council from early 2005 to September 2011. He was instrumental in the growth of the organization from a 45 member group to a membership base exceeding 700 members in 2011.

Mr. De La Torre is currently President/CEO of Pete De La Torre Enterprise, an organization that specializes in re-inventing businesses through communication, training and professional speaking services. He is also an adjunct professor at Miami-Dade College, the largest college in the U.S.

Pete is The Host of “The Pete De La Torre Business Hour” A live daily radio show focusing on economic development and business opportunities for South Florida. His program is on each morning from 8-9am on 880 am The Biz. He is a regular monthly columnist for Community Newspapers in Miami, FL.

Mr. De La Torre has been involved and held key positions with several non-profit and business organizations in South Florida which include the following groups; Miami Children’s Hospital Foundation, American Heart Association, Greater Miami Chamber of Commerce, Chamber South. Highlighting his accomplishments was his tenure as a Board of Director with The Coral Gables Chamber of Commerce from 2000-2004.

Mr. De La Torre currently sits on several boards including The International MBA Advisory board of Florida International University and The Back on Track Network.

"I highly recommend Pete’s workshop. He presents familiar concepts with new energy focused on Implementation and holding each other accountable. Measurable tasks are required to reach our Goals and Objectives."

"Pete De La Torre is the consummate professional who delivers all that he promises and more, and the results are considerable. We were very pleased with the coverage and the direction of the radio campaign. Pete provided our bank with new audiences and new opportunities. I would recommend making The Pete De La Torre Business Program part of any marketing and public relations program.”

"I would like to thank you for an amazing boot camp. It truly re-energized my goals and commitments to my business. Thank you so much!!!"

"I wanted to thank you for a great Boot Camp and for giving us the opportunity to focus and learn to set short term goals and objectives. The Marketing Plan you presented and the DOING IT NOW…… modules were amazing and extremely helpful to me."