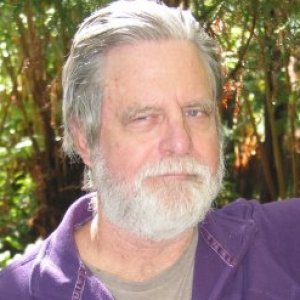 
Speaker on the nature of Consciousness and Neurophilosophy. If you want something completely different, this is it.

My Grandfather, on my Father's side, was a Mexican highway robber. The only honest work he did was as a bull thrower. It isn't done anymore, but I've retaine he genes. The other Grandfather, on Pop's side was the result of an impregnated Great Grandmother who returned from Czar Alexander III's palace with a child and a decent amount of tokens demonstrating the Royal families thanks for being a good wet nurse, as well as secret paramoour. On Mom's side, well she was born in a snow storm in a log cabin in Brigham City Utah. Zohamah went on to attract some of the more famous folks of the 20th century, including my Father, Jean Charlot. Look him up. He did more in a lifetime than most of us do if we had 20 lifetimes. Both of them are my primary educators. I spun off from that unusual upbringing to doing all kinds of things. From producing plays, speaking to groups from the "Young President's Association" to the incarcerted, to students and folks of all ages. I've done enough blue collar work to qualiy as a laborer. Yet, I've produced plays that have influenced my community. I alighted on Neurophilosophy and now, having been the primary parent in raising my daughter, am embarking, once again, on a quest that is informative, disturbing, humorous, and capable of truly altering one's self image.

I am a natural born speaker, alwaays have been, always will be. The subjects I speak on have evolved over the years and now I am on to Neurophilosophy and brain function theory. It may sound obscure, but it is the heart and soul of whatever your agenda is.

Primary parent for raising my daughter who is entering college in the honors program. This has been my focus for 17 years and one reason why I am totally pleased. I never doubted my ability as a Father.

Always keep your back to an exit.

Focused on Hawaii, I have written and produced a number of plays on the stories that struggle to be hears from a paradise that is anything but. In 1993 my playwriting career came to an abrupt halt. It was a question of politics. Yet, I managed to pull off some terrific one man pieces despite being more or less blacklisted.

If it hasn't emerged yet as you've read this profile, then I am slowing up. I kind of missed a few centuries. There was a time in the courts of France that wit was the most highly regarded of arts. I would have done well. Unfortunately, America is terrfied of wits and only allows a few to survive, and certainly not on the community level. It has been a great asset for what I do, but I make employers nervous.

Despite the fact I can't read my own handwriting or do simple arithmetic, I have an extraordinary ability to question and answer some of the more exciting questions of our time. I've written a book on the nature of the mind. I know that some of the insights that lay within are most important to impart to others.

See my background info if you find yourself gulping in wonder. I know. I know. It is just unheard of, but then you didn't go to St. David's. My Father was a professor and I was raised in the acaademic milieu. I never was comfortable with it for a number of reasons. Yet, what happens? I spend my life as an educator.

The nature of the mind and how it works. I Powerpoint the audience into a universe they have never imagined. I mean never. This is an importaant tool that is waiting to be understood as to just how to make it worthwhile. Yet, for those that learn of it, they know the potential for true change and advancement is there. This is a pragmatic presentation and I do not offer New Age or spiritualistic ideas. This is brain function for a theatre professional's point of view.