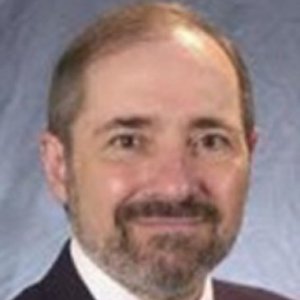 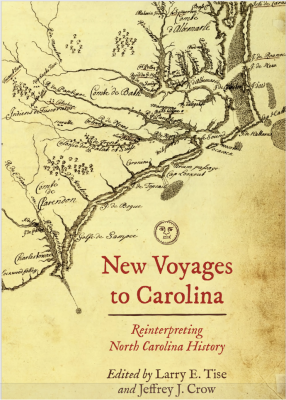 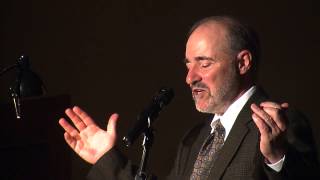 Peter Coclanis, Albert R. Newsome Professor and former chair of the history department, is director of the Global Research Institute at the University of North Carolina at Chapel Hill. The Global Research Institute, founded in 2009, is envisioned as a center for scholarly research on key international questions and as a conduit through which generated knowledge can successfully be disseminated and applied to problems in the real world.

As Albert R. Newsome Professor of History, Coclanis works primarily in American, Southeast Asian and international economic and business history. He is currently working on the creation of integrated world markets for tropical and semi-tropical commodities, with a special emphasis on rice. This project has taken him to archives and rice paddies all over the world. Coclanis is the author and editor or co-editor of numerous books. He has also written over 150 scholarly articles, essays and book reviews.

Coclanis has received various grants and fellowships over the years and has previously served as associate dean for general education of the College of Arts and Sciences at UNC from 1993 to 1998, and chaired the Department of History from July 1998 to December 2003. He is also an adjunct professor in the Department of Economics and a faculty affiliate in the Department of Asian Studies.

Coclanis is the former president of several large professional organizations, including the Historical Society and the Agricultural History Society, and is the recipient of a lifetime achievement award and concurrent professorship from the Chinese Ministry of Agriculture. In fall 2005, he held the Sir Thomas Stafford Raffles Distinguished Professorship in History at the National University of Singapore.

Coclanis was born in Chicago and received his Ph.D. from Columbia University in 1984, joining the faculty at UNC that same year.

Allan Nevins Prize of the Society of American Historians (professional)

Awarded the Allan Nevins Prize for the best-written doctoral dissertation on a significant subject in American history, "The Shadow of a Dream"

Questions relating to global security have dominated the headlines in recent weeks, pushing discussions of other important aspects of human security off the front page, to appear several clicks away from home pages. Yet many of these questions will still be with us long after groups such as ISIS have faded away. Food security is one. How will the world feed a rapidly growing world population (current projections run to about 9.7 billion by 2050, or 31% more than today) of more affluent consumers desiring more resource-intensive protein and dairy-based diets? And how will we do so with less land to use (and often of declining quality), less water, less fertilizer and fewer pesticides? And all this in the context of climate change?...

The Pas de Deux in Burma

Although rightly overshadowed by the heinous terrorist attacks in Paris on November 13th and the ongoing crisis in Syria, one of the biggest international news items of late was probably the Burmese election held on Sunday, November 9th. The run-up to the vote commanded a great deal of attention throughout the year, largely because the fairness of the process—almost as much as the results themselves—would tell outsiders much about the fate of the political reforms that began in 2010...

Trying to Teach Big Agra in a Hotbed of Locavores

While riding on a bus in southern Thailand in the late 1990s, I sat next to a serious-looking Korean man in his early 30s. We struck up a conversation, and I asked why he was heading to Prachuap Khiri Khan. Working up a little smile, he said he needed a vacation because he had a tough job. My interest piqued, I asked what he did. No longer smiling, he replied that he was a Christian missionary in Pakistan...

GMO announcement shows Chipotle must be Spanish for hypocrisy

For some time now, the so-called fast-casual segment of the restaurant industry has irritated me. This hybrid segment does not offer table service and has no wait staff. What it promises or, more accurately, professes over and over again is the provision of higher quality food, prepared more “naturally” than its purportedly déclassé fast-food cousins. In the eyes of ownership, management and often self-righteous customers, you’d think we were talking entities more akin to the Arc de Triomphe or at least the Gateway Arch than to the Golden Arches of Mickey D’s...

The economic case for U.S. immigration reform has been made often and well. We know about the striking business success of entrepreneurial immigrants and the children of immigrants. We know about the key roles newcomers to America are playing in economically stressed communities all over the country. We know—from the Congressional Budget Office—about the positive fiscal effects for the U.S. of immigration reform...

Failing to Excite: The Dixie Dynamo in the Global Economy

ABSTRACT: The motivation for this essay—and the reason for placing it at the end of this collection—is presumably related to the fact that we are currently living in an uncertain period wherein North Carolina’s principal economic problems, challenges, and opportunities have global dimensions or, at the very least, global connections.¹ This being the case, someone perforce had to take on North Carolina’s engagement with the world over the last few decades, a period of rapid globalization, and speculate a bit about the future—about the direction of the state’s “new voyages,” in other words. pp. 332-353

2006 During the past decade or two, Atlantic history has insinuated itself into the very depths of the historical discipline. In so doing the approach has transformed early American history for better or worse or, more accurately, for better and worse. What is it about Atlantic history ...

Drang Nach Osten: Bernard Bailyn, the World-Island, and the Idea of Atlantic History

2002 ABSTRACT: This essay attempts at once to perform three interrelated tasks: to provide a brief sketch of the development of the field of Atlantic history; to document and assess Bernard Bailyn's monumental contributions to this field; and to issue a respectful but spirited ...

On the puzzling cycle in the biological standard of living: the case of antebellum Georgia

1997 We investigate the physical stature of Georgia convicts, both white and black, born in the first half of the 19th century. We confirm the existence of the antebellum puzzle, the decline in biological well-being at a time of general economic prosperity, for the first time in a civilian ...

1995 The determination of anthropometric historians to unearth the broad patterns of human biological well-being is now too well known to need reiteration. From Richard Steckel's exploratory essays, which could be taken as the launching manifesto of the discipline, to ...

Distant thunder: The creation of a world market in rice and the transformations it wrought

1993 Rice (Oryza Sativa) has shaped the lives of relatively few Westerners over time. It has dominated the lives of fewer still. While the cereal has been known in the West since Antiquity, its production and consumption for the most part have been of only minor importance, occurring at the margin of Western foodways...