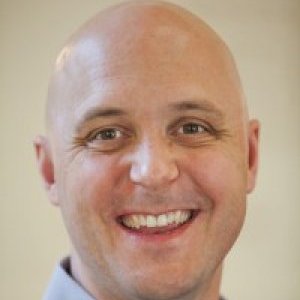 
Mucha's current research focuses on the mathematical and computational study of networks, developing tools for the study of real-world data. 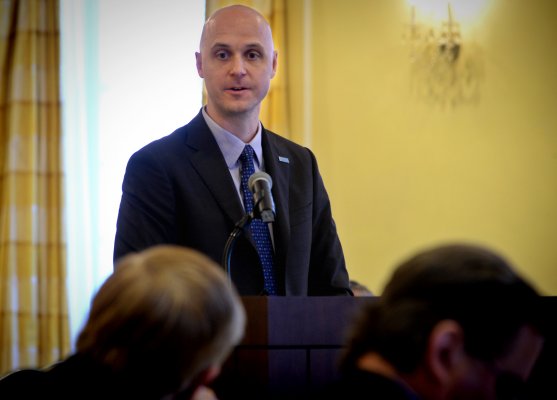 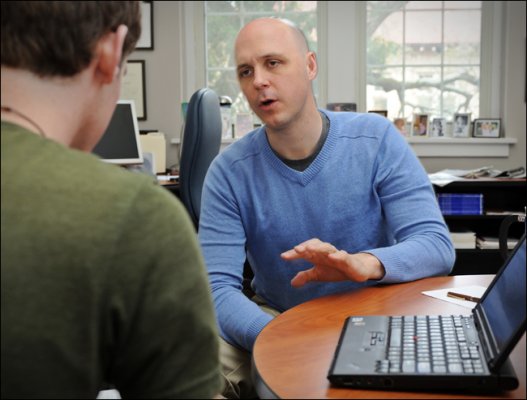 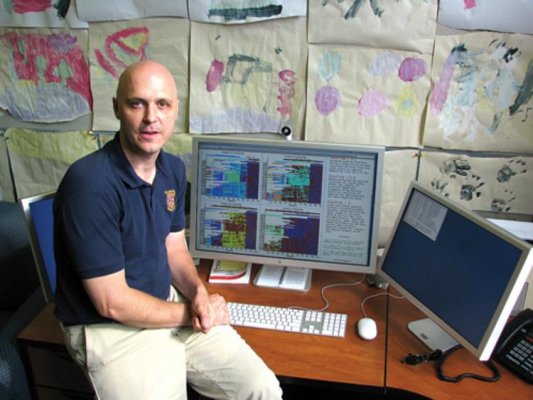 Mucha's research group embraces an interdisciplinary approach to data science focused on networks and network representations. He uses mathematical models and statistical principles to develop and apply computational tools for the study of real-world data, working in close collaboration with domain science experts. Most people are familiar with the concept of a network in terms of hyperlinked web pages or online social networks (e.g. Facebook). Such online networks are an area of broad interest, but networks are also useful for studying a wide variety of connected systems. With "nodes" representing actors of interest and "edges" connecting the nodes representing the relationships under study, the concept of a network can be flexibly used in many applications and across many academic disciplines. He and his students have applied network analysis to the topics of sports, politics and even Facebook.

Developing and understanding tools for the study of real-world data

The researchers warned, however, that the more deeply divided these international cliques were, the more significant the risk of war becomes. "We measured how fragile these networks are to breaking up into communities," Peter Mucha, a mathematician at the University of North Carolina who helped develop the new statistical model, said. "Remarkably, that fragility in a mathematical sense has a clear political consequence in terms of increased conflict.”

July 31, 2015 The Black Death spread across Europe leaving few in its wake, so it's natural to think about it as a wave of devastation. But spare a thought for how it might have travelled, had the afflicted been able to hop on an airplane: long-distance flights foster the appearance of clusters in the spatial evolution of a contagion, with potentially more disastrous consequences. And now, Dane Taylor and colleagues have used a well-known model to map contagions in space, showcasing a technique for predicting — and perhaps controlling — spreading on complex networks.

It wasn’t always this bad. The growth of political polarization, in 1 chart

June 5, 2013 Earlier today, we wrote on one of the main underpinnings of political polarization in the country -- the deep split on what the proper role of government should be. ,,, Their conclusion? "We have not seen the current level of partisanship since the early 1900s," write James Moody of Duke and Peter Mucha of UNC.

Altmetrics and the Future of Science

June 29, 2012 While one can examine science in many different ways, there is a great deal of power in using a network methodology. As I wrote about before, you can use network to understand relationships between individuals and ideas, and see how science grows and changes. And networks were used to wonderful effect! For example, in one presentation, Peter Mucha showed how to use the academic genealogy of mathematicians in order to determine institutional prestige.

April 30, 2012 Are you connected to college friends on Facebook? New research shows that these social networks tend to form around graduation year or university housing – rather than other interests. The paper, “Social structure of Facebook networks,” was co-authored by Dr. Peter Mucha at the University of North Carolina-Chapel Hill and Dr. Mason Porter of the University of Oxford. The paper is published online in the journal Physica A. The research was supported by the National Science Foundation, the UNC ECHO program and the James S. McDonnell Foundation.

March 31, 2010 At Carolina, Mucha’s primary research areas include the study and simulation of microscopic and macroscopic models of interacting particle systems and agent-based models. He is particularly interested in systems with direct applications – whether physical, biological or social – including networks, neutrally buoyant and sedimenting suspensions, granular materials, colloidal systems and swarming. Whatever he and his students are working on, the goal is to find simplified mathematical and computational descriptions that capture the essential properties of the system.

Aug. 4, 2009 The study’s authors used network science to crunch the results of every single at-bat between 1954 and 2008 — and thanks to a baseball version of “Six Degrees of Kevin Bacon,” it’s possible to compare players who never faced each other. “The time frame of baseball history we studied is connected, and those connections in principle could be leveraged to compare players across eras,” said Peter Mucha, a University of North Carolina mathematician. “There is at least one path between every pair of players in the network.”

Kantian fractionalization predicts the conflict propensity of the international system

2011 ABSTRACT: We study the structure of social networks of students by examining the graphs of Facebook “friendships” at five US universities at a single point in time. We investigate the community structure of each single-institution network and employ visual and quantitative tools, including standardized pair-counting methods, to measure the correlations between the network communities and a set of self-identified user characteristics (residence, class year, major, and high school). We review the basic properties and statistics of the employed pair ...

2011 ABSTRACT: Human learning is a complex phenomenon requiring flexibility to adapt existing brain function and precision in selecting new neurophysiological activities to drive desired behavior. These two attributes—flexibility and selection—must operate over multiple temporal scales as performance of a skill changes from being slow and challenging to being fast and automatic...

2010 ABSTRACT: Network science is an interdisciplinary endeavor, with methods and applications drawn from across the natural, social, and information sciences. A prominent problem in network science is the algorithmic detection of tightly connected groups of nodes known as communities...

Notices of the AMS

2009 ABSTRACT: “But although, as a matter of history, statistical mechanics owes its origin to investigations in thermodynamics, it seems eminently worthy of an independent development, both on account of the elegance and simplicity of its principles, and because it yields new results and places old truths in a new light in departments quite outside of thermodynamics.”...

A network analysis of committees in the US House of Representatives