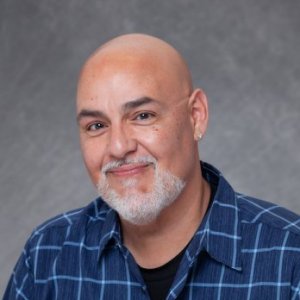 Peter Sham is associate professor of theatre at Southern Utah University. He’s been a regional actor/director for over 35 years, and is known nationally and internationally for his work as bookwriter/lyricist for "Lend Me A Tenor The Musical" (Brad Carroll, composer), which celebrated a successful run at the Gielgud Theatre on London’s West End and is currently enjoying first class productions throughout Germany, Australia and in select theatres across the United States.

Most recently Sham wrote the book, music and lyrics for "Under Construction: The Blue Collar Musical!" which had its world premiere at The Neil Simon Festival, summer 2017. Professor Sham is the author of the musicals Toyland, and It’s a Dog’s Life: Man’s Best Musical, and the plays A Christmas Carol: On The Air (also written with Brad Carroll), its sequel Frankenstein: On The Air, Shakespeare’s Moby Dick, a classical adaptation of Herman Melville’s American novel, and Killer Kane (written with William Peter Blatty – The Exorcist).

A veteran regional and off-Broadway actor for over 35 years, he was a principal member of the Tony Award-winning Utah Shakespeare Festival for 12 seasons, and has performed at such places as The Neil Simon Festival (for which he now serves as artistic director), Asolo Theatre, Milwaukee Repertory Theatre, Studio Arena Theatre, Eastside Playhouse, Perry Street Theatre & Artpark.

Sham has directed over 85 productions throughout the Eastern United States and Utah and has served as artistic director of the Eichelberger Performing Arts Center in Hanover, Pennsylvania and Bristol Valley Playhouse in Naples, New York.

Sham earned a master of fine arts in acting from the University of Delaware. 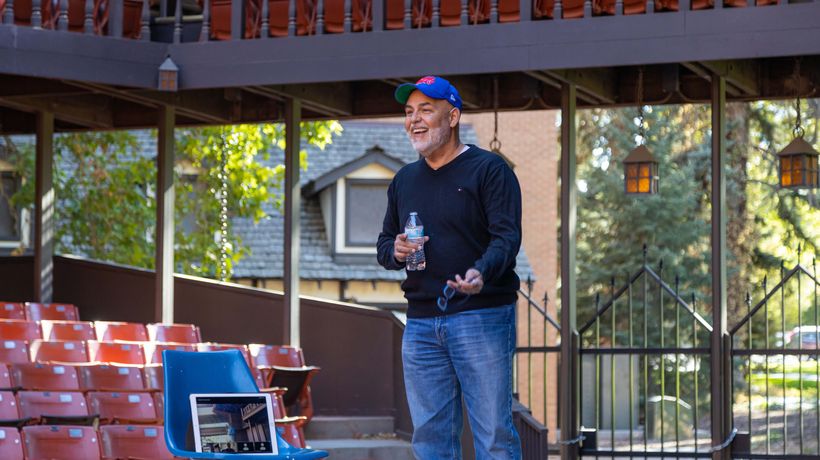 The Entire World is an Improv Right Now 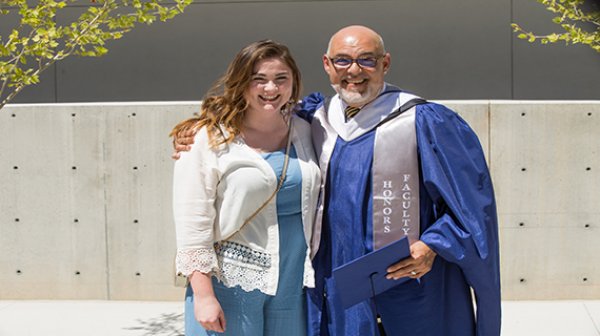 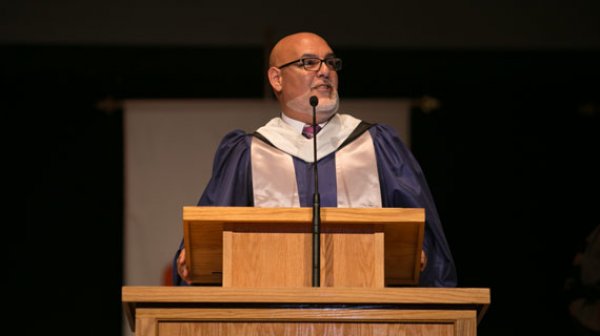 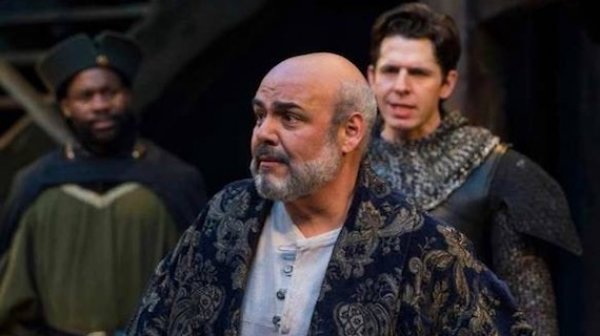 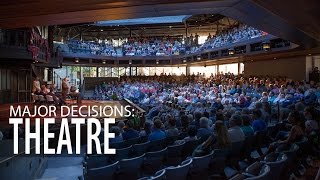 Scholar of the Year (professional)

Board of Trustees Award for Excellence (professional)

Director of the Year

‘Frankenstein on the Air’ Should Become a New Tradition

A sequel, of sorts, to Peter Sham and Brad Carroll’s regionally popular “A Christmas Carol On the Air,” “Frankenstein On the Air” is written and adapted by Peter Sham from Mary Shelley’s Frankenstein and Orson Welles’ radio play “War of the Worlds” by H.G.Wells. Characters from the original “A Christmas Carol On the Air” make a comeback in this all new radio broadcast that includes a radio play, sci-fi alien invasion newscast scare, a cooking show, a quiz show and even a word from the sponsors sung in clever jingles by three Scare-O-lettes.

I had the absolute pleasure of attending the premiere of the Neil Simon Festival’s new Frankenstein On the Air, performed wonderfully at The Heritage Center Theater in Cedar City. Upon entering, audience members are delighted by the performance space and the open yet cozy feel of The Heritage Center. The stage was adorned in spider webs, pumpkins, gourds, and cornucopias, instantly setting the mood for the season and possibly encouraging cravings for a pumpkin spice latte. The set is completed by the “ON THE AIR” and “APPLAUSE” signs hanging from ceiling and the foley table centering the stage that provides all the wonderful sound effects for the show, certainly giving an old-time “on the air” radio show environment.

When you write what you know there’s always a better chance of telling an authentic story. Perhaps that’s why Neil Simon’s “Eugene trilogy” is so inherently moving. The three-play series tells the semiautobiographical story of Eugene Jerome, a young man based on the playwright himself.

Don’t assume that with “Under Construction: The Blue Collar Musical,” which has its world premiere this season at the Neil Simon Festival in Cedar City. Playwright Peter Sham has strong credentials. After all, his “Lend Me A Tenor: The Musical,” co-written with composer Brad Carroll, premiered locally at the Utah Shakespeare Festival and eventually went on to London’s West End.

Peter Sham is at it again — writing an out of the box play and releasing it as a world premiere musical on Cedar City’s theatre scene. “Under Construction: The Blue Collar Musical," Sham’s latest musical, is making its debut at the Neil Simon Festival’s 2017 season. Sham fills the roles of playwright, lyricist and co-director for this touchingly funny production.

It’s only been a couple of months since the 2016 season of the Neil Simon Festival wrapped up, but there’s already big news about coming projects. Peter Sham, who has worked with the festival for a few seasons now, has been announced as the new artistic director for the Cedar City-based theater festival. He will replace festival founder Richard Bugg, who will continue to work with the festival as its executive producer.

An intensive studio approach to introduce the student to the basic principles of acting and its artistry through vocal and physical awareness, character development, and analysis.

Specialized course designed for those intending to enter the professional theatre. Special topics and techniques are taught by faculty and professional artisans in a variety of areas such as: performance, audition, design, management, and technical areas in preparation for pursuing post baccalaureate employment or graduate studies.

A methods course designed for the beginning directing student. Students will learn the terminology and fundamentals of stage direction.