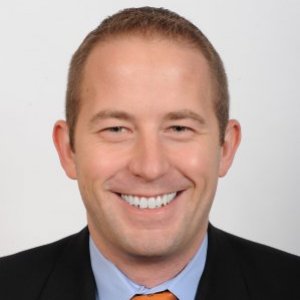 In his capacity as Senior Director of Interactive Media for the Boston Celtics, Peter Stringer is responsible for crafting the team’s digital marketing and social media strategy. He joined the team as Internet Operations Manager in November 2005.

Stringer launched and cultivated the Celtics’ digital and social media channels, building an audience of over 6.9 million ”Likes” on Facebook (currently the third-largest audience among North American professional sports teams) and over 850,000 followers on Twitter. He oversees content development and strategy for Celtics.com, Pinterest, Instagram and YouTube, as well as the Celtics mobile application.

Stringer has been an innovator in the digital sports marketing space, conceptualizing and developing Celtics Game Time Live, the NBA’s first live-game tracking and blogging experience in 2008. He also conceptualized and oversaw the development of Celtics 3-Point Play, a first-of-its kind Facebook application that captured over 100,000 names for the Celtics fan database over the course of its first two seasons.

Stringer has served as an expert panelist at and presenter at digital marketing conferences around the United States as well as abroad. He also writes content for the team’s digital channels and fan magazine. A 1998 graduate of Boston University with a Bachelor’s degree in Print Journalism, Stringer currently resides in Boston, MA.

Stringer launched and cultivated the Celtics’ digital and social media channels, building an audience of over 6.9 million ”Likes” on Facebook, currently the third-largest audience among North American professional sports teams.