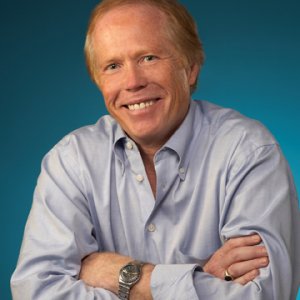 With an impressive career spanning over 35 years in television and advertising, Peter is now focused on sharing his knowledge and helping people excel in communicating in the 21st century – through video and other digital media.

He is first and foremost a coach for presenters and on-camera personalities. But his coaching skills go beyond mere performance.

He is skilled at crafting highly focussed, succinct speeches, scripts, or presentations that get to the point and get results. Peter began his thirty-year journey crafting thirty-second commercials for some of Canada’s largest national retailers, climbing quickly to become a managing partner in Canada’s largest retail advertising agency, Palmer Jarvis & Associates, in the 1980s.

Rounding out his perspective was a stint as Communication Manager for the energy industry's largest multinational, Imperial Oil, in the mid '80s.

He is technically skilled and experienced in all aspects on television production, particularly in the latest digital production techniques. In 1986, he began his own corporate television production company, continuing to win numerous awards and accolades and growing it to a million dollar organization. It remains a viable entity even today.

Peter is a prolific writer, director and producer, creating for a variety of media. His focus now is helping beginning and intermediate "web celebs" harness technology and become more powerful on-camera presenters, through webinars, live one-on-one coaching, speaking to groups and written materials.

Peter continues to develop video programs for some of the country's largest corporations, through his production company, Media One Communications. He coaches executives, consults and speaks across North America through Presentations Incorporated.

He holds a B.A.A. in radio and Television through Ryerson University