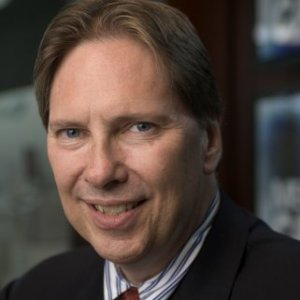 Peter Weedfald is President of Gen One Ventures. The company works non-exclusively and directly for GE (General Electric) providing sales, marketing, operations, product management and retail channel consulting across GE Licensing’s family of business partners. In July of 2008, Peter was President of GE | General Displays and Technologies, a joint venture between GE and Tatung formed to architect, sell and market GE HDTV’s and other CE product lines, globally.

In 2006 Mr. Weedfald served as SVP, Chief Marketing Officer, a section 16 Officer of Circuit City Corporation leading a team of 275 marketing and digital professionals. Peter oversaw all marketing, store environments, advertising, communications, product development and CircuitCity.com which grew over $500 million dollars in 24 months. From 2001 through 2006 Peter led a team of over 400 people as SVP of Sales. Marketing and Financial Operations in North America for Samsung Electronics leading the company from $350 million to $3.5 billion dollars in 6 years. Under Peter's leadership the company attained the number one market share in every TV category and was ranked the fastest growing brand by Interbrand, five years in a row. Peter was honored to be promoted to an EVP Corporate Officer of Samsung Corporation in Seoul, Korea, one of only 500 global executives to earn this mark. Prior to joining Samsung peter, from 1998 to 2001 was SVP of global marketing and EVP, GMM of Internet Appliances for the ViewSonic Corporation, a worldwide provider of advanced display technology. Prior to joining ViewSonic, Peter served for ten years in various executive VP, Publisher sales and marketing positions at Ziff-Davis Publishing across such magazines and web sites as PC Magazine, Computer Shopper, Windows Sources, Mac User and MacWeek. Out of college, Peter's served as VP of sales and marketing for the Lanier Corporation serving for ten years in various sales and marketing leadership roles.