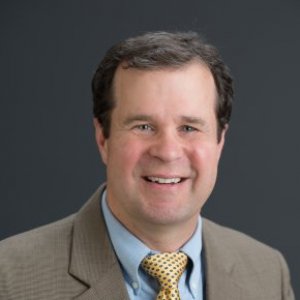 Dr. Zaleski is a leading expert in the area of markets, pricing, economic strategy and business structure. He has commented on food prices and issues around retail business. He has appeared in The New York Times, The Christian Science Monitor, TheStreet and Knowledge@Wharton.

Heat wave: Four things that will rise with the temperatures

Malls are high on the list of places where people frequent for free air conditioning outside the home. So it’s not a surprise that retail sales jump during heat waves, especially on goods related to keeping cool. ... “When you see items like these picking up, it’s a pretty safe bet they’re affected by the weather,” says Peter Zaleski, an economist at the Villanova School of Business in Pennsylvania. Professor Zaleski says retailers are very adept at using weather tracking early each season to determine what items to stock and at what volume, and they understand that “people are willing to pay a higher price” when immediacy is at play.

Chicago SRW wheat futures are on the upswing in early October, with December 2016 contracts up over the $4.00 level, and March, 2017 prices trading around $4.23. ... Any gain for farmers and investors could be muted by wheat harvest activities in overseas bourses - especially in Russia. "What happened in wheat over the past few years is that Russian exports began to dominate the world market," says Peter Zaleski, an economics professor at the Villanova School of Business. "In response, U.S. stockpiles increased. That led U.S. farmers to cut back on their acres of wheat planted. With planting reduced, prices could go higher, but if Russia continues to supply the world, any upward pressure on prices due to the U.S. cutback will be tempered."

Will Microsoft’s LinkedIn Purchase Pay Off?

Microsoft’s planned acquisition of professional services network LinkedIn for $26.2 billion could pay off at several levels. ... The planned merger is “a good move,” according to Peter Zaleski, chair of the department of economics at Villanova University. “Typically, I don’t like mergers between two unrelated companies … but there are some synergies here that can be exploited,” he said. “Microsoft has a strong presence in the markets for software, browsers and operating systems, and LinkedIn would be another offering it could capitalize on.” He described the deal as a “win-win,” adding that the early beneficiaries would be LinkedIn shareholders.

Consumers continue to shift their buying habits online, placing a greater burden on stores in malls to revamp and enhance the shopping experience. Although shoppers are feeling the pinch of stagnant wages, they are still heading to the malls because people are “social beings and require human contact,” said Peter Zaleski, an economics professor at Villanova School of Business. “Malls will recover, but those that flourish will be the ones that continually renovate and continue to offer a new or unique experience,” he said.

While the surge in cost of eggs has stabilized and pork has become cheaper, consumers should not expect a reprieve in the cost of beef. ... Restaurants have avoided increasing prices due to the egg shortage, which could be the result of watching how pork prices recovered quickly last year after a virus which infected hogs caused supply to shrink and pushed the price of pork up by 8% to 10% in 2014, said Peter Zaleski, an economics professor at Villanova Business School.

The Effect of Leasing versus Buying on Entry Deterrence

Start-Ups and External Equity: The Role of Entrepreneurial Experience

The American Economic Review at 100: A Summary of the Journal’s Most Frequent Contributing Authors and Institutions