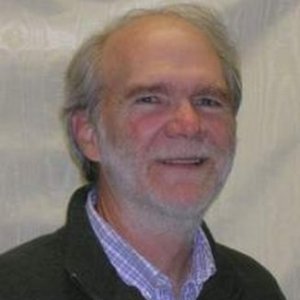 Phil Robertson is University Distinguished Professor of Ecosystem Science in the Department of Plant, Soil, and Microbial Sciences at MSU, with which he has been associated since 1981. From 1988 to 2017 he directed the NSF Long-Term Ecological Research (LTER) Program in Agricultural Ecology at the W.K. Kellogg Biological Station, where he is a resident faculty. He is currently science director for the Department of Energy’s Great Lakes Bioenergy Research Center.

Dr. Robertson has been a SCOPE-Mellon postdoctoral fellow at the Royal Swedish Academy of Sciences (1980-1981) and a sabbatical scholar at Cooperative Research Centres in Adelaide (1993-1994) and Brisbane (2001-2002), Australia. His service includes membership on the Dept. of Energy’s Biological and Environmental Research Advisory Committee (BERAC) and past membership on the U.S. Carbon Cycle Scientific Steering Committee, chairmanships of competitive grants panels at the USDA, and membership on various NSF panels in the Biological and Geosciences directorates. He served as chair of the U.S. LTER Network from 2008-2011, and was a lead chapter author for the 2014 U.S. National Climate Assessment. He has served on National Research Council Committees and chaired the Environment Subcommittee of the NRC Committee on Opportunities in Agriculture (2002). He has testified before the U.S. Senate Agriculture, Forestry, and Nutrition Committee and participated in briefings for the U.S. House and Senate Science and Technology and Agriculture Committees. He has also served as an editor for the journals Ecology, Ecological Monographs, Plant and Soil, Biogeochemistry, and PNAS.

Dr. Robertson is a Fellow of the Soil Science Society of America (2003) and the American Association for the Advancement of Science (AAAS; 2015). In 2005 he received MSU’s Distinguished Faculty award. He received his BA from Hampshire College and his PhD in Biology (Ecology and Evolutionary Biology) from Indiana University.

Nitrogren Use and Loss from Agriculture

2018 Perennial grasses can assimilate nitrogen (N) fixed by non-nodulating bacteria living in the rhizosphere and the plant's own tissues, but many details of associative N fixation (ANF) remain unknown, including ANF's contribution to grass N nutrition, the exact location of fixation, and composition of the associated microbial community. We examined ANF in switchgrass (Panicum virgatum L.), a North American perennial grass, using 15Nenriched N2 isotopic tracer additions in a combination of in vitro, greenhouse, and field experiments to estimate how much N is assimilated, where fixation takes place, and the likely N-fixing taxa present. Using in vitro incubations, we documented fixation in root-free rhizosphere soil and on root surfaces, with average rates of 3.8 μg N g root−1 d−1 on roots and 0.81 μg N g soil−1 d−1 in soil.

2017 Cellulosic biofuels offer environmental benefits not available from grainbased biofuels and are a cornerstone of efforts to meet transportation fuel needs in a future low-carbon economy, even with electrified vehicles and other advances. Bioenergy with carbon capture and storage (BECCS) is also key to almost all Intergovernmental Panel on Climate Change mitigation scenarios that constrain end-of-century atmospheric CO2 to 450 parts per million.

2016 Soils are integral to the function of all terrestrial ecosystems and to food and fibre production. An overlooked aspect of soils is their potential to mitigate greenhouse gas emissions. Although proven practices exist, the implementation of soil-based greenhouse gas mitigation activities are at an early stage and accurately quantifying emissions and reductions remains a substantial challenge. Emerging research and information technology developments provide the potential for a broader inclusion of soils in greenhouse gas policies. Here we highlight ‘state of the art’ soil greenhouse gas research, summarize mitigation practices and potentials, identify gaps in data and understanding and suggest ways to close such gaps through new research, technology and collaboration.

2017 Knowledge of production-system performance is largely based on observations at the experimental plot scale. Although yield gaps between plot-scale and field-scale research are widely acknowledged, their extent and persistence have not been experimentally examined in a systematic manner. At a site in southwest Michigan, we conducted a 6-y experiment to test the accuracy with which plot-scale crop-yield results can inform field-scale conclusions. We compared conventional versus alternative, that is, reduced-input and biologically based–organic, management practices for a corn–soybean–wheat rotation in a randomized complete block-design experiment, using 27 commercial-size agricultural fields.

2015 The de½ning challenge of sustainable agriculture is the production of food and other agricultural products at an environmental cost that does not jeopardize the food security and general welfare of future generations. Feeding another three billion people in the face of climate change, biodiversity loss, and an environment already saturated with excess nitrogen and other reactive pollutants requires new approaches and new tools in the design and deployment of workable solutions.

Encyclopedia of Agriculture and Food Systems