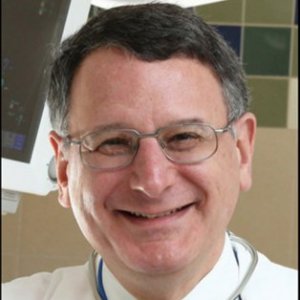 Philip B. Gorelick is a professor of translational science and molecular medicine at MSU and the emeritus medical director of the Hauenstein Neuroscience Center at Saint Mary’s Health Care in Grand Rapids, Michigan.

His work is centered around stroke prevention and identifying risk factors.

Gorelick has received nearly $40 million in research funding from the National Institutes of Health and has helped lead a clinical trial studying a new clot-busting drug for strokes. He has also worked with the American Heart Association offering guidance on preventing cognitive impairment and dementia by controlling risk factors for cardiovascular disease.

2005 Awarded by the Mayo Clinic

"“Research summarized in the advisory convincingly demonstrates that the same risk factors that cause atherosclerosis are also major contributors to late-life cognitive impairment and Alzheimer’s disease,” Philip B. Gorelick, MD, MPH, FAHA, executive medical director of Mercy Health Hauenstein Neurosciences in Grand Rapids, Michigan, and the chair of the advisory’s writing group, said in a press release. “By following seven simple steps — Life’s Simple 7 — not only can we prevent heart attack and stroke, we may also be able to prevent cognitive impairment..."

2008 The American Heart Association/American Stroke Association (AHA/ASA) Writing Committee for the Prevention of Stroke in Patients With Stroke and Transient Ischemic Attack (TIA) has reviewed the results of recent trials that were published after our previous recommendations were issued.1 Our intention in the present statement is to provide a brief review of the new data, to update specific recommendations, and to provide the reasons for any modifications. The 2 areas in which major new clinical trials have been published are (1) the use of specific antiplatelet agents for stroke prevention in patients with a history of noncardioembolic ischemic stroke or TIA and (2) the use of statins in the prevention of recurrent stroke.

2008 Large artery intracranial occlusive disease (LAICOD) is a common and important stroke subtype. In this commentary, we review key epidemiological aspects of LAICOD.

1999 Stroke, the third leading cause of death in the United States, is a leading cause of adult neurological disability and accounts for the greatest number of hospitalizations for neurological disease. Although treatment of acute stroke has the potential of reducing death and disability, it is likely that prevention will more effectively reduce the ravages of stroke. The patient who is recovering from a mild stroke or who has had a recent transient ischemic attack (TIA) is at high risk of stroke recurrence, physical and intellectual disability, long-term institutionalization, and death.