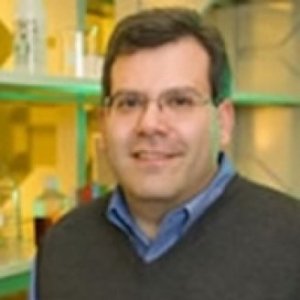 A new HIV treatment aimed at women could be on the horizon – let our experts explain for your stories. 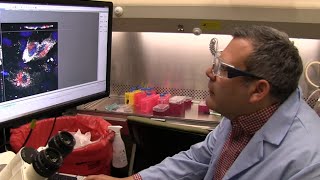 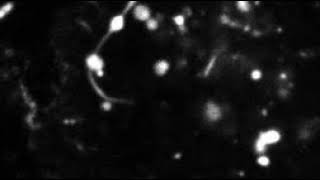 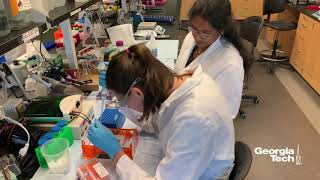 Dr. Philip J. Santangelo is an Assistant Professor in the Wallace H. Coulter Department of Biomedical Engineering. He graduated from Polytechnic University in 1991 with a B.S. in Aerospace Engineering. In 1998, he obtained his Ph.D. in Engineering from the University of California at Davis under Dr. Ian Kennedy, on the development of laser-based diagnostics for multiphase reacting jets and droplet streams. Dr. Santangelo followed his Ph.D. with a postdoctoral fellowship at Sandia National Laboratories in Livermore, California under Christopher Shaddix, and a position in industry, at Micron Optics, Inc., in Atlanta, Georgia. Next, Dr. Santangelo returned to academia as a postdoctoral fellow and then as a research faculty member at Georgia Tech under Dr. Gang Bao until his current appointment at Georgia Tech.

Optical Microscopy and In Vivo Imaging

A tiny 3D-printed tracheal splint that makes it possible for babies to breathe. An experimental method of drug delivery that could protect kids from a nasty respiratory virus. An app that screens kids (and adults) for anemia, no blood draws needed.

RSV sends some 57,000 US children younger than 5 to the hospital each year. There’s no vaccine for the virus, which usually only causes cold-like symptoms. Medications doctors sometimes use to prevent it in high-risk children aren’t always effective.

Almost every child gets respiratory syncytial virus (RSV), which causes cold-like symptoms. It’s usually not a big deal if they’re healthy, but every year in the U.S. some 57,000 children under the age of five are hospitalized with the infection. To make matters worse, there’s no vaccine and a medication sometimes used to prevent RSV in high-risk children isn’t always effective. Now researchers at the Georgia Institute of Technology have developed a promising method of delivering antibodies directly to the lungs, improving their efficacy in warding off RSV.

In the last year, a diverse suite of anti-Zika vaccines has rapidly advanced through preclinical development and into human trials. A Phase 1 trial testing one approach, which relies on DNA to encode vaccine components, has already yielded encouraging results. Now, another nucleic acid, messenger RNA (mRNA) is joining the Zika-vaccine toolbox. According to a study published in Nature today (February 2), a single shot of a vaccine containing Zika virus mRNA encapsulated in a lipid nanoparticle induced protective immune responses in both mice and Rhesus macaques.

2019 Vaccines have protected against many deadly diseases, but they are less effective at defending against pathogens with weakly immunogenic or rapidly mutating antigen epitopes. Adjuvants that specifically trigger Toll-like and cytosolic receptors have been developed to enhance vaccine potency against antigens with poor immunogenicity. We hypothesized that adjuvant combinations delivered on pathogen-like particles (PLPs) could further improve the breadth and potency of the innate immune response. PLPs were synthesized by encapsulating hydrophobic adjuvants inside PLGA microparticles and nanoparticles, which were functionalized with polyethylenimine to facilitate surface loading of charged RNA or ssDNA adjuvants. The immune response of a virus PLP (TLR7/RIG-I adjuvants) and a Gram-negative bacteria PLP (TLR4/TLR9 adjuvants) was evaluated in bone marrow-derived dendritic cells (BMDCs). The viral PLP induced a broadened immune response by simultaneously inducing cytokine profiles representative of the individual adjuvants. The Gram-negative bacteria PLP induced synergistic upregulation of IFN-b and IL12-p70 at both the gene and protein level. Studies in BMDCs from knockout mice revealed that TRIF signaling cooperates with MyD88 signaling and IRF5, not IRF3 or IRF7, is the primary interferon regulatory factor driving synergistic cytokine responses. Moreover, the Gram-negative bacteria PLP could induce upregulation of pro-inflammatory genes and synergistic DC activation in vivoafter IM injection. Ongoing work will evaluate the molecular mechanisms governing adjuvant synergy with PLPs and assess if PLPs can enhance flu vaccine potency in challenge studies

2019 Visualization of the spatio–temporal trafficking of vaccines after their delivery would help evaluate the efficacy of candidate formulations and aid their rational design for preclinical and translational studies. Here, we show that a dual radionuclide–near-infrared probe allows for quantitative, longitudinal and non-invasive monitoring, via positron emission tomography–computed tomography and near-infrared imaging of cynomolgus macaques, of the trafficking dynamics to draining lymph nodes of a model messenger RNA vaccine labelled with the probe. After intramuscular administration of the vaccine to the monkeys, we observed the dynamics of the mRNA vaccine at the injection site and in the draining lymph nodes, performed cellular analyses of the involved tissues using flow cytometry and identified through immunofluorescence that professional antigen-presenting cells are the primary cells containing the injected mRNA and encoding the antigen. This approach may reveal spatio–temporal determinants of vaccine efficacy in preclinical and translational studies employing large mammals.

Proximity Ligation Assays for In Situ Detection of Innate Immune Activation: Focus on In Vitro-Transcribed mRNA

2019 The characterization of innate immune activation is crucial for vaccine and therapeutic development, including RNA-based vaccines, a promising approach. Current measurement methods quantify type I interferon and inflammatory cytokine production, but they do not allow for the isolation of individual pathways, do not provide kinetic activation or spatial information within tissues, and cannot be translated into clinical studies. Here we demonstrated the use of proximity ligation assays (PLAs) to detect pattern recognition receptor (PRR) activation in cells and in tissue samples. First, we validated PLA’s sensitivity and specificity using well-characterized soluble agonists. Next, we characterized PRR activation from in vitro-transcribed (IVT) mRNAs, as well as the effect of sequence and base modifications in vitro. Finally, we established the measurement of PRR activation in tissue sections via PLA upon IVT mRNA intramuscular (i.m.) injection in mice. Overall, our results indicate that PLA is a valuable, versatile, and sensitive tool to monitor PRR activation for vaccine, adjuvant, and therapeutic screening.

2016 Antiretroviral drug therapy (ART) effectively suppresses replication of both the immunodeficiency viruses, human (HIV) and simian (SIV); however, virus rebounds soon after ART is withdrawn. SIV-infected monkeys were treated with a 90-day course of ART initiated at 5 weeks post infection followed at 9 weeks post infection by infusions of a primatized monoclonal antibody against the α4β7 integrin administered every 3 weeks until week 32. These animals subsequently maintained low to undetectable viral loads and normal CD4+ T cell counts in plasma and gastrointestinal tissues for more than 9 months, even after all treatment was withdrawn. This combination therapy allows macaques to effectively control viremia and reconstitute their immune systems without a need for further therapy.

2014 α 4 β 7 integrin–expressing CD4+ T cells preferentially traffic to gut-associated lymphoid tissue (GALT) and have a key role in HIV and simian immunodeficiency virus (SIV) pathogenesis. We show here that the administration of an anti-α 4 β 7 monoclonal antibody just prior to and during acute infection protects rhesus macaques from transmission following repeated low-dose intravaginal challenges with SIV mac251. In treated animals that became infected, the GALT was significantly protected from infection and CD4+ T cell numbers were maintained in both the blood and the GALT. Thus, targeting α 4 β 7 reduces mucosal transmission of SIV in macaques.