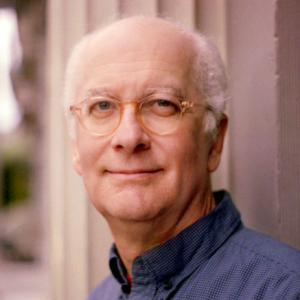 
Curator, writer, editor, blogger—amplifying my enthusiasms for many audiences. 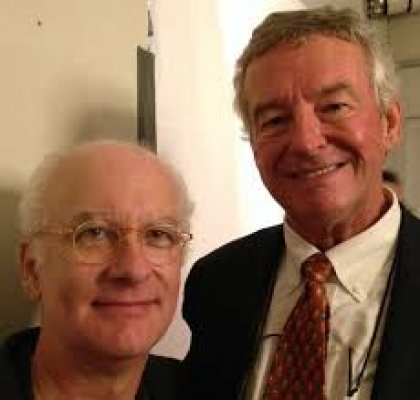 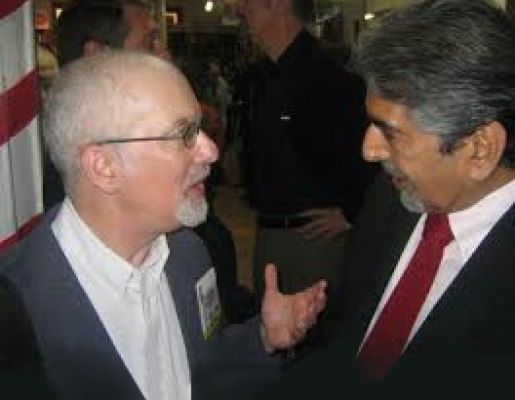 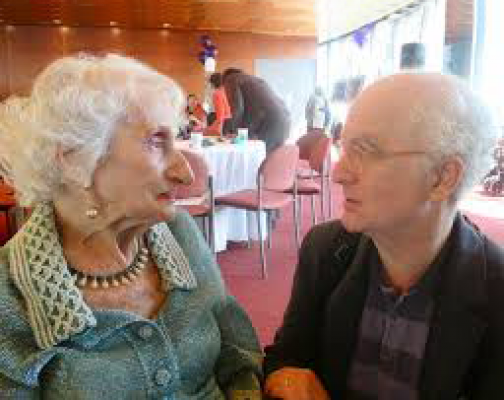 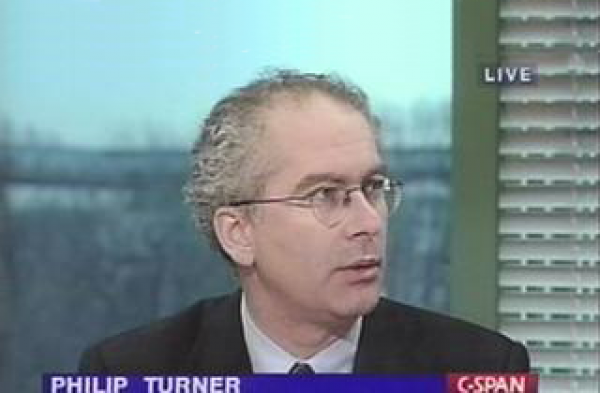 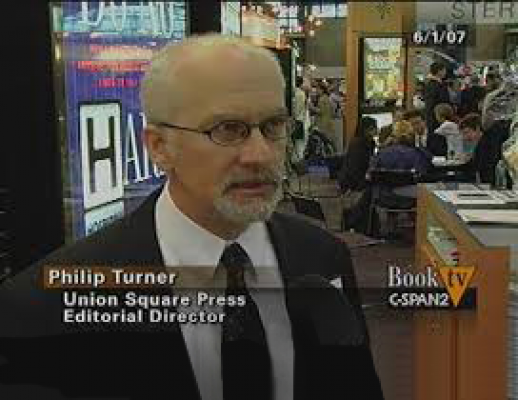 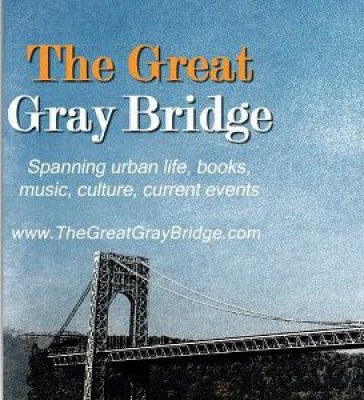 Philip Turner is a publisher, publishing consultant, writer, editor, curator, blogger, and independent editor & author representative. Since 2009, he has operated Philip Turner Book Productions, an editorial services business which represents select projects to publishers, and consults with authors on developing their work. He writes and curates two Wordpress blogs, The Great Gray Bridge and Honourary Canadian, where he covers books, publishing, current affairs, media, live music, and urban life. He attends the NXNE Festival in Toronto each June as accredited press.

In 1986--after seven years formative experience operating Undercover Books, a three-store independent bookstore chain in Cleveland, Ohio--Philip began working as an editor for major publishing houses. Over the past 2 1/2 decades he has held a number of senior positions with publishers in New York City, acquiring and publishing many notable titles. As Senior Editor and Editor-in-Chief of Kodansha America and Kodansha Globe from 1992-1997, he published the first paperback edition of Barack Obama’s DREAMS FROM MY FATHER: A Story of Race and Inheritance (1996).

As Executive Editor of Times Books, then a division of Random House, Philip was the imprint’s liaison to the New York Times and published books with the editors of the NY Times Book Review, and such Times departments as Real Estate, Dining, Movies, City, and Health. While Executive Editor and Editor-in-Chief with Carroll & Graf from 2000-2006, Philip edited and published several New York Times and Washington Post bestsellers.

As an editor and publisher, Philip is known for publishing books by and about singular witnesses–-whistleblowers, truthellers, muckrakers, revisionist historians–-people who’ve passed through some crucible of experience that’s conferred on to them elevated author-ity, leaving them by definition the only person who could write the book in question, or about whom it could be written.

Whether told in the first person by an author who has passed through some crucible of experience that leaves them uniquely qualified to tell the tale, or in the third person by a reporter or scholar who has pursued a story or historical episode with single-minded passion, Philip is devoted to publishing imperative nonfiction, books that really matter in people’s lives.

Philip Turner Book Productions offers a diverse menu of editorial services to authors, agents, publishers, and businesses that want a new polish to their writing.

Invited to be visiting editor at this major international book fair. After attending the Fair, I traveled to Prague where I met with Czech publishers who were newly liberated after the end of the Cold War.

Acquired, edited and published The Politics of Truth-A Diplomat's Memoir: Behind the Lies that Led to War and Betrayed My Wife's CIA Identity by Ambassador Joseph Wilson, a NY Times and Publishers Weekly bestseller.

Acquired, edited and published COVERT: My Years Infiltrating the Mob by Bob Delaney and Dave Scheiber

Contributed "Remembering Mr. Stress, Live at the Euclid Tavern" to RUST BELT CHIC: A Cleveland Anthology, a personal essay on a legendary blues musician I followed avidly for many years.

Franconia College was an experimental college located in the White Mountains of New Hampshire. The small school was a self-governing institution and a big part of my education there was participating in the governance of the college.

Philip Turner is an experienced and talented editor. We have collaborated on numerous projects that have been greatly heightened because of Phil's contribution. He is an accomplished writer and even more importantly a talented thinker. I recommend him highly.

“We owe a lot to Philip Turner. It was his vision as a veteran book editor that opened the doors of the publishing world to our first book, Covert: My Years Infiltrating the Mob. Philip's steady hand through the editing process, many valuable insights, and even-keeled approach made him a pleasure to work with on Covert, eventually named a best book of 2008 by USA Today. We had the opportunity to join forces with Philip again in the past year, this time in his expanded capacity as editor and co-agent for our latest project Surviving the Shadows: A Journey of Hope Into Post-Traumatic Stress. His versatility and wisdom in the ways of the publishing industry would be a huge asset to anyone looking for a guiding force and strong ally amid the challenge of bringing a book to life.”—Bob Delaney and Dave Scheiber, co-authors of Covert and Surviving the Shadows

Robert Fuller, Robert W. Fuller, author of the novel The Rowan Tree; Somebodies and Nobodies: Overcoming the Abuse of Rank; and All Rise: Somebodies, Nobodies, and the Politics of Dignity | Dignity Works

“Philip's broad knowledge of the publishing industry enables him to help authors avoid the pitfalls that keep many worthy projects from ever seeing the light of day. In particular, he shows respect for authors by explaining his suggestions and listening to their "reasons why." The resulting sense of collaboration fosters creativity, and, working with him, I had the sense that my book was improving before my eyes. In addition to spotting and proposing hundreds of felicitous small changes in The Rowan Tree, Philip never lost sight of voice, character, and story. He sets his sights, and helps authors set theirs, on creating books that "really matters in people's lives," as he puts it. If there's a better reason for writing and publishing, I can't think of it. For authors who want their books to matter, Philip Turner is your editor.”

"We recommend Philip Turner with great appreciation and without hesitation. With Philip's vast experience and stellar track record, we were grateful to find him always engaged in the nitty-gritty of improving our book FROZEN, and empathetic to our needs and fears as writers. As our editor, he was the perfect mix of hard-working and professional yet supportive and nurturing. His expertise and talents greatly improved the language, structure and pacing of the book, all the while remaining faithful to the voice and tone we as authors had originally envisioned. His notes on the craft of storytelling were flawless and his suggestions were inspired. Working with Philip was like taking a master class in editing. Our book and our writing are all the better for the experience."

As an in-house editor at more than a half-dozen publishing companies over twenty-five years, one of my biggest challenges was always to try and keep somewhat current with the enormous volume of printed submissions that was continually flooding in across my desk. And once the Internet fully entered the workflow, the volume—owing to the greater ease with which agents and authors could submit material—took an exponential leap. This workshop highlights how to overcome publishing industry challenges.

Navigating the Publishing Landscape; Building a Blog Identity for Authors

How authors can find readers amid the new publishing landscape defined by print-on-demand, ebooks, and social media How authors can establish a memorable identity for themselves via blogging and their social networks.