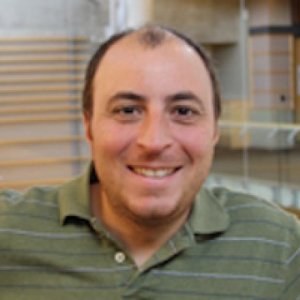 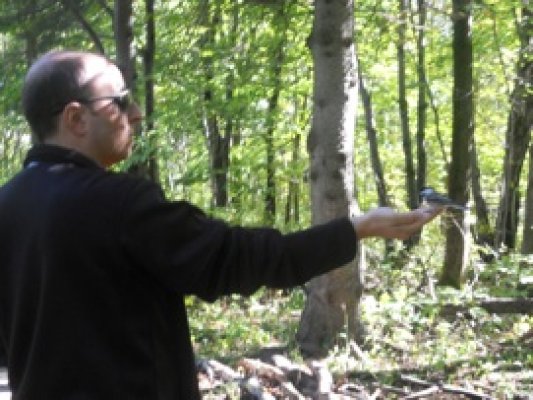 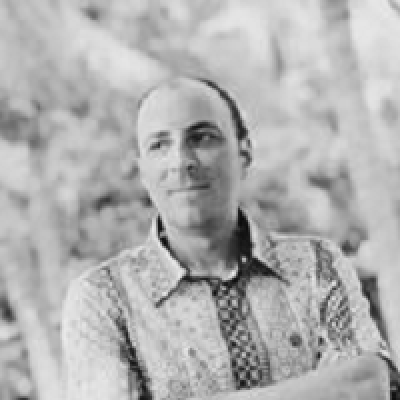 Complex spatio-temporal or space-time phenomena often generate intricate and surprising patterns observed in ecological settings such as flocks of birds or schools of fish. On a larger scale, human disturbances can lead to fragmented habitats that can disturb the movement patterns of some species such as the threatened woodland caribou. Conversely, spatio-temporal patterns can be also leveraged to improve the performance of large coupled systems of devices, such as lasers and gyroscopes.

An Associate Professor of Mathematics in the Faculty of Science, Pietro-Luciano Buono, PhD, focuses his research on the development of innovative mathematical tools to build and analyze mathematical models of complex spatio-temporal phenomena, mostly via the interplay of dynamical systems and symmetry methods. Passionate about demonstrating the impact of mathematics in science and technology, he has teamed up with mathematicians, biologists and engineers to bring his expertise to the forefront of current trends in mathematical modelling across several disciplines.

Notably, his most recent collaborations aim to develop and apply mathematical approaches to the challenges of predicting animal movement and distribution. A better scientific understanding of these patterns will help optimize the management of boreal forest ecosystems essential to the economy of Canada’s northern regions while mitigating the impact of human activity on caribou populations.

Dr. Buono joined UOIT as an Assistant Professor in 2004, and was appointed to his current role in 2009. He has been instrumental in the development and growth of graduate programs in Modelling and Computational Science. Dr. Buono is an Adjunct Professor in the Department of Mathematics and Statistics at Queen’s University in Kingston, Ontario and Université Laval in Québec.

Ecology - Animal Movement and Space Use

During this two-year post-doctoral fellowship. Dr. Buono collaborated with researchers in Canada and the U.S. on delay-differential equations.

Appointed to the editorial board of this Québec journal for the popularization of mathematics.

Board of Directors, Canadian Applied and Industrial Mathematics Society (professional)

In this role, Dr. Buono has been appointed Communications Officer of the Executive Committee to 2019.

UOIT researcher exploring the connection between math and biology

Woodland caribou are endangered species, even though they are still found in the northern sections of most provinces.

“The closest most Canadians will likely ever come to encountering a caribou is seeing them on the flip side of quarter,” says Dr. Pietro-Luciano Buono, a mathematician in the Faculty of Science at the University of Ontario Institute of Technology. “Caribou are threatened not only by predators such as wolf and bear, but increasingly by human disturbances of their habitat structure brought about by logging and mining industrial activities.”

Synchronization and Dynamics in Symmetric Networks of Diﬀerential Equations: with Applications to Sensing and Power Devices

Patterns in Collective Motion and Space Use of Animal Populations: A Mechanistic Approach

Stability Analysis and Bifurcations of the Hip-Hop Orbit and Beyond

Stability Analysis and Bifurcations of the Hip-Hop Orbit and Beyond

This five-year research program aims to further the development of bifurcation theory of nonlinear dynamical systems with symmetry, and its applications. Using existing theory, Dr. Buono will further the study of specific differential equation models, and subsequently use the models to stimulate the emergence of new theoretical tools and techniques.

A Spatial Theory for Characterizing Predator-Multiprey interactions in Heterogeneous Landscapes Proceedings of the Royal Society of London B: Biological Sciences

Dynamics, Bifurcations and Normal Forms in Arrays of Magnetostrictive Energy Harvesters with All-to-All Coupling International Journal of Bifurcation and Chaos

Modeling and bifurcation analysis of an energy harvesting system composed of coupled resonators using the Galfenol-based magnetostrictive material are presented. The analysis in this work should be broad enough to be applicable to a large class of vibratory-based energy harvesting systems since various types of vibratory harvesters share the same normal forms, e.g. magnetostrictive and piezoelectric materials.

The advent of novel engineered or smart materials, whose properties can be significantly altered in a controlled fashion by external stimuli, has stimulated the design and fabrication of smaller, faster, and more energy-efficient devices. As the need for even more powerful devices grows, networks have become popular alternatives to advance the fundamental limits of performance of individual units.

The study of self-organised collective animal behaviour, such as swarms of insects or schools of fish, has become over the last decade a very active research area in mathematical biology. Parabolic and hyperbolic models have been used intensively to describe the formation and movement of various aggregative behaviours. While both types of models can exhibit aggregation-type patterns, studies on hyperbolic models suggest that these models can display a larger variety of spatial and spatio-temporal patterns compared to their parabolic counterparts.

Pattern formation in self-organized biological aggregation is a phenomenon that has been studied intensively over the past 20 years. In general, the studies on pattern formation focus mainly on identifying the biological mechanisms that generate these patterns. However, identifying the mathematical mechanisms behind these patterns is equally important, since it can offer information on the biological parameters that could contribute to the persistence of some patterns and the disappearance of other patterns.

The modelling and investigation of complex spatial and spatio-temporal patterns exhibited by a various self-organised biological aggregations has become one of the most rapidly expanding research areas. Generally, the majority of the studies in this area either try to reproduce numerically the observed patterns, or use existence results to prove analytically that the models can exhibit certain types of patterns. Here, we focus on a class of nonlocal hyperbolic models for self-organised movement and aggregations, and investigate the bifurcation of some spatial and spatio-temporal patterns observed numerically near a codimension-2 Hopf/Hopf bifurcation point.

The assessment of disturbance effects on wildlife and resulting mitigation efforts are founded on edge-effect theory. According to the classical view, the abundance of animals affected by human disturbance should increase monotonically with distance from disturbed areas to reach a maximum at remote locations.