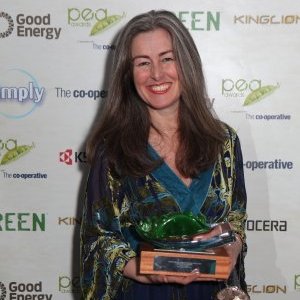 Polly Higgins was born in 1968 and spent her childhood in the west of Scotland, in Stirlingshire and the Highlands.

Her years as a barrister in London courts, where she represented both individuals and corporations on discrimination cases and corporate law, led her to the conclusion that the Earth was in need of a good lawyer. The planet was also being treated unfairly and the tools of her trade were not adequate. Quite simply, the laws to protect the interests of the Earth do not exist.

Polly Higgins proposed Ecocide as the 5th Crime Against Peace to the UN in 2010. Polly is an international lawyer, barrister and award-winning author. Her most recent book is Earth is our Business: changing the rules of the game which has been hailed as ‘groundbreaking.’ Polly is the author of the award-winning book Eradicating Ecocide: laws and governance to prevent the destruction of our planet. She has been voted one of the “World’s Top 10 Visionary Thinkers” by the Ecologist, named ‘the Planet’s lawyer’ by the 2010 Change Awards and more recently won ‘Campaigner of the Year 2012′ by the PEA Awards.

Winner of the ‘Campaigner of the Year 2012′ by the PEA Awards in London, UK. (professional)

Winner of the ‘Campaigner of the Year 2012′ by the PEA Awards in London, UK.