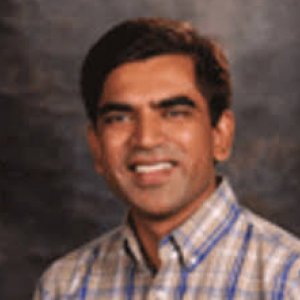 
Prakash Bhoi is an expert in hydrocarbon, jet fuels, advanced biofuels, and biopower. 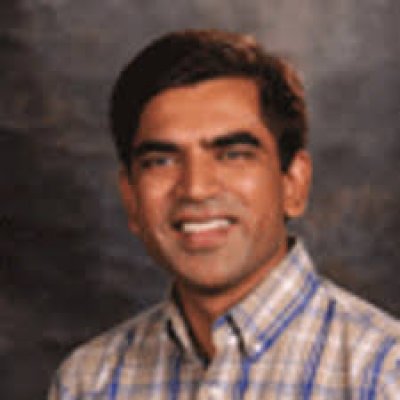 Prakash Bhoi is an Assistant Professor in the Department of Mechanical Engineering at Georgia Southern University.

2017 The demand for energy is ever increasing since the establishment of human society. In recent years, the demand for energy is steadily increasing due to growth of population and industrial development. As conventional sources of energy are on the verge of extinction and are considered threat to the environment, search for alternative forms of energy is increasing. Biodiesel is one of the sources that can play a pivotal role for future energy, especially in transportation sector, as an alternative to diesel fuel. Jatropha is regarded as one of the best options for biodiesel production in tropical and subtropical developing countries. In terms of fuel properties and emission factors, biodiesel from Jatropha has advantages over conventional diesel. In addition, Jatropha biodiesel when compared with other biodiesel is more environment friendly as there is less emissions of greenhouse gases. A review on performance of Jatropha as a fuel shows that, although emission of NOx is increased from 5.58 to 25.97%, PM is reduced by 50 to 72.73%, CO by 50 to 73%, HC by 45 to 67% and CO2 by 50 to 80%. However, the future of the Jatropha biodiesel will also depend upon the establishment of low-cost and competent biodiesel production technologies.

2017 The power production from renewable sources must increase to meet the growing demand of power across the globe on a sustainable basis. Unlike most of gasification works that use high density biomass (e.g. wood chips) to generate a high quality syngas, here we introduce a novel gasification system that can use underutilized low density biomass resources to produce power and electricity with high efficiency yet minimum set-up requirement and low emissions. Switchgrass, one of locally abundant and low density biomass, was used as the biomass feedstock. A unique pilot-scale patented gasifier with a cyclonic combustion chamber having a capacity of 60 kW was used. A commercial natural gas – based, spark-ignition (SI) engine with capacity of 10 kW was modified to measure and control air-fuel ratio and fed with the syngas produced directly from the gasifier. The engine load was regulated by an electric load bank to evaluate the engine operational characteristics. The natural gas was used as the reference feed to evaluate the engine and emissions performance. Gas composition and flowrate, output power, electrical efficiency, and exhaust emissions such as CO2, CO, NOx, SO2, and hydrocarbons were measured. Net electrical efficiency of 21.3% and specific fuel consumption (SFC) of 1.9 kg/kWh were achieved while producing 5 kW at the maximum load using syngas, while 22.7% of electrical efficiency and 0.3 kg/kWh of SFC were achieved using natural gas at the equivalent load. NOx and HC emission produced from the engine was significantly affected by the gas fed and the load applied. CO2 emission varied moderately yet significantly with the increasing load, while CO and SO2 emissions did not strongly influenced by the load variation. NOx emission was 21.5 ppm that complies with the California emission standard limit (25.9 ppm). The study results showed that with minimum set-up, the downdraft gasification system coupled with existing commercial natural gas-based spark-ignited (SI) engine can satisfactorily generate sustainable power supply with high efficiency and minimum emissions to support off-grid power application.

2017 The overall goal of this study was to scale-up a patented downdraft gasifier system for development of a mobile power plant. A 100 kg/h up-scaled downdraft gasifier system was designed, built and evaluated using switchgrass and eastern redcedar as feedstocks. The effect of equivalence ratio (0.15–0.30) were studied for each of biomass feedstock. Performance parameters, including composition, syngas yield, heating value, tar content, and gasification efficiencies were measured and analyzed. Results showed that biomass type and equivalence ratio have a significant influence on the syngas compositions and calorific value. Maximum gasification efficiencies for switchgrass and redcedar were 64 and 80% at optimal equivalent ratios of 0.22 and 0.24, respectively. Based on syngas quality, the performance of the scaled-up gasifier system was superior to the laboratory-scale reactor.

2015 The overall goal of this study was to design, fabricate and evaluate a vegetable oil based wet packed bed scrubbing system to study the removal of model producer gas tar compounds, i.e., benzene, toluene, and ethylbenzene. The designed column was 0.5 m diameter by 1.1 m tall and contained 6-mm raschig rings. Soybean and canola oils were used as solvents. These oils were not statistically (p > 0.05) different in removal efficiencies of benzene, toluene and ethylbenzene. Packing specific constants of Billet and Schultes (1999) correlation (CV = 0.80 and CL = 2.40) were found experimentally. These constants can be used to predict height equivalent to a theoretical plate (HETP) of laboratory or pilot scale vegetable oil based wet packed bed scrubbing systems. The pressure drop across the column was in the range of 6.7 to 18.8 mm of water column.