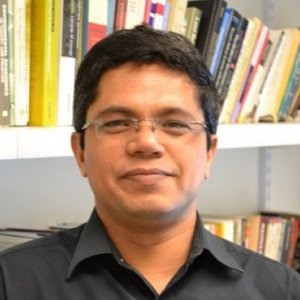 
Prakash Kashwan is an expert in the field of political economy of institutions, environmental politics, and global climate governance.

Professor Kashwan's research and scholarship focuses on political economy of institutions, environmental policy and politics, global climate governance, and climate justice. He utilizes a combination of quantitative and qualitative methods, stemming from his first career in international development (1999-2005).

Kashwan teaches courses on the politics of the environment, environmental policy and institutions, and research methods. 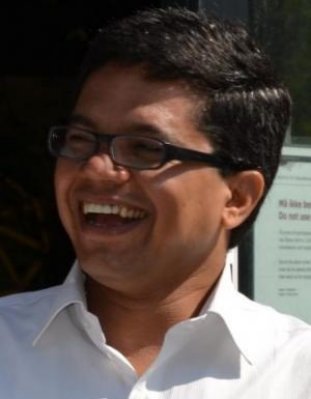 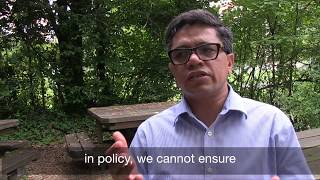 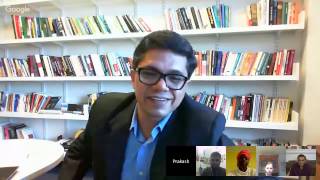 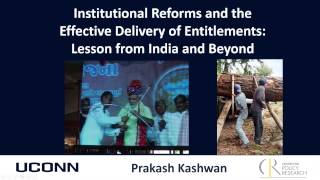 Down to Earth  online

Prakash Kashwan, associate professor, department of political science, University of Connecticut said former prime minister Manmohan Singh had made it clear that the MOEF&CC and forest departments (FDs) could not be allowed to bring their vested interests in implementation and monitoring of FRA. “It is evident that now, the MoEF&CC and state FDs are acting in the interest of corporations and state agencies to exploit minerals and other natural resources at an extremely high cost to ecology, forest rights holders and the public at large,” he added.

‘Indigenous people have been effective stewards of biodiversity globally’

Prakash Kashwan is an associate professor in the Political Science department at the University of Connecticut, United States. His research, scholarship, and teaching focuses on climate justice, global climate governance, international and environmental policy and politics, and political economy of development. He speaks to Ishan Kukreti on his work, Democracy in the Woods: Environmental Conservation and Social Justice in India, Tanzania, and Mexico....

A Fight for the Forest

Objections to the FRA are often framed as an issue of wildlife conservation versus people’s rights, with no mention of these bigger players who might benefit from this framing. In a 2013 study, professor Prakash Kashwan noted how political this framing can be. He wrote that in 2006, well before the FRA implementation started, the Environment Ministry directed State governments to declare all existing Protected Areas as critical tiger habitats, so that they would not be controlled under this Act...

Prakash Kashwan, a scholar of the political economy of environment and development, argues that it could be a “result of the patronising attitude among many conservationists, which makes them argue that Adivasi lives in forests produce nothing more than poverty and misery. This mistaken belief allows them to make the rather presumptuous assertion that Adivasis should be brought out of the forests, which should be freed of all human interference...”

Intellectual property around the technologies would not have to be in the public domain, "but it should be in the public interest," said Prakash Kashwan, a University of Connecticut political science professor and report author...

Who Will Guard the Guardians? State Accountability in India's Environmental Governance

Effective public accountability is a prerequisite for protecting India's environment and the environmental human rights of all Indians. However, the question of what factors promote the accountability of public institutions remains under-researched in India. The recent and ongoing attempts by the Ministry of Environment, Forests and Climate Change to undermine environmental regulations beg a fundamental question that has yet to be debated adequately: Who will guard the guardians?

The United States is having a long-overdue national reckoning with racism. From criminal justice to pro sports to pop culture, Americans increasingly are recognizing how racist ideas have influenced virtually every sphere of life in this country. This includes the environmental movement. Recently the Sierra Club – one of the oldest and largest U.S. conservation organizations – acknowledged racist views held by its founder, author and conservationist John Muir. In some of his writing, Muir described Native Americans and Black people as dirty, lazy and uncivilized. In an essay collection published in 1901 to promote national parks, he assured prospective tourists that “As to Indians, most of them are dead or civilized into useless innocence.”

Rethinking power and institutions in the shadows of neoliberalism: (An introduction to a special issue of World Development)

2019 Despite the recognition that institutions matter for international development, the debates over institutional reforms tend to obscure the role of power. Neoliberal models of development are often promoted in terms of their technical merits and efficiency gains and rarely account for the multiple ways that social, economic and political power shape institutional design and institutional change.

2019 During field research in Kanha National Park, Adivasi villagers shared what sounded like a joke: they claimed that tigers chased and circled by tourist jeeps often ran out of the core zone of the national park to find refuge in the relative tranquility of neighbouring forest villages....

Inequality, democracy, and the environment: A cross-national analysis

2017 This paper joins the debate on the relationship between inequality and the environment. Departing from the past contributions, which focused either on the theories of environmental behavior or on economic interests, this paper develops arguments about “political choice” mechanisms that help explain the linkages between inequality and national policymaking related to the establishment of protected areas. A cross-national analysis of the interactions between inequality, democracy and the legal designation of protected areas in a global sample of 137 countries shows that, ceteris paribus, the effects of inequality vary depending on the strength of democracy: in relatively democratic countries inequality is associated with less land in protected areas, whereas in relatively undemocratic countries the reverse is true. The highly significant effects of inequality undermine the democratic dividend in the arena of nature conservation.

2016 Studies of social dilemmas consistently report higher than expected levels of cooperation, especially in the presence of appropriate institutions. At the same time, scholars have argued that institutions are manifestations of power relations. The higher than expected levels of cooperation amidst widespread power asymmetries constitute an important puzzle about the linkages between power asymmetries and the outcomes of local institutional deliberation.

Governments, not people, tend to benefit from land conservation

2016 The United States is celebrating the centennial of its National Park Service, kicking off a proud “second century of stewardship and engaging communities through recreation, conservation, and historic preservation programs.”

Forest Policy, Institutions, and REDD+ in India, Tanzania, and Mexico

2015 This article investigates forest policies and institutions surrounding REDD+ in three heavily forested countries: India, Tanzania, and Mexico. The comparative analysis leads to three key insights. First, each of the case study countries has multiple land tenure statutes that result in different distributions of the costs and benefits of forest protection for key stakeholders.