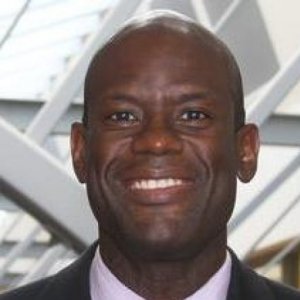 Before coming to the University of Connecticut, he was the Harry Lawrence Batschelet II Chair Professor of Educational Administration at Penn State, where he was also a professor of education and law and the program coordinator of Penn State’s educational leadership program. In addition, Dr. Green was the creator of Penn State’s joint degree program in law and education. Further, he ran the Law and Education Institute at Penn State, a professional development program that teaches, administrators, and attorneys about educational law.

At the University of Massachusetts, Dr. Green was an associate professor of education. He also served as the program coordinator of educational administration and Assistant Dean of Pre-Major Advising Services. 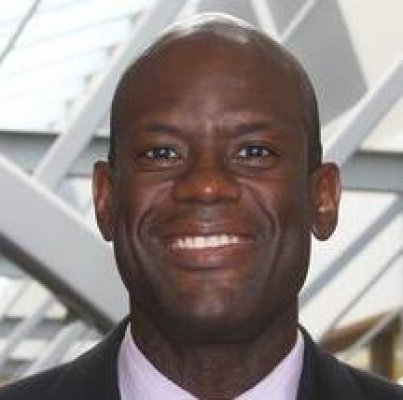 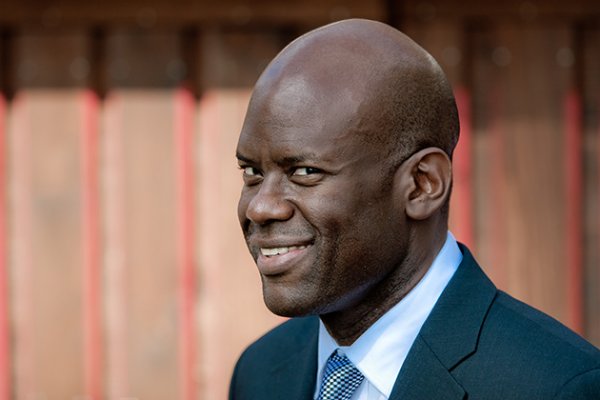 In Dress Code Case, Federal Appeals Court to Weigh in on Public Status of Charter Schools

The outcome of another federal lawsuit, scheduled for oral arguments before the Supreme Court Wednesday, could also back up that argument. In Carson v. Makin, plaintiffs argue that religious schools should be able to participate in school choice programs even if they teach religion. Preston Green, an education professor at the University of Connecticut, said a Supreme Court opinion in favor of the plaintiffs in Carson would strengthen the case for religious charters.

In June, the 2nd Circuit ruled that students in Vermont can use public funds at religious schools. So far the state hasn’t appealed the ruling, perhaps waiting for the Supreme Court to weigh in on Carson. And maybe in anticipation of the justices siding with the plaintiffs, Gov. Chris Sununu in neighboring New Hampshire signed legislation in July removing the restriction on religious schools in that state’s tuitioning program. A decision for the plaintiffs could prompt some states to get out of the voucher business if they can’t place restrictions on curriculum, noted Preston Green, an education professor at the University of Connecticut.

The Biden Department of Education hasn’t indicated whether it plans to once again ban religiously affiliated charters from participating in the program. Such a prohibition would almost certainly be challenged in court as discriminatory by advocates who have a growing list of legal rulings on their side. “It’s not a question of if, but when,” said Preston Green, an education and law professor at the University of Connecticut, who first began writing about the possibility of religious charter schools back in 2001. “For religious entities, access to public revenue is tremendously appealing, and now you have the courts basically saying to states, ‘You can’t prevent this.’”

Talk Out of School  online

Host Leonie Haimson interviews Dr. Preston Green, professor at the Univ. of Connecticut, who has co-authored a fascinating article that proposes that part of the government’s reparations to Black communities for slavery and ongoing discrimination be made in the form of increasing funding for their underfunded public schools.

"Charters have honed their message to attract Black and Latinx students over the years, particularly with the ploy that charters can provide students with a private school educational experience," Preston Green told me. "It is quite possible that this messaging might also sway suburban parents." Green, a University of Connecticut professor, is the author of numerous critical studies of charter schools, including one in which he argued that the charter industry's operations resemble the business practices of Enron, the mammoth energy corporation that collapsed under a weight of debt and scandal.

Preston Green, a education law professor at the University of Connecticut who has written extensively about the legal status of charter schools, agrees with the department’s analysis. “I think that legally they’re on strong ground,” he said. He noted that the Trump administration’s analysis still doesn’t seem to allow for federal money for charter schools run in a religious manner, but said this could be a step in that direction. This “is a further advancement of what they want in the end, which I think is direct funding of religious education,” he said.

Others are watching how the economic fallout from the pandemic could affect public school funding, especially as the school choice movement has gained steam under the Trump administration. “The larger the school choice program, the greater the possible stress on public schooling. This should be of special concern in a pandemic when we know there’s a very good chance that public school funding will be reduced,” said Preston Green, a professor of educational leadership and law at the University of Connecticut.

Education 101: Don’t Open a New Charter School in the Middle of a Pandemic

“[These parents and public school advocates] should expect charter schools to drain financial resources from their communities’ public schools,” Preston Green told me in a phone call. Green, a University of Connecticut professor, is the author of numerous critical studies of charter schools, including one in which he argued that the charter industry’s operations resemble the business practices of Enron, the mammoth energy corporation that collapsed under a weight of debt and scandal.

This Supreme Court case could deliver a win for school choice advocates. What might happen next?

If it’s discriminatory to prevent families from taking vouchers to religious schools, why shouldn’t students in public schools be able to take their allotment of state funding to a religious school? “There really is the possibility, however slight, that this case could upend the funding structure for public education,” said Preston Green, a professor of educational leadership and law at the University of Connecticut.

Does An International School Operating In NYC Have A ‘No Israelis’ Policy?

But both Bloomfield and Preston Green III, a professor of educational leadership and law at the University of Connecticut, said the case was made more complicated by the fact that Segal is not an American citizen or based in the United States. Green added that it would also need to be determined whether the American University of Beirut is indeed an American university.

In this Q&A, NEPC Fellow Preston Green III marks the 50th anniversary of the landmark Tinker v. Des Moines case by tracing its student speech implications to the Instagram age.

Preston Green, a professor of education at the University of Connecticut, has warned that the lack of tighter regulations has complicated the financial state of small districts, potentially leading to a bifurcated school system resembling that of the Jim Crow South. While he said he understands the appeal of charters as an option for black and Latino families, he also said that he supported a temporary moratorium on new charters.

Charter Schools Exploit Lucrative Loophole That Would Be Easy To Close

While critics charge that charter schools are siphoning money away from public schools, a more fundamental issue frequently flies under the radar: the questionable business practices that allow people who own and run charter schools to make large profits. Charter school supporters are reluctant to acknowledge, much less stop, these practices.

A rural school turns to digital education. Is it a savior or devil's bargain?

“It’s a moral hazard issue — a devil’s bargain,” Preston Green, a professor of education leadership and law at the University of Connecticut, said after reviewing the contract between the school and K12. “These districts need the money, are responsible for these students but the students are not a part of them. The question becomes: How concerned is the district going to be? It just doesn’t have the incentive to focus on these students. They’re just dollars to them.”

The lack of basic safeguards has opened up the charter school sector to “educational entrepreneurs,” says Preston C. Green, professor of Educational Leadership at the University of Connecticut. “These actors may also run businesses whose interests conflict with the charter schools that they are operating.” (...)

Preston C. Green III, Bruce Baker and Joseph Oluwole’s article, entitled “Having It Both Ways: How Charter Schools Try to Obtain Funding of Public Schools and the Autonomy of Private Schools,” explains how charters use “their hybrid characteristics to obtain the benefits of public funding while circumventing state and federal rights and protections for employees and students that apply to traditional public schools.” (...)

How reparations can be paid through school finance reform

White public schools have always gotten more money than Black public schools. These funding disparities go back to the so-called “separate but equal” era – which was enshrined into the nation’s laws by the Supreme Court’s 1896 decision in Plessy v. Ferguson. The disparities have persisted even after Brown v. Board of Education, the landmark 1954 Supreme Court decision that ordered the desegregation of America’s public schools.

Washington and Lee Journal of Civil Rights and Social Justice

In this article we explain why and how school finance reform should be a part of a reparations program for Black Americans. This article proceeds in six parts. Part I explains how Black-white school funding disparities occurred during the separate-but-equal era. Part II discusses how these funding disparities have occurred in the aftermath of the Brown decision. Parts III and IV explore why school desegregation and school finance litigation, respectively, have failed to remedy these gaps. Part V lays out a reparations framework that state legislatures could adopt to provide restitution to schools and taxpayers harmed by state policies creating Black-white racial funding disparities. Part VI discusses the role that the federal government could play in a school finance reparations program

OPINION: Should plaintiffs in a U.S. Supreme Court ruling about school choice be careful what they wish for?

When states choose to operate a program that involves public (or publicly governed) financing of private service providers, can the state choose to exclude religious providers? That’s the question that Espinoza v. Montana Department of Revenue asks about U.S. schools. It’s been nearly two decades since the U.S. Supreme Court said government programs that provide vouchers for schooling, including religious schools, do not violate the establishment clause of the First Amendment, even where most available options are religious schools.

Are Charter Schools the Second Coming of Enron?: An Examination of the Gatekeepers That Protect against Dangerous Related-Party Transactions in the Charter School Sector

2017 This article is divided into four parts. Part I describes how Fastow used his management of Enron and the SPEs to obtain illegal profits. Part II discusses why financial sector gatekeepers failed to stop these related-party transactions. Part III shows how charter school officials are benefitting from their control over charter schools and their affiliates in a manner similar to Fastow. Part IV analyzes pertinent statutory and regulatory provisions to identify steps that can be taken to increase the gatekeepers’ ability to protect against harmful related-party transactions.

2016 Since 1992, forty-three states and the District of Columbia have passed charter school legislation. 1 Charter schools are commonly defined as public schools that are given considerable latitude from state rules and regulations that apply to traditional public schools while being held accountable for student achievement. 2 There are more than 6700 charter schools nationwide, serving nearly three million students, which accounts for 6% of public school enrollment. 3

An Analysis of the New York Charter School Auditing Cases

Cyber Charter Schools and Students With Dis/abilities: Rebooting the Idea to Address Equity, Access, and Compliance

2015 This article takes up the question of equity, access, and cyber charter schools from the perspective of disability studies in education (DSE). DSE positions inclusion and educational access as social justice concerns. In doing so, we assert the importance of making visible the social justice implications of the current laws that impact cyber charter schools and students with disabilities.