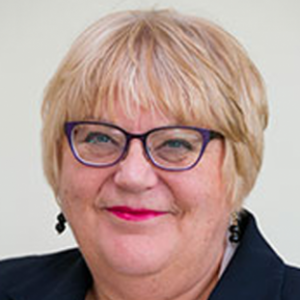 Professor Hazel Barrett is a leading researcher and campaigner on the issue of Female Genital Mutilation (FGM).

Sexual and Gender-Based Violence in Africa

Hazel Barrett is Professor of Development Geography at CTPSR. She has a degree in Geography with African and Asia Studies (University of Sussex), as well as a Masters and PhD in West African Studies (Birmingham University). She has been undertaking primary research for over 30 years on social justice and human rights issues associated with gender-based abuse and violence, mainly in sub-Saharan Africa and amongst the African diaspora.

In the 1980s and 1990s her research was primarily focused on the HIV/AIDS pandemic in sub-Saharan Africa. In particular she undertook research investigating public health and the impact of the disease on women and children. During this time it became apparent that female genital mutilation (FGM) was an issue that required attention. From 2009 to 2016 Hazel led the REPLACE and REPLACE2 multi country action research projects investigating the barriers to ending FGM amongst the African diaspora in the EU (www.replaceFGM2.org). This research used community-focused participatory methods, based on behaviour change theories to produce the REPLACE Approach to move communities towards ending the practice. The approach has been adopted to tackle Menstrual Hygiene Management in the UK and Uganda (Irise International), as well as Child Marriage (with World Vision). She presented the REPLACE Approach at the Houses of Parliament, the European Parliament, and at the Girl Summit in London.

Hazel then led a team that developed the UK’s first webapp on FGM that targeted young people (www.petals.coventry.ac.uk). This was endorsed by the NSPCC and is used by schools across the country. Following its success, the team developed a webapp aimed at safeguarding professionals in the UK that deal with FGM. This is a ‘one stop shop’ for teachers, healthcare workers, the police and social workers (www.petals.coventry.ac.uk/professionals).

She has recently begun investigating the sexual and gender-based violence and torture experiences, and access to services, by men and women refugees entering Northern Uganda from South Sudan. She is also managing research on the access to Water, Sanitation and Hygiene (WASH) provision by older people and people with disabilities living in Internally Displaced Peoples’ Camps in Darfur, Sudan (with Muslim Aid).

Hazel has published over 60 articles in leading peer reviewed journals. She has served as President of the Geographical Association and is a founding member of an international research network called ANSER.

The collaborative research project was undertaken by Dr Helen Liebling (lead researcher) and Professor Hazel Barrett from Coventry University, and the University of Cape Town (UCT), with Professor Lillian Artz, director of UCT’s Gender, Health and Justice Research Centre. They were assisted by Faddy Gladys Canogura, director at the Kitgum Women’s Peace Initiative, a non-government organisation located in northern Uganda.

Professor Hazel Barrett, an expert in FGM, has developed an app to give professionals the confidence to flag up their concerns if they think a girl is at risk of being cut. She said that despite campaigns, many professionals are still unaware of their legal responsibilities, nervous about how to broach the issue, and concerned about being called racist and rejected by communities they work with. 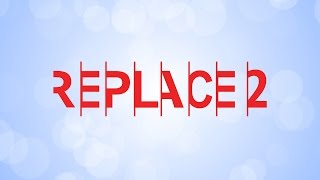 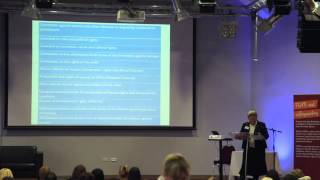 Thesis title: The traditional marketing network in The Gambia, West Africa, with special reference to foodstuffs.

Transforming social norms to end FGM in the EU: an evaluation of the REPLACE Approach

Despite numerous campaigns and interventions to end female genital mutilation (FGM), the practice persists across the world, including the European Union (EU). Previous interventions have focused mainly on awareness raising and legislation aimed at criminalizing the practice. Limited evidence exists on the effectiveness of interventions due in part to the lack of systematic evaluation of projects. This paper presents an evaluation of the REPLACE Approach, which is a new methodology for tackling FGM based on community-based behaviour change and intervention evaluation.

This British Academy/Leverhulme-funded research (Grant number: SG170394) investigated the experiences and impact of sexual and gender-based violence (SGBV) and torture on South Sudanese refugees’ health and rights and the responses of health and justice services in Northern Uganda.

The movement of people from and to countries and regions with different Female Genital Mutilation (FGM) prevalence and practices and the implications for the elimination of FGM are under researched. In this article, we intend to examine the factors that support or deter Female Genital Mutilation (FGM) in the context of internal, regional and international migration in and from countries in the Arab League Region. We selected the Arab League Region as the focus of this article as it contains countries with some of the highest FGM adult prevalence rates in the world, as well as countries where FGM is not traditionally performed.

“Should I Stay, or Should I Go?”: The Experiences of, and Choices Available to Women of South Asian Heritage Living in the UK When Leaving a Relationship of Choice Following Intimate Partner Violence

Researching South Asian women who have departed social norms and married outside the social conventions of their culture widens our understanding and knowledge on the topic of Intimate Partner Violence (IPV). This paper will investigate how the women participating in the research navigated the socialisation of arranged marriage and expectations on them as women, and how this influenced their decisions to remain in violent and abusive relationships. Often without family support or the “safety net” of an arranged marriage, the women stayed in abusive relationships longer than they would have done if the marriage had been arranged.

This British Academy/Leverhulme-funded research investigated the health and justice service responses to the needs of South Sudanese refugees living in refugee settlements in Northern Uganda who had been subjected to sexual and gender-based violence (SGBV) and torture. It involved the collection and thematic analysis of the narratives of 20 men and 41 women who were refugee survivors of SGBV and torture, including their experiences in South Sudan, their journeys to Uganda and experiences in refugee settlements, in particular their access to health and justice services.