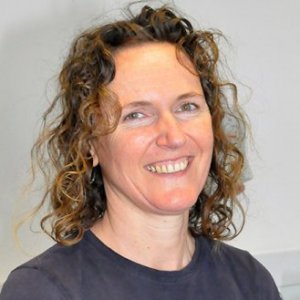 Professor of Movement Science and Director for the Centre for Movement, Occupational and Rehabilitation Sciences | Oxford Brookes University


Her expertise is in human movement and optimising performance of the body - through understanding the mechanisms of movement. 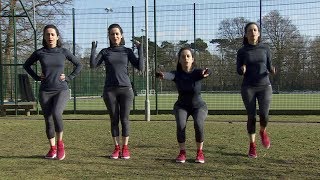 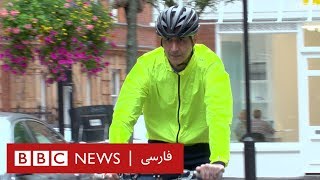 Professor Helen Dawes is Professor of Movement Science and Director for the Centre for Movement, Occupational and Rehabilitation Sciences at Oxford Brookes University. Her expertise is in human movement and optimising performance of the body - through understanding the mechanisms of movement involving the brain, muscles and nerves and by drawing on neuroscience and musculoskeletal science. She often works with people who are facing significant health challenges (such as Parkinson’s Disease, Multiple Sclerosis, Cerebral Palsy and strokes) to assess how movement and exercise can improve their health and wellbeing. She has supported those with mental health and wellbeing issues to explore the value of exercise. She has also worked with schoolchildren to address obesity through movement.

Helen originally trained as a physiotherapist and went on to work with the British Olympic Medical Centre and with elite athletes. Her combined experience is in clinical exercise science, biomechanics and neuroscience. Her work has been funded by organisation such as the British Heart Foundation, Parkinson’s UK, Actional Medical Research, Wellcome Trust, the ESPRC, the American National Institute of Health, the Canadian Institute of Health Research. Helen has been named as one of the 'Nation’s Lifesavers' in a list of the top 100 individuals or groups based in universities whose work is saving lives and making a life-changing difference to our health.

Professor Helen Dawes of Oxford Brookes University has today been recognised for her exceptional contribution to keeping the nation healthy.

By studying Buttery and his crew mates, professors Helen Dawes, Fabio Cuzzolin, and Johnny Collett of Oxford Brookes University in the U.K. hope to answer questions such as whether endurance exercise is always better than other types of exercise and if endurance exercise affects Parkinson’s patients differently than non-patients.

They will compare this to the results of a detailed medical examination of the crew set off and after they arrive, in order to understand whether Parkinson’s is metabolic as well as a neurological disorder, Professor Helen Dawes, who leads the Movement Science Group at the Oxford Brookes, said: “Anyone involved in sport will know that motor skills and fitness improve with practice and that your movement is affected when you are tired.

Professor Dawes at Oxford Brookes University added: “There is an increasing need for educational policy to be informed by evidence.

2020 Pupils in secondary schools do not meet the targets for physical activity levels during physical education (PE) sessions, and there is a lack of data on the vigorous physical activity domain (VPA) in PE known to be positively associated with cardio metabolic health While PE session intensity depends on a variety of factors, the large majority of studies investigating these factors have not taken into account the nested structure of this type of data set.

A critical evaluation of systematic reviews assessing the effect of chronic physical activity on academic achievement, cognition and the brain in children and adolescents

2020 International and national committees have started to evaluate the evidence for the effects of physical activity on neurocognitive health in childhood and adolescence to inform policy.

Are older people putting themselves at risk when using their walking frames?

2020 Walking aids are issued to older adults to prevent falls, however, paradoxically their use has been identified as a risk factor for falling. To prevent falls, walking aids must be used in a stable manner, but it remains unknown to what extent associated clinical guidance is adhered to at home, and whether following guidance facilitates a stable walking pattern.

2020 The purpose of this study was to assess differences in the physiological profiles of completers vs. non-completers following a structured exercise programme (SEP) and the ability to predict non-completers, which is currently unknown in this group.

Associations between fitness, physical activity and mental health in a community sample of young British adolescents: baseline data from the Fit to Study trial

2020 To examine relationships between fitness, physical activity and psychosocial problems among English secondary school pupils and to explore how components of physically active lifestyles are associated with mental health and well-being.