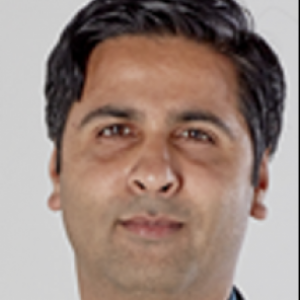 Professor Imran Awan is one of the country’s leading criminologists and experts on Islamophobia and countering extremism. 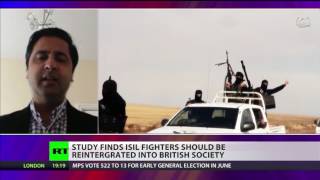 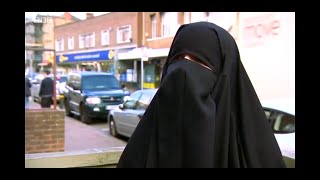 Imran joined Birmingham City University in January 2013 from the University of South Wales where he worked as a Senior Lecturer.

During his time at BCU, he has lead the Centre for Applied Criminology in the design, development and implementation of its research strategy within Criminology and has played a critical role through his evidenced-based research in influencing policy. He was appointed as Deputy Director in 2013 and was conferred the title of Reader/Associate Professor in February 2016. In 2016/17, Imran won the BCU Researcher of the Year Extra Mile Awards.

Imran is passionate about criminological research and uses his extensive research knowledge to inform practitioners and policy-makers on effective measures in tackling some of the most important issues our society faces today. His interdisciplinary research has led to multiple publications in several other areas of the social sciences, including in leading academic journals, in sociology, ethnic studies, policing and ethnography. Imran has published over 50 academic papers, articles and books in leading journals and publications across the world. His paper published in the leading journal for the analysis of race and ethnicity, Ethnic and Racial Studies is among the top 5% of research outputs ever tracked by Altmetric and continues to be internationally cited.

As one of the most-followed criminologists in the UK, his extensive media engagement in bringing ground-breaking research to the attention of the wider public has been recognised, when he was he was a finalist for the National Hate Crime Awards in 2017 under the category, ‘Upstanding Research and Innovation’ award, and the British Muslims Awards in 2016, which recognises his work and contribution towards the field of Criminology and Islamophobia.

Winner of Researcher of the Year

Christchurch attacks show Islamophobia is real, deadly and spreading around the world

When I woke up to the news that 50 people had been killed and at least 20 wounded in shootings at two mosques in Christchurch, I couldn’t help but reflect upon the words of those who refuse to accept that Islamophobia exists. In the UK, the columnist Melanie Phillips has argued that Islamophobia is a fiction used to shut down debate. Douglas Murray called it the Islamophobia “problem”, arguing that it was created by fascists.

Imran Awan, professor of Criminology at Birmingham City University, said “we owe a duty of care” towards begum as she was young when she was radicalised. Professor Awan said: “We owe a duty of care to young people and in the case of Shamima Begum she was radicalised at a young age and groomed at 15. “This would suggest we must be doing more to protect young people about the dangers of online radicalisation.

How lecturers are pushing back against counter-terrorism creep into universities

It’s approaching three years since a counter-terrorism duty came into effect in universities. It placed a legal duty on people in the public sector – including teachers, lecturers, doctors and nurses – to report people who may be deemed to be vulnerable to radicalisation. Soon after its introduction in September 2015, my colleagues Keith Spiller, Andrew Whiting, and I asked 20 university lecturers what they thought about the duty – also known as the Prevent duty – placed on them by the 2015 Counter Terrorism and Security Act, and the impact it was having on their jobs. We conducted the interviews between April and November 2016 and our study was published in late 2017.

You all look the same’: Non-Muslim men who suffer Islamophobic hate crime in the post-Brexit era

2018 In this paper, we examine Shakespeare's sixteenth‐century play, The Merchant of Venice. Anti‐Semitism is a key theme in this play. The well‐known central character, Shylock, is a Jewish man ridiculed and victimised because of his identity. Much literary research has been done on the anti‐Semitism of the play, and many social studies have compared anti‐Semitism and Islamophobia, but scarcely any research brings a Shakespearean play from the sixteenth century into the context of twenty‐first century Islamophobia. There are a number of similarities between the manner in which Shylock is ostracised and the current victimisation that Muslim communities are facing in Europe and more specifically the UK. With this in mind, we explore contextual and thematic elements of this play and argue that it is possible to apply the way Shylock is unfairly victimised on stage because of his identity as a Jew to the treatment of some Muslims today. In particular, the treatment he faces shares stark similarities with the types, impacts and consequences of Islamophobic hate crime today.

Portrayal of Muslims Following the Murders of Lee Rigby in Woolwich and Mohammed Saleem in Birmingham: A Content Analysis of UK Newspapers

2016 In 2013, Michael Adebolajo and Michael Adebowale murdered a British soldier, named Lee Rigby in Woolwich, south-east London. In the aftermath of the incident, evidence showed Muslims had become targets for a rise in anti-Muslim hate crimes. Most notably, mosques had been reported to have been burnt down and graffiti with messages of hate scrawled against the walls. In such times, the role of the media is crucial in projecting a balanced approach. This study analysed newspaper coverage three weeks from the Woolwich attacks and examined the language and headlines used to describe Muslims. Over 1022 articles from UK newspapers were reviewed using the Nexis database utilising both quantitative and qualitative methods to examine the media narrative regarding Muslims and also make a comparative analysis of how the media reported on the case of Mohammed Saleem who was murdered by the far right extremist, Pavlo Lapshyn. The newspaper articles were analysed by using the computer software NVivo to search for and identify patterns across the articles in order to give an idea of the most frequent ways that Muslims were being portrayed. This paper found that news coverage had generalised about Muslims which was made in an overtly prejudicial way.