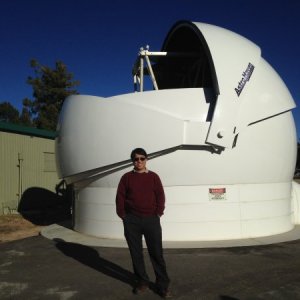 “This will be a milestone in China’s deep space exploration program,” Ge Jian, an astronomy professor at the Shanghai Astronomical Observatory under the Chinese Academy of Sciences, told Sixth Tone. Tianwen-1 is the country’s first independent mission to Mars, but it was nevertheless designed to include orbiting, landing, and roving on the red planet — all in one go.

The TESS Objects of Interest Catalog from the TESS Prime Mission

We present 2241 exoplanet candidates identified with data from the Transiting Exoplanet Survey Satellite (TESS) during its 2 yr Prime Mission. We list these candidates in the TESS Objects of Interest (TOI) Catalog, which includes both new planet candidates found by TESS and previously known planets recovered by TESS observations. We describe the process used to identify TOIs, investigate the characteristics of the new planet candidates, and discuss some notable TESS planet discoveries.

By using two well-known activity indicators such as the Hα line and the Ca IRT lines, we look forward to measuring both magnetic cycles and stellar rotation periods for FGK type stars, and any correlation between these two activity indicators. Our data was taken from the Dharma Planet Survey, and this is the first in-depth analysis of stellar activity coming from this survey. We analyze a sample of 23 stars and by computing the long-term variability we expect to detect the magnetic cycles of these stars.

Lijiang Exoplanet Tracker (LijET) was designed to detect exoplanets with extremely high precision radial velocity (RV) measurements, and it was mounted on 2.4m telescope at Lijiang Observatory in 2011. The Dispersed Fixed- Delay Interferometry (DFDI) mode of LiJET is a combination of a thermally compensated monolithic michelson interferometer and a cross-dispersed echelle spectrograph. When the slit width is 1.6”, the spectral resolution is 18000. With a 4k x 4k CCD, the spectrograph has wavelength coverage of 390nm-690nm.

An Ongoing Mid-infrared Outburst in the White Dwarf 0145+234: Catching in Action the Tidal Disruption of an Exoasteroid?

We report the detection of a large-amplitude MIR outburst in the white dwarf (WD) 0145+234 in the NEOWISE Survey data. The source had a stable MIR flux before 2018, and was brightened by about 1.0 magnitude in the W1 and W2 bands within half a year and has been continuously brightening since then. No significant variations are found in the optical photometry data during the same period. This suggests that this MIR outburst is caused by recent replenishing or redistribution of dust, rather than intrinsic variations of the WD.

Quasars are high-luminosity active galactic nuclei believed to be powered by accretion of interstellar matter onto a super-massive black hole (SMBH) therein. Most of the observed energy is released in an accretion disk of inspiralling gas surrounding the SMBH. An enormous amount of fueling material is expected to be transported inwards. However, basic questions remain unanswered as to whether and how the accretion disks are supplied with external gas, since no disk-feeding inflow has hitherto been observed clearly. 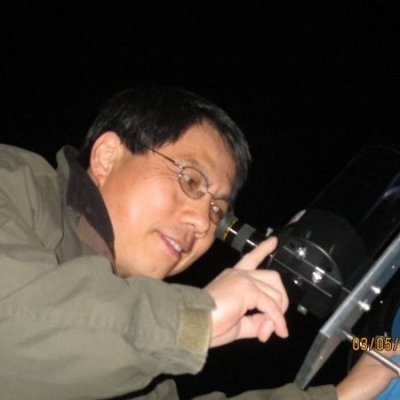 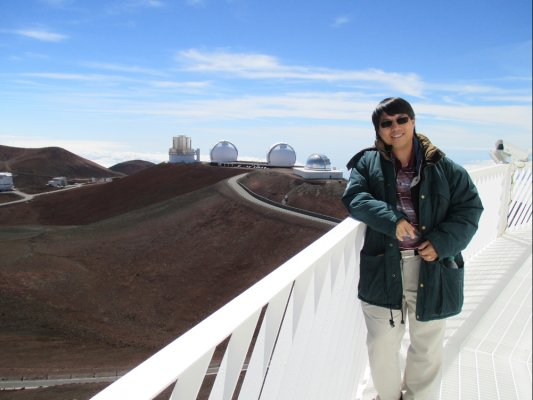 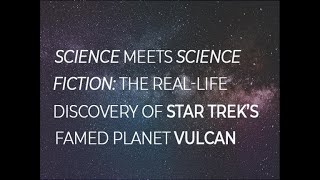