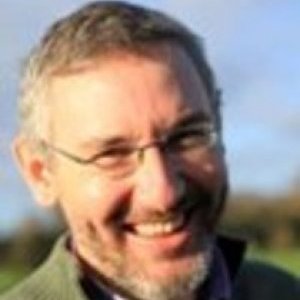 Jon’s main interests include the United Nations, European Human Rights, English and European Medical Law, Capital Punishment, Legal Theory and the Temporality of Law. He welcomes applications for doctoral research in these areas.

2017 On October 10, 2014, the Oklahoma State Penitentiary opened its doors to the media to reveal a new state-of the-art death chamber and announced that it had created an efficient execution facility. To complement the improvements to the prison architecture and the punishment technology, the Oklahoma legislature amended the state’s execution protocol to formulate effective procedures delineating what it considered appropriate pharmacology to render a constitutional execution. This advance in design and regulation, however, has not prevented subsequent maladministration by various members of the Department of Corrections’ execution teams. On January 16, 2015, Charles Warner was executed with the prison receiving and using the wrong drugs. On October 16, 2015, due to further operational mistakes, the District Court for the Western District of Oklahoma declared Richard Glossip’s case to be administratively closed.

The European Union and the Abolition of the Death Penalty

2013 The European Union has become a leading regional force in the progress towards a world free of state sanctioned judicial killing in the form of the death penalty. This article investigates how the EU has evolved its abolitionist position. It analyzes the development of the region’s internal policy beginning in the European Parliament, to the rejection of the punishment being mandated as a Treaty provision, which evolves into an integral component of the external human rights project. The EU has now formulated technical bilateral and multilateral initiatives to promote abolition worldwide. This is most clearly evidenced in the EU playing an important role in the 2007 United Nations General Assembly Resolution on the moratorium on the use of the death penalty, and the strengthening of the resolution in 2008, 2010, and 2012. This article demonstrates that the EU’s contribution to the abolition of the death penalty is a recognizable success story of human rights, and it is one aspect of the regions’ policies that was rewarded in 2012 with the Nobel Peace Prize.

2010 This article investigates the contribution of the prohibition against inhuman punishment within Article 3 of the European Convention on Human Rights, for the abolition of the death penalty. It analyses the evolution and orientation of the Council of Europe’s anti-death penalty discourse from the early post-Convention discussions to the most recent enactments of the Parliamentary Assembly and the Committee of Ministers. Then the jurisprudence of the European Court of Human Rights, which interprets this position, is detailed to determine whether Article 3 provides a per se prohibition against the death penalty, or whether it can only be used to isolate specific aspects of the capital judicial system. It is clear that Article 3 has provided a hegemonic platform from which abolition can be achieved. However, the different Council organs are not yet in complete agreement on the reach of Article 3 for the technical penological processes. Hence to clarify the abolitionist discourse, and establish a uniform position, it may be of benefit for the Council of Europe to adopt a new policy statement on how Article 3 is to be used to unequivocally denounce the punishment.