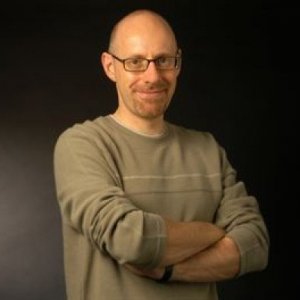 Professor of the Public Understanding of Psychology | University of Hertfordshire


Richard has gained an international reputation for his research into the psychology of luck, deception, persuasion and magic.

Richard Wiseman is Professor of the Public Understanding of Psychology at the University of Hertfordshire, where he has gained an international reputation for research into psychology of luck, self-help, magic, persuasion and illusion. He has published over 100 papers in peer-reviewed academic journals (including Nature and Psychological Bulletin).

Professor Wiseman’s books include: The Luck Factor, a comprehensive account of his research into the psychology of luck; Quirkology, on the curious psychology of everyday life, including laughter, lying, and love; and 59 Seconds, an investigation into the science of self-help and rapid change. His books have sold over 3 million copies and he regularly presents keynote talks to organisations across the world, including The Swiss Economic Forum, Google and Amazon.

Richard is a member of the Inner Magic Circle and has created psychology-based YouTube videos that have attracted over 500 million views. He also acts as a creative consultant, including work with Derren Brown, The Twilight Zone and the hit television show, Brain Games. Professor Wiseman’s research has featured in a large number of television programmes, including Horizon (BBC), Body Shock (Channel 4), 20/20 (ABC), and Dateline (NBC). He is often heard on BBC Radio 4, with regular appearances on Start The Week, Midweek, The Today Programme and The Infinite Monkey Cage. Feature articles about his research have been published in The Times, The Daily Telegraph and The Guardian, and his work made the front cover of New Yorker magazine.

Everything you ever wanted to know about… illusions, magic and the paranormal with Prof Richard Wiseman

Our guest Prof Richard Wiseman is a spectacularly creative scientist who started off his career as a magician before becoming a psychologist. Over the last few decades, Richard has studied the art of deception, parapsychology and the concept of good luck alongside many other aspects of the human mind.

Psychologist Prof Wiseman, from the University of Hertfordshire, said he had been out for a walk during lockdown and thought social distancing "felt like a computer game" as he was "having to avoid joggers and cyclists etc".

Richard Wiseman on lying, luck and the paranormal

Magician and Professor of Psychology, Richard Wiseman tells Jim Al-Khalili how to spot a liar and why some people are luckier than others.

The science behind New Year's Resolutions... and why we so often fail to keep them

Of course, self-help books and faux-inspirational social media posts can’t exactly counteract human nature. Richard Wiseman, a psychologist at the University of Hertfordshire, found that just 12 per cent of people can say they've stuck to their New Year’s Resolutions one year on.

The 5 Characteristics That Make a Charismatic Leader

While charisma is something that seems innate to leaders like the Rev. Martin Luther King, Jr., Indian leader Mahatma Gandhi and former president Barack Obama, Professor Richard Wiseman of the University of Hertfordshire told Forbes that charisma is 50 percent innate and 50 percent trained. 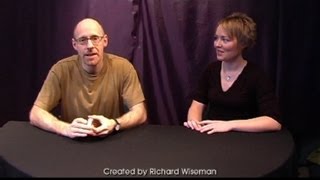 Golden Grolla Award for work in psychology and illusion

2020 Previous research suggests that magic tricks can be employed within an educational context to enhance attention, engagement, critical thinking and recall. This study builds on this work by examining the impact of incorporating magic tricks into an online educational video.

2020 For hundreds of years, magic tricks have been employed within a variety of pedagogic contexts, including promoting science and mathematics, delivering educational messaging, enhancing scepticism about the paranormal, and boosting creative thinking for product design.

2019 The recent ‘replication crisis’ in psychology has focused attention on ways of increasing methodological rigor within the behavioral sciences. Part of this work has involved promoting ‘Registered Reports’, wherein journals peer review papers prior to data collection and publication.

2018 Past research has used the phi phenomenon to create the illusion of one object moving through another. This article presents three optical illusions that are conceptually similar, yet little known within academic psychology.

Quality science from quality measurement: The role of measurement type with respect to replication and effect size magnitude in psychological research

2018 The quality of psychological studies is currently a major concern. The Many Labs Project (MLP) and the Open-Science-Collaboration (OSC) have collected key data on replicability and statistical effect sizes.