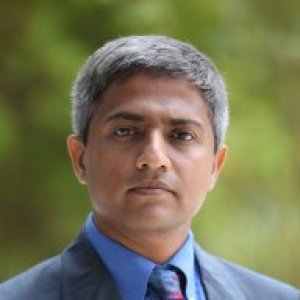 “In Gainesville, there’s only one [broadband] service provider,” said Subhajyoti Bandyopadhyay, professor at the Warrington College of Business Department of Information Systems and Operations Management. The situation is the same in nearly three quarters of the country, said Bandyopadhyay.

The ambiguous economics of Net neutrality

Three game theorists—H. Kenneth Cheng and Subhajyoti Bandyopadhyay of the University of Florida, and Hong Guo of the University of Notre Dame—developed a model of strategic interaction between the various players in the digital economy. One of their main conclusions was that, except for some specific cases, service providers have greater incentives to invest in network infrastructure when there is Net neutrality (mintne.ws/1GOB4Tv). Otherwise Internet service providers will have a stake in keeping networks gridlocked.

2020 We discuss the economic impacts of the interplay between vertical integration and zero-rating for digital content. To this end, we develop a game-theoretic model that involves an Internet Service Provider (ISP), two competing content providers (CPs)—one an ad-supported CP, the other ad-free—and consumers. While previous studies have separately examined vertical integration and zero-rated content, none to our knowledge has explored the simultaneous interaction of both phenomena, which became apparent after the historic merger of AT&T and Time Warner. This vertical integration of an ISP and a CP has sparked an intense debate among policymakers and practitioners alike over the economic implications and consequent business practices (e.g., zero-rated content). The results of our analysis show that an ISP can generate higher profits after the merger with zero-rated content. Surprisingly, we find that the consumer valuation of the ad-free content significantly affects how the ISP will decide to maximize its profit. We extend our model to additionally consider the CPs’ partial sponsorship of their consumers’ data usage as well as the ISP’s different pricing schemes for its consumers and the CPs. Our analysis, which illustrates the various arrangements between vertical integration and zero-rated content, and our findings on consumer surplus and social welfare should be helpful to policymakers as well as to the ISPs, CPs, and consumers of digital content.

2020 Traditionally, consumers purchase physical music (often in the form of CDs or cassettes) from local retailers. With the development of Internet technology, the market share of digital music has grown rapidly in recent years. Unlike physical music, digital music is provided by several emerging digital music providers through the Internet to consumers. Pricing models of digital music are also drastically different from those of physical music. In this study, we identify three common schemes for selling digital music: ownership, subscription and mixed pricing models. Under the ownership model, consumers purchase and download their preferred songs and enjoy music using their local devices. Under the subscription model, music is provided through an online streaming service. The mixed pricing model is a combination of the previous two. Our paper explores and compares the three pricing models. Through a stylized model, we find that several factors, including the advertisement revenue rate and consumers’ reservation value for the music service, have crucial effects on the comparison of the three pricing models.

Beauty Contest and Social Value of Fintech: An Economic Analysis

2020 The past decade has witnessed a financial technology (Fintech) revolution. With the advent of Fintech in trading markets, many technology startups are using social media to gauge investors’ sentiment, as well as to detect events quickly, which in turn could impact stock prices and affect the efficiency of financial markets. Another example of Fintech that is enabled by the aggregation of opinions is social trading platforms. These platforms are financial counterparts of social networks where people can create an online profile and share information about investments and trading in financial instruments such as stocks and cryptocurrencies with other members of the platform. Online platforms like Sharewise and Estimize specialize in aggregating the opinions and predictions of all its users to come up with a target price for a stock, thus enabling the users to gain market insights from public opinion. This shift in trading has led to the emergence of a new class of investors who trade not only based on their own knowledge (or beliefs) about the market but also on that of the crowd’s opinion. Investors who follow public information about the fundamental price and their own private information are classified as first-order-beliefs traders while investors who use private information along with information gained from using such Fintech product are classified as higher-order-beliefs traders. The Fintech product captures the sentiment of other investors and experts by aggregating their opinions and predictions expressed on various social media platforms. Following the insight of Keynes (1936) on financial markets being akin to a beauty contest, where some people grade contestants based on who they think will be attractive to others, we model the market where a certain fraction of traders is employing the beauty-contest paradigm, using the services offered by Fintech firms, to form higher-order beliefs. We then establish the equilibrium in the market and examine its different properties. [...]

2019 Several Internet Service Providers (ISPs) and Content Providers (CPs) have proposed zero-rating plans whereby consumers get access to certain websites without paying for it. While consumer and open-access advocates have decried these plans, arguing that they are anti-competitive and violate the principles of net neutrality, ISPs and CPs have argued that such initiatives enable segments of the world population - especially those in developing economies - to finally join the rest of the world in accessing the Internet. Extant literature on the topic has contributed to this debate by analyzing the optimality of zero-rating policy as an extension of net neutrality. In contrast, our work looks at this issue in the presence of a digital divide. We analyze the ISP's and the CPs' decision-making as well as its subsequent impact on social welfare when a fraction of the population does not have access to the Internet. Thus, the study fills the research gap of analyzing the impact that context (Internet penetration, in particular) may have on different network management strategies, under zero-rating plans. Our research finds that zero-rating plans can enhance social welfare in many cases in the presence of a digital divide. However, Internet regulators need to be vigilant, since the ISPs may sometime deviate from a strategy that maximizes social welfare. The findings have implications for policymakers arguing for their nuanced role in regulating zero-rating policies, rather than indiscriminately allowing or disallowing the practice.