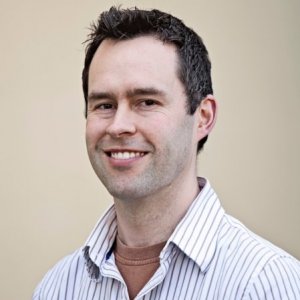 Professor in Materials | University of Bristol

Investigating how nuclear materials behave in engineered and environmental scenarios

Professor Scott is Director of the Interface Analysis Centre (IAC) in the School of Physics at the University of Bristol, and lead for the newly established National Nuclear User Facility for Hot Robotics. He is also Co-Director (Science) of the South West Nuclear Hub, which provides a focus for civil nuclear research, innovation and skills in the south west of the UK, bringing together a strategic alliance of academic, industrial and governmental members.

Professor Scott’s research expertise is around the detection and characterisation of nuclear materials, to aid prediction of their behaviour in engineered and environmental scenarios. This includes a specific strand of activity relating to nuclear robotics and sensors. He works closely with the nuclear industry in the UK and overseas to deliver characterisation and decontamination solutions for nuclear decommissioning. Research has been funded in association with a variety of organisations including the AWE, CERN, Sellafield and EDF with complementary funding from EPSRC, STFC, NERC, NATO, the Royal Society and Royal Academy of Engineering. 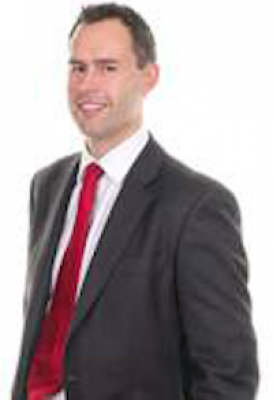 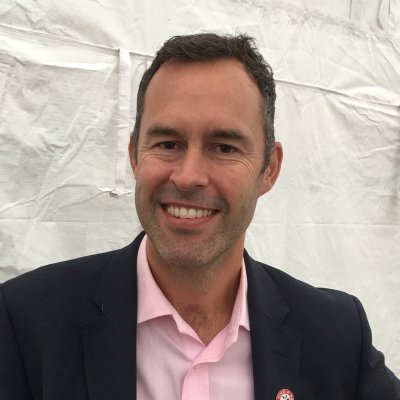 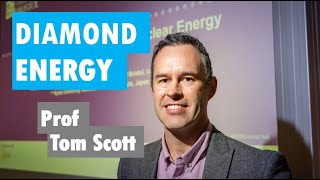 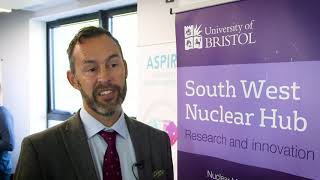 Special advisor to the House of Lords (professional)

You might be forgiven for thinking that 2020 has been a year of respite for the environment, yet, while CO2 output was eight percent lower than in 2019, we're still a long way off our 2050 net zero carbon target.

Cleaning up nuclear waste is an obvious task for robots

Some people worry about robots taking work away from human beings, but there are a few jobs that even these sceptics admit most folk would not want. One is cleaning up radioactive waste, particularly when it is inside a nuclear power station—and especially if the power station in question has suffered a recent accident.

"They were trying to separate out the contamination and thereby reduce the volume of the waste," Prof Tom Scott, from Bristol University and co-director of the NCNR, told BBC News. "The legacy left at that facility is essentially spent nuclear fuel scattered on the floor, which was giving a very high radiation dose. About 1.2 millisieverts an hour. That would mean I'd be able to hit my yearly dose within just a few hours."

"Some of the radioactivity has died away and some of the levels have dropped significantly,” said Professor Tom Scott of the University of Bristol who is leading the project. “But there are certain radioisotopes that are stilL present that have very long half lives so they’re going to be around for a long time.”

So what can be done? Researchers at the University of Bristol in the UK have a solution. Geochemist Tom Scott and colleagues have invented a method to encapsulate nuclear waste within diamonds, which as a battery, can provide a clean energy supply lasting in some cases, thousands of years.

Frontiers in Robotics and AI

In the immediate aftermath following a large-scale release of radioactive material into the environment, it is necessary to determine the spatial distribution of radioactivity quickly. At present, this is conducted by utilizing manned aircraft equipped with large-volume radiation detection systems. Whilst these are capable of mapping large areas quickly, they suffer from a low spatial resolution due to the operating altitude of the aircraft. They are also expensive to deploy and their manned nature means that the operators are still at risk of exposure to potentially harmful ionizing radiation. Previous studies have identified the feasibility of utilizing unmanned aerial systems (UASs) in monitoring radiation in post-disaster environments.

Radiation mapping, through the detection of ionising gamma-ray emissions, is an important technique used across the nuclear industry to characterise environments over a range of length scales. In complex scenarios, the precise localisation and activity of radiological sources becomes difficult to determine due to the inability to directly image gamma photon emissions. This is a result of the potentially unknown number of sources combined with uncertainties associated with the source-detector separation—causing an apparent ‘blurring’ of the as-detected radiation field relative to the true distribution.

Both the three-dimensional internal structure and elemental distribution of near-field radioactive fallout particulate material released during the March 2011 accident at the Fukushima Daiichi Nuclear Power Plant is analysed using combined high-resolution laboratory and synchrotron radiation x-ray techniques. Results from this study allow for the proposition of the likely formation mechanism of the particles, as well as the potential risks associated with their existence in the environment, and the likely implications for future planned reactor decommissioning. A suite of particles is analyzed from a locality 2 km from the north-western perimeter of the site – north of the primary contaminant plume in an area formerly attributed to being contaminated by fallout from reactor Unit 1.

Scholars have not regarded Somalia as a place of relevance to thinking about nuclear security. This article gives four reasons why this perspective is not well founded. First, as the state strengthens it needs an International Atomic Energy Agency (IAEA) nuclear security regime for the control of nuclear materials. Second, it has unsecured uranium reserves that could be smuggled abroad. Third, those unsecured uranium reserves could be accessed by terrorists for use in a ‘dirty’ bomb. Fourth, there is evidence of past ‘ecomafia’ intent and planning, and possible success, in dumping radioactive waste on land in Somalia or in its territorial waters.

Corrosion of uranium in liquid water under contained conditions with a headspace deuterium overpressure. Part 2: The ternary U + H2O(l) + D2 system

The reaction of unirradiated-U with liquid water under deuterium overpressure was studied by conducting nine separate reactions at different temperatures. Post-corrosion examination of the surfaces was conducted using FIB, SIMS and XRD. Measurements of the reacting-water pH and sample degassing were made after the experiments were stopped. Isotopic labelling allowed better investigation of the mechanisms occurring in this system.