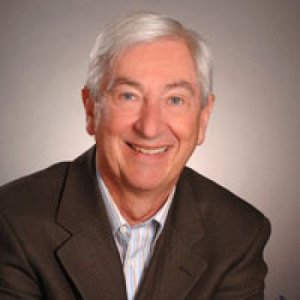 
Prof. Ambachtsheer has consulted on the design, governance, and investment policies of retirement income systems since 1985. 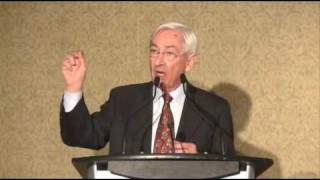 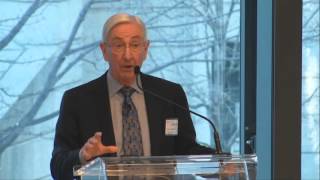 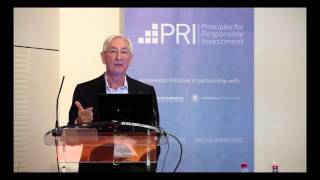 Keith Ambachtsheer is Director Emeritus of the International Centre for Pension Management (ICPM). He was founding Director of ICPM 2005-2014, and Editor of the Rotman International Journal of Pension Management 2008-2014. He was founding Academic Director of the international Rotman-ICPM Board Effectiveness Program for board members of pension organizations from 2011-2015; and continues to teach modules in this Program. He is a member of the Scholars Council of Georgetown University’s Center for Retirement Initiatives. Through his firm KPA Advisory Services, he has advised pension and investment organizations, as well as governments and their agencies, on the design, governance, and investment policies of retirement income systems since 1985. He co-founded CEM Benchmarking in 1991. CEM benchmarks the organizational performance of over 400 pension organizations worldwide. Keith has authored four books on pension management. He has been the recipient of awards globally for his work in the pensions, governance, and investments field, and comments regularly on these topics in video, electronic, and print media around the world.

One of The Globe's '10 Most Influential Academics in Institutional Investing'; CIO Magazine

Another round of CPP mythbusting, courtesy of Keith Ambachtsheer

Debate on public policy issues of the day is, by any measure, a good thing. The back and forth between various experts can lead to a greater understanding given that wisdom does not reside on just one side of the debate.

By any yardstick, Keith Ambachtsheer is a pension expert. The 74-year old is the director emeritus of the Rotman International Centre for Pension Management, and has spent virtually his whole career in the field. Three decades back, he started a consulting firm — KPA Advisory Services – that has advised “on the design, governance, and investment policies of retirement income systems.

With bond yields at extreme lows, stock prices at historic highs and return correlations unstable, pension fund managers are taking ever greater risks. As a result, plan participants are “increasingly being exposed to the threat of losses that cannot be recouped quickly,” concludes Mohamed A. El-Erian, chairman of President Barack Obama's Global Development Council and former chief executive officer and co-chief investment officer of Pacific Investment Management Co. LLC, in a recent commentary.

The “agreement in principle” to expand the Canada Pension Plan (CPP) is a major change to one of the key pillars of Canada’s retirement income system. While we encourage an informed debate about the costs and benefits of the change, it’s disappointing that a respected pension expert such as Keith Ambachtsheer has fuelled further misunderstanding over CPP expansion.

The sustainability of traditional public sector defined benefit (DB) plans has become front-page news and the subject of acrimonious debates usually framed in stark terms of DB versus DC (defined contribution). This either/or framing is unhelpful: It simply perpetuates the strongly held views of the defenders and critics of these two opposing pension models.

The Case for Long-Termism Rotman International Journal of Pension Management

In their 2014 article in Harvard Business Review, Dominic Barton and Mark Wiseman write that “big investors have an obligation to end the plague of short-termism.” This article supports their assertion by showing that, logically, real investing (as opposed to trading) is inherently wealth creating and long-term in nature. However, powerful short-term forces stand in the way of this kind of investing.

Fixing the “Loser’s Game”: What It Will Take Financial Analysts Journal

In preparing to write this editorial, I compared Charley Ellis’s 1975 FAJ article “The Loser’s Game” with his 2012 FAJ article “Murder on the Orient Express: The Mystery of Underperformance.” The comparison confirmed for me his remarkable ability to stay “on message” for a very long time. Equally remarkable is that over that same very long time, so little has changed in an industry he continues to accuse of producing too little value at too high a price. Why is that?

The Dysfunctional 'DB vs. DC' Pensions Debate: Why and How to Move Beyond it Rotman International Journal of Pension Management

Traditional DB and DC pension plans have both become dysfunctional, as have attempts to “prove” that one is superior to the other. Far better that we should devote our energies to designing a new breed of pension plans, adapted to twenty-first-century realities. Such plans strike an intelligent balance between the dual goals of adequacy and affordability.

Beyond Portfolio Theory: The Next Frontier Financial Analysts Journal

Logically, investment theory's next frontier is to put into practice the rich set of tools that academia has bestowed on the investment community—starting with Harry Markowitz's seminal article on portfolio selection in 1952. Or is it? In fact, the next frontier lies beyond simply engineering the implementation of new investment decision tools.