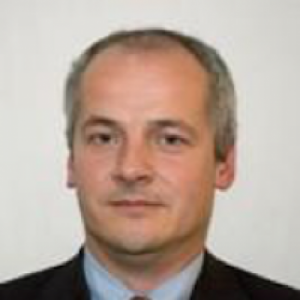 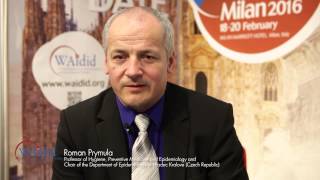 Dr. Prymula is a Director of the University Hospital in Hradec Kralove and former Dean of the Faculty of Military Health Sciences and Chair of the Department of Epidemiology at the University of Defense in Hradec Králové, Czech Republic.

Dr. Prymula graduated from Military Medical School and Charles University School of Medicine in Hradec Králové, Prague, with a medical degree, before completing an International Certificate in Hospital Management, at the University of Birmingham in the United Kingdom in 1995. He became an Associated Professor in Epidemiology in 1995 and in 2007 he became full Professor of Hygiene, Epidemiology and Preventive Medicine. Prof. Prymula obtained his PhD from Purkyne Military Medical Academy in Hradec Králové and holds specialization degrees in hygiene and epidemiology, public health, and medical microbiology.

“In the Czech Republic we have a system of mandatory immunisation and this law is based on certain fines and constrictions. It means that if you want to inforce this system, you need certain tools to do it.

Now, the Constitutional Court has decided to use certain exception from this law, but this exception seems quite fuzzy to us, because it is quite complicated to explain exceptions based on conscience.

“So we suppose there will be a substantial number of people trying to find excuses and we are worried that the number of vaccines will dramatically decline. So those are our major concerns.”...

"The Health Ministry respects the court decision, but insists on the vaccination system and does not intend to change anything," spokeswoman Stepanka Cechova has told CTK.

Roman Prymula, chairman of the Czech Vaccinology Society, said the verdict was a failure.

mmunogenicity and safety of an investigational multicomponent, recombinant, meningococcal serogroup B vaccine (4CMenB) administered concomitantly with routine infant and child vaccinations The Lancet

BACKGROUND: Meningococcal serogroup B disease disproportionately affects infants. We assessed lot-to-lot consistency, safety and immunogenicity, and the effect of concomitant vaccination on responses to routine vaccines of an investigational multicomponent ...

CONTEXT: In the absence of an effective vaccine, serogroup B Neisseria meningitidis (MenB) remains a major cause of invasive disease in early childhood in developed countries.

BACKGROUND: Although fever is part of the normal inflammatory process after immunisation, prophylactic antipyretic drugs are sometimes recommended to allay concerns of high fever and febrile convulsion. We assessed the effect of prophylactic administration ...

The global burden of disease due to Streptococcus pneumoniae remains high. The licensed 7-valent pneumococcal conjugate vaccine (7vCRM, Prevenar™/Prevnar™) has successfully reduced invasive disease in the USA, but serotype coverage is incomplete and some ...

Acute otitis media is one of the most commonly-diagnosed childhood infections. This study assessed the efficacy of a novel vaccine that contained polysaccharides from 11 different Streptococcus pneumoniae serotypes each conjugated to Haemophilus influenzae-derived protein D in prevention of acute otitis media.