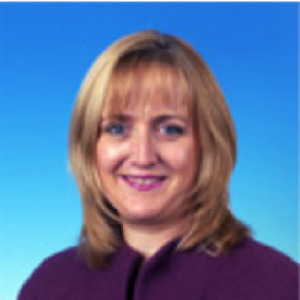 Professor Martin's research focus is on new and emerging technologies within Health and Social Care. 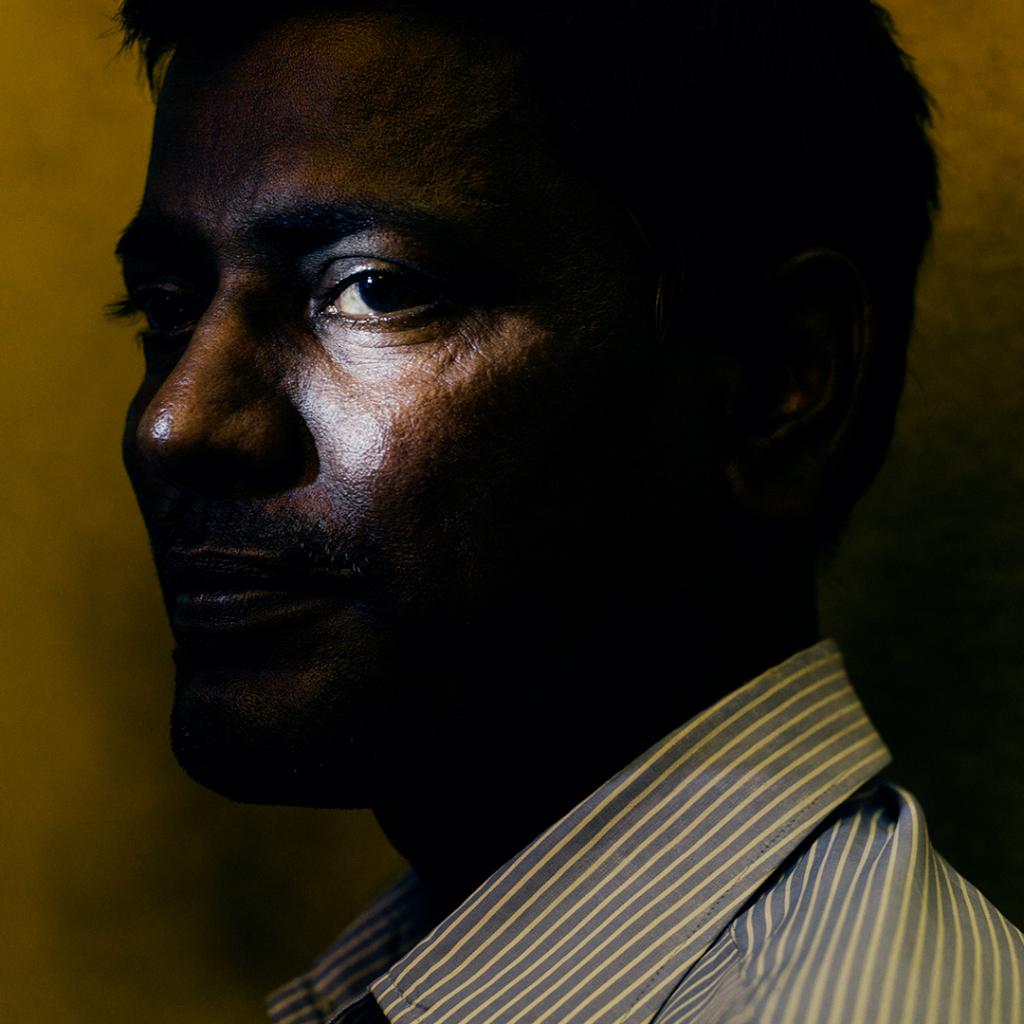 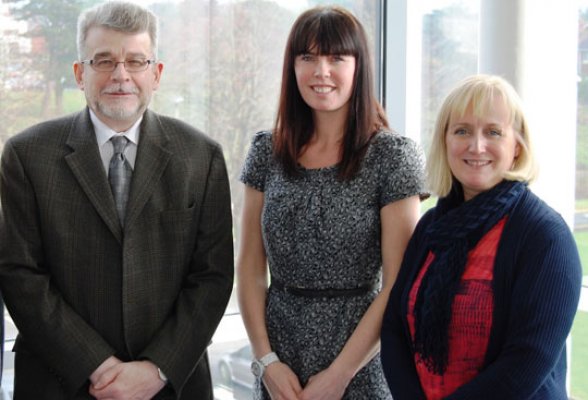 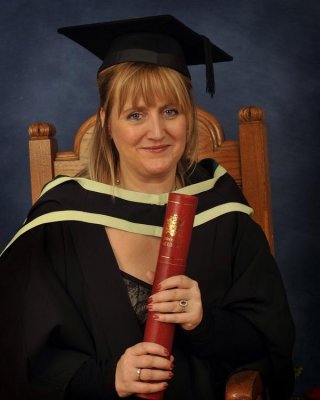 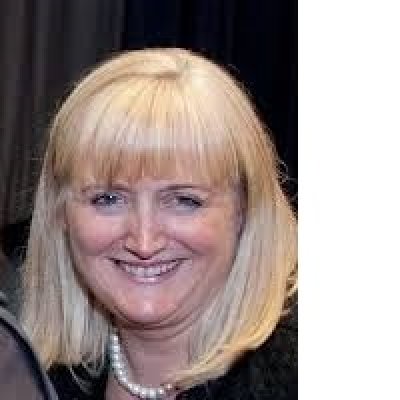 Suzanne has successfully led a range of EU and Nationally funded research projects to develop new devices and services to support people living with a disability at home. Currently she is focusing on Brain Neural Computer Interfaces (BNCI) and outcome measurement tools for electronic assistive technologies. She also leads on the Health Sciences contribution to the Translational Research and Innovation living (TRAIL) lab living lab and currently leads on Connected Health theme for the Institute of Nursing and Health Research.

New and Emerging Technologies in Health and Social Care

A recognition bestowed by the University of Ulster to recognise the outstanding accomplishments of staff members in their interaction with, and support of, business, the community and social enterprise activities.

The University of Ulster and Seating Matters research team meeting with with Her Royal Highness Princess Anne, the patron of the College of Occupational Therapy to present their research...

Occupational Therapy expert Dr Suzanne Martin (pictured) and Julia Scott, Chief Executive of the College of Occupational Therapists, talk to David Young about the future of occupational therapy education at Ulster, and how the university's innovation partnership approach is a model for others to follow...

The Journey towards Successful Research in a Diabetes Clinic: Expectations vs. Reality

Journal of Health and Medical Informatics

2015 In theory, conducting robust clinical research is a matter of developing a strong proposal with ethical governance and following through the complete research cycle. However, the reality of design and conducting research is a complicated process involving many opportunities and obstacles that challenge the researcher from start to finish. In this paper we reflect on our experience of conducting our study and how these were responded to and influenced the research. A brief overview of our study’s design and location is provided followed by a pragmatic discussion of the challenges as they arose. An understanding emerged of the critical need to nurture a mutual understanding and strong collaboration between the research team, clinical team and the patient as a key facilitator in completing a research trial...

2015 Reablement is new paradigm to increase independence in the home amongst the ageing population. And it remains a challenge to design an optimal electronic system to streamline and integrate reablement into current healthcare infrastructure. Furthermore, given reablement requires collaboration with a range of organisations (including national healthcare institutions and community/voluntary service providers), such a system needs to be co-created with all stakeholders involved. Thus, the purpose of this study is, (1) to bring together stakeholder groups to elicit a comprehensive set of requirements for a digital reablement system, (2) to utilise emerging technologies to implement a system and a data model based on the requirements gathered and (3) to involve user groups in a usability assessment of the system. In this study we employed a mixed qualitative approach that included a series of stakeholder-involved activities. Collectively, 73 subjects were recruited to participate in an ideation event, a quasi-hackathon and a usability study. The study unveiled stakeholder-led requirements, which resulted in a novel cloud-based system that was created using emerging web technologies. The system is driven by a unique data model and includes interactive features that are necessary for streamlining the reablement care model. In summary, this system allows community based interventions (or services) to be prescribed to occupants whilst also monitoring the occupant’s progress of independent living...

2015 Within medical applications there are two main types of information design; paper-based and digital information [1]. As technology is constantly changing, information within healthcare management and delivery is continually being transitioned from traditional paper documents to digital and online resources. Activity of Daily Living (ADL) charts are still predominantly paper based and are therefore prone to “human error” [2]. In light of this, an investigation has taken place into the design for reducing the amount of human error, between a paper based ADL, specifically the Barthel Index, and the same ADL created digitally. The digital ADL was developed as an online platform as this offers the best method of data capture for a large group of participants all together [3]. The aim of the study was to evaluate the usability of the Barthel Index ADL in paper format and then reproduce the same ADL digitally. This paper presents the findings of a study involving 26 participants who were familiar with ADL charts, and used three scenarios requiring them to complete both a paper ADL and a digital ADL. An evaluation was undertaken to ascertain if there were any ‘human errors’ in completing the paper ADL and also to find similarities/differences through using the digital ADL. The results from the study indicated that 22/26 participants agreed that the digital ADL was better, if not the same as a paper based ADL. Further results indicated that participants rate highly the added benefit of the digital ADL being easy to use and also that calculation of assessment scores were performed automatically. Statistically the digital BI offered a 100 % correction rate in the total calculation, in comparison to the paper based BI where it is more common for users to make mathematical calculation errors. Therefore in order to minimise handwriting and calculation errors, the digital BI proved superior than the traditional paper based method...

International journal on recent and innovation trends in computing and communication

2015 Brain-Computer Interfaces (BCI) are systems that can be controlled by the user through harnessing their brain signals. Extensive research has been undertaken within a laboratory setting with healthy users to illustrate the usability of such systems. To bring these systems to users with severe disabilities it is necessary to develop simple, easy to use systems that can be operated b y non-experts outside of the lab and are evaluated by real end users preferably through a user centered design approach. This paper presents a user centered evaluation of a P300 BCI operated by non-expert users in a rehabilitation center with a control group of five healthy participants without acquired brain injury (ABI) and five end users with ABI. Each participant aimed to complete the 30-step protocol three separate times and rate his or her satisfaction from 0 to 10 on the Visual Analogue Scale after each session. Participants then rated their satisfaction with the BCI on the extended QUEST 2.0 and a customized usability questionnaire. The results indicated that end-users were able to achieve an average accuracy of 55% compared to the control group that reported an average of 78%. The findings indicated that participants were satisfied with the BCI but felt frustrated when it did not respond to their commands. This work was phase one of three to move the BCI system into end users homes. Key recommendations for advancing the P300 BCI towards an easy to use, home-based system were identified, including reducing the complexity of the setup, ensuring the system becomes more responsive and increasing the overall functionality...

Journal of Diabetes Technology and Therapeutics

2015 This systematic review aims to evaluate evidence for viability and impact of Web-based telemonitoring for managing type 2 diabetes mellitus. A review protocol included searching Medline, EMBASE, CINAHL, AMED, the Cochrane Library, and PubMed using the following terms: telemonitoring, type 2 diabetes mellitus, self-management, and web-based Internet solutions. The technology used, trial design, quality of life measures, and the glycated hemoglobin (HbA1c) levels were extracted. This review identified 426 publications; of these, 19 met preset inclusion criteria. Ten quasi-experimental research designs were found, of which seven were pre-posttest studies, two were cohort studies, and one was an interrupted time-series study; in addition, there were nine randomized controlled trials. Web-based remote monitoring from home to hospital is a viable approach for healthcare delivery and enhances patients' quality of life. Six of these studies were conducted in South Korea, five in the United States, three in the United Kingdom, two in Taiwan, and one each in Spain, Poland, and India. The duration of the studies varied from 4 weeks to 18 months, and the participants were all adults. Fifteen studies showed positive improvement in HbA1c levels. One study showed high acceptance of the technology among participants. It remains challenging to identify clear evidence of effectiveness in the rapidly changing area of remote monitoring in diabetes care. Both the technology and its implementations are complex. The optimal design of a telemedicine system is still uncertain, and the value of the real-time blood glucose transmissions is still controversial...