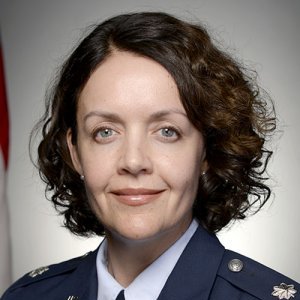 Rachel E. Foster joined the faculty at the USC Suzanne Dworak-Peck School of Social Work in 2015 as an adjunct professor. She is also an active duty lieutenant colonel in the U.S. Air Force. Her work with the Air Force has spanned clinical practice, research, policy and leadership. As a principal investigator, she has directed research projects with budgets of over $10 million related to the prevention of and response to sexual and family violence, suicide prevention, mental health of deployed service members, alcohol and drug abuse related issues, and psychological health. She served from 2013 to 2016 in the Office of the Vice Chief of Staff, Sexual Assault Prevention and Response Office as the Air Force Surgeon General Advisor providing content, clinical and research expertise supporting sexual assault victims.

She currently serves as the Chief of Research in the Office of the Under Secretary of Defense for Personnel and Readiness, Family Advocacy Program overseeing the research portfolio that supports each of the military service family maltreatment prevention and response programs for the Department of Defense.

Social Worker of the Year (2003) (professional)

D.C. trip offers an inside peek at veterans’ policies

Objective: To conduct the first population-based study comparing spouse abuse rates before and after combat-related deployments during Operation Iraqi Freedom/Operation Enduring Freedom among married U.S. Air Force personnel. Method: The sample included all married Air Force members with at least one substantiated incident of spouse physical or emotional abuse and at least one combat-related deployment between October 1, 2001 and October 31, 2008. Results: Overall, 6,063 individuals in 4,874 couples perpetrated 7,003 spouse abuse incidents across 9,676,517 person-days at risk. In couples where only one spouse abused and alcohol was involved, the abuse rate was significantly higher postdeployment. In couples where only the husband abused, the moderate/severe abuse rate was 24.0% higher postdeployment. In couples where only the husband abused, abuse was moderate/severe, and alcohol was used the abuse rate was 36.8% higher postdeployment. Despite these increases, among all abusive couples, the overall spouse abuse rate was 12.6% lower postdeployment. This finding was not moderated by military status, abuse type, year of first deployment, number of deployments, or total deployment duration. Conclusions: The impact of combat-related deployment on spouse abuse rates is variable with incidents involving moderate/severe abuse and alcohol being relatively more likely postdeployment, suggesting a need for focused prevention/intervention efforts. Families struggling with both violence and alcohol problems might benefit from collaboration between the Air Force Family Advocacy Program and Alcohol and Drug Abuse Prevention and Treatment program.