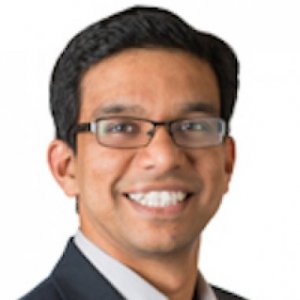 
Rajiv Ranganathan's research interests are in the area of motor learning and bio-mechanics. 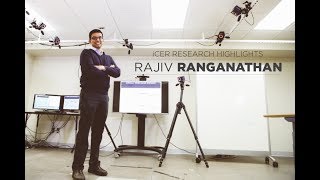 Rajiv Ranganathan is an assistant professor in the Department of Kinesiology.

The overarching goal of his research program is to develop novel training paradigms to facilitate motor skill learning and the rehabilitation of movement disorders.

His research interests are in the area of motor learning and bio-mechanics. He is particularly interested in how humans produce skilled and coordinated movement, and how this ability is altered in the context of development, aging, and movement disorders.

He uses a combination of both experimental techniques - such as motion capture, robotics and virtual reality - as well as bio-mechanical modeling and computer simulations to understand the mechanisms underlying the control of human movement.

From the Koala Challenge to the Target Challenge, TikTok is packed with fun ways to keep yourself and your loved ones entertained. Now, there's a new challenge making the rounds: It's called the Center of Gravity Challenge, and it's pretty fascinating. Center of gravity isn't the only factor at play here, though. Rajiv Ranganathan, an associate professor in the Department of Kinesiology at Michigan State University, points out that people who "win" the challenge seem to change their positioning just before moving their arms behind their back. "It seems that the people who maintain balance in this task are leaning back with their weight on their heels when they put their elbows on the floor," explains Ranganathan. "This would tend to keep the center of gravity relatively close to the knees and therefore will be easier to balance even when you remove your elbows," he says. People who fall over, on the other hand, seem to "almost adopt a push-up stance, with the weight on their hands a lot more" than their hips and lower body, he adds.

MSU professor studies the learning and relearning of movement

Rajiv Ranganathan, a professor in the Michigan State University Department of Kinesiology, will examine the process of learning and relearning movement with a more than $400,000 grant from the National Science Foundation.

2013 Robot-aided gait therapy offers a promising approach towards improving gait function in individuals with neurological disorders such as stroke or spinal cord injury. However, incorporation of appropriate control strategies is essential for actively engaging the patient in the therapeutic process. Although several control algorithms (such as assist-as-needed and error augmentation) have been proposed to improve active patient participation, we hypothesize that the therapeutic benefits of these control algorithms can be greatly enhanced if combined with a motor learning task to facilitate neural reorganization and motor recovery. Here, we describe an active robotic training approach (patient-cooperative robotic gait training combined with a motor learning task) using the Lokomat and pilot-tested whether this approach can enhance active patient participation during training. Six neurologically intact adults and three chronic stroke survivors participated in this pilot feasibility study. Participants walked in a Lokomat while simultaneously performing a foot target-tracking task that necessitated greater hip and knee flexion during the swing phase of the gait. We computed the changes in tracking error as a measure of motor performance and changes in muscle activation as a measure of active subject participation. Repeated practice of the motor-learning task resulted in significant reductions in target-tracking error in all subjects. Muscle activation was also significantly higher during active robotic training compared to simply walking in the robot. The data from stroke participants also showed a trend similar to neurologically intact participants. These findings provide a proof-of-concept demonstration that combining robotic gait training with a motor learning task enhances active participation.

Learning to be Lazy: Exploiting Redundancy in a Novel Task to Minimize Movement-Related Effort

2013 A key issue in motor control is to understand how the motor system chooses a solution from the multiple solutions that exist to achieve any particular task goal. One hypothesis is that redundancy may be resolved by minimizing movement-related costs. However, testing this prediction in motor learning has been problematic in simple laboratory tasks, like reaching, because the motor system already has extensive prior knowledge about redundancy in these tasks. Here, we used a novel task where healthy human participants performed finger movements to guide a computer cursor to different targets on the screen. Through training, all participants learned to perform successful goal-directed movements. Our findings showed that subjects did not develop a single inverse map from target to hand posture. Instead, they learned to use distinct hand postures to get to a single target, using a strategy in which the final hand posture at the target depended on the starting hand posture. Furthermore, postures chosen also depended upon the information content of visual feedback, with precise visual feedback resulting in postures that minimized movement-related costs. These results reinforce the idea that redundancy is exploited to minimize movement-related costs and that feedback plays a critical role in modulating this ability to effectively take advantage of the abundance of degrees of freedom.

Kinetic comparison among the fastball, curveball, change-up, and slider in collegiate baseball pitchers

The American Journal of Sports Medicine

2006 Controversy exists about whether breaking pitches are more stressful than are fastballs. Previous biomechanical studies compared kinematics but not kinetics.

2007 The authors examined 10 expert and 10 novice baseball batters' ability to distinguish between a fastball and a change-up in a virtual environment. They used 2 different response modes: (a) an uncoupled response in which the batters verbally predicted the type of pitch and (b) a coupled response in which the batters swung a baseball bat to try and hit the virtual ball. The authors manipulated visual information from the pitcher and ball in 6 visual conditions. The batters were more accurate in predicting the type of pitch when the response was uncoupled. In coupled responses, experts were better able to use the first 100 ms of ball flight independently of the pitcher's kinematics. In addition, the skilled batters' stepping patterns were related to the pitcher's kinematics, whereas their swing time was related to ball speed. Those findings suggest that specific task requirements determine whether a highly coupled perception-action environment improves anticipatory performance. The authors also highlight the need for research on interceptive actions to be conducted in the performer's natural environment.