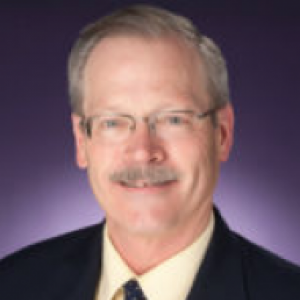 
Professor Carter focuses on U.S. foreign, trade, and defense policy, with a particular emphasis on the roles played by members of Congress.

Professor Carter teaches introductory courses in political science and international politics as well as advanced courses in U.S. foreign policy, Russian foreign policy, and Mideast conflicts. His books include Essentials of U.S. Foreign Policy Making (2015); Contemporary Cases in U.S. Foreign Policy: From Terrorism to Trade (5th ed., 2014); IR, with James M. Scott and A. Cooper Drury (3rd ed., 2018); the 44 essay Foreign Policy Analysis component of the International Studies Encyclopedia, with Steven B. Redd, Valerie M. Hudson, Patrick James, and Jeffrey Pickering (2010); Choosing to Lead: Understanding Congressional Foreign Policy Entrepreneurs, with James M. Scott (2009), and Making American Foreign Policy, with John T. Rourke and Mark A. Boyer (2nd ed. 1996). He is the author or co-author of over 50 journal articles, book chapters, and other professional publications. From 2004-2009, he served as one of the inaugural editors of the journal Foreign Policy Analysis and previously served on the editorial boards of both Foreign Policy Analysis and International Studies Perspectives. His research agenda focuses on the making of U.S. foreign, trade, and defense policy, with a particular emphasis on the roles played by members of Congress.

In 2014, Professor Carter received the TCU Chancellor’s Award for Distinguished Achievement as a Creative Teacher and Scholar and was selected as one of 10 Piper Professors of Texas. In its 2012 inaugural edition, Princeton Review named Professor Carter one of The Best 300 Professors in the United States. In 2006, he became the first person from a non-doctoral program to receive the International Studies Association’s Quincy Wright Distinguished Scholar Award. He received TCU’s Deans’ Teaching Award in 2007 and was named one of five ‘Best Professors’ at TCU by the Texas Monthly 2004 Guide to Texas Colleges and Universities. His TCU service includes participation in its strategic planning processes, two terms as department chair, and stints as director of TCU’s Washington Internship Program, Pre-Law Advisor, and Truman Scholarship Faculty Representative.

Promotion of U. S. Democracy

Named one of 10 best professors from all Texas community colleges, colleges, and universities, across all fields and academic disciplines, in 2014

Named top professor for both teaching and research at TCU

Named one of the best 300 professors in the United States, across all fields and academic disciplines, by Princeton Review

Award for distinguished scholarship and service to the International Studies Association, awarded by its Midwest Region. First recipient of this award to come from an undergraduate-only political science department

The Not-So-Silent Partner: Patterns of Legislative–Executive Interaction in the War on Terror, 2001–2009

2014 The conventional narrative surrounding the post-9/11 “War on Terror” tends to characterize the US Congress as a mostly inactive and compliant bystander, bowing to an aggressive assertion of unilateral presidential authority and power by the Bush administration. However, clarifying the conceptual framework used to examine legislative–executive interactions and congressional foreign policy behavior to account for varying patterns of interaction and varying avenues of influence yields an alternative explanation. While there is some truth to the conventional wisdom about a Congress rallying to support the president in time of war, applying the refined conceptual framework brings a more complex story into sharper focus...

From Cold War to Arab Spring: mapping the effects of paradigm shifts on the nature and dynamics of US democracy assistance to the Middle East and North Africa

2014 Since the end of the Cold War, the United States has articulated and implemented explicit strategies of democracy promotion by providing assistance to governments, political parties, and other non-governmental groups and organizations all over the world. One particularly challenging region has been the Middle East and North Africa, where democratic development and democracy aid opportunities have been limited and constrained by a variety of factors related to social, economic, and political characteristics of the region and policy priorities of the United States. This article examines the impact of two major paradigm shifts – the end of the Cold War (1989) and the 9/11 episode (2001) – on the nature, purposes, and consequences of US democracy assistance to the Middle East. Examining democracy aid allocations, social, democratic and political factors in the region, and other variables, the analysis traces the shifts in aid strategies, purposes, and recipients generated by these paradigm shifts and assesses the impact of such assistance on the politics of the region. The article concludes with a discussion of the implications of these findings for US democracy promotion policies and the impact of the Arab Spring events as a potential third break point.

2010 Since World War II, a small group of assertive MCs have chosen to lead on foreign policy issues about which they care, without waiting on the administration to take action. Significant foreign policy innovation has been the result. From the coldest days of the Cold War to the changed circumstances after 9/11, important congressional initiatives attributable to a few key individuals can be found. Drawing on an original quantitative dataset of post-World War II congressional foreign policy activity, interviews with members and their staffs, and primary and secondary research, this paper: (a) discusses the characteristics and impact of these policymakers; (b) develops categories of entrepreneurs, drawn from issues to which entrepreneurs have devoted their attention; and (c) derives strategies of entrepreneurship drawn from the activities and avenues utilized by the entrepreneurs.