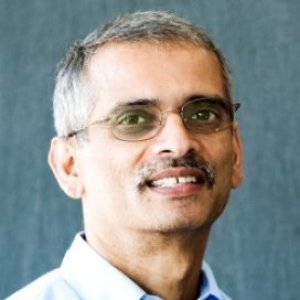 
Ramesh Rao is involved on a day-to-day basis with a wide variety of interdisciplinary and collaborative research initiatives. 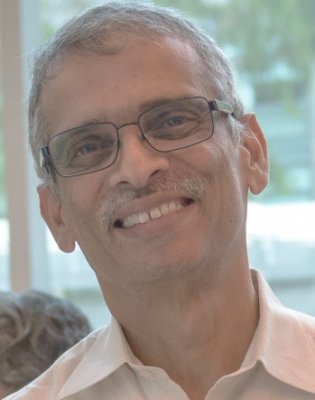 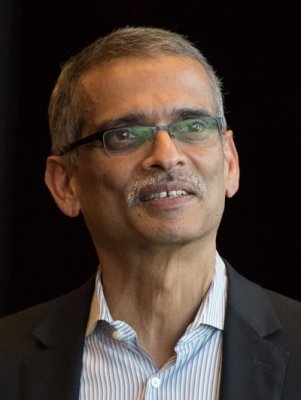 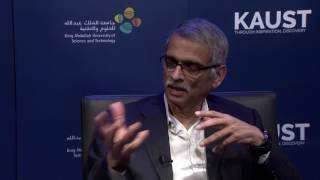 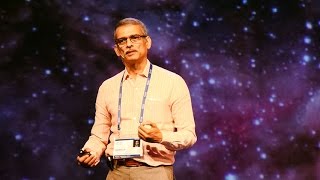 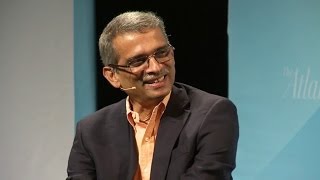 Rao has been a faculty member at UC San Diego since 1984, and director of the Qualcomm Institute—the UC San Diego division of the California Institute for Telecommunications and Information Technology (Calit2), since 2001. He holds the Qualcomm Endowed Chair in Telecommunications and Information Technologies in the Jacobs School of Engineering and is a member of the school’s Electrical and Computer Engineering department.

Prior to the Qualcomm Institute, Rao served as the director of UC San Diego’s Center for Wireless Communications. He is involved, on a daily basis, with a wide variety of research initiatives. He leads several major interdisciplinary and collaborative projects and has been a PI on dozens of federal-, state-, foundation- and industry-funded grants. He is an IEEE Fellow and senior fellow of the California Council on Science and Technology. He was named a member of the board of the Academy of Neurosciences for Architecture, a member of the Rady Children’s Hospital and Health Center Board IT Task Force and serves on the Board of Directors of CONNECT. Rao has been a long-time member of the San Diego Indian American Society and currently serves as the vice president for the Board of Governors.

On the estimation and control of human body composition

2018 Obesity is a chronic disease that can lead to an increased risk of other serious chronic diseases and even death. We present switching and time-delayed feedback-based model-free control methods for the dynamic management of body mass and its major components. The estimation of body composition based on human body weight dynamics is proposed using a soft switching-based observer. Additionally, this paper addresses the control allocation problem for optimal body weight management using linear algebraic equivalence of the nonlinear controllers based on dynamic behaviour of body composition described in literature.

2017 In this paper, we investigate the throughput of wireless systems in the presence of random data arrivals and quality of service (QoS) requirements, which are statistically characterized by the queueing-bound violation probability. By combining the concepts of effective capacity and effective bandwidth, we propose a unified analytical framework to investigate the achievable throughput. Employing the proposed unified framework, we further acquire the explicit expressions of the throughput of QoS guaranteed wireless systems with the channel state information (CSI) known/unknown at the transmitter.

2017 A promising approach for dealing with the increasing demand of data traffic is the use of device-to-device (D2D) technologies, in particular when the destination can be reached directly, or though few retransmissions by peer devices. Thus, the cellular network can offload local traffic that is transmitted by an ad hoc network, e.g., a mobile ad hoc network (MANET), or a vehicular ad hoc network (VANET). The cellular base station can help coordinate all the devices in the ad hoc network by reusing the software tools developed for software-defined networks (SDNs), which divide the control and the data messages, transmitted in two separate interfaces.

2017 In this paper, we investigate the power-delay tradeoff for the newly emerging wireless powered communication networks, in which wireless powered devices (WPDs) harvest energy from a power station via wireless energy transfer in the downlink and then communicate with an information receiving station in the uplink. Each WPD is equipped with an energy buffer and a data buffer to store the random harvested energy and the bursty data arrivals, respectively.

2016 The increasing number of connected vehicles in densely populated urban areas provides an interesting opportunity to counteract the high wireless data demands in high density and highly mobile scenarios. The idea is to support the macro base station (BS) with a secondary communication tier composed of a set of smart and connected vehicles that are in movement in the urban area. As a first step towards a comprehensive cost-benefit analysis of this architecture, this paper considers the case where these vehicles are equipped with femto-mobile Access Points (fmAPs) and constitute a mobile out-of-band relay infrastructure.