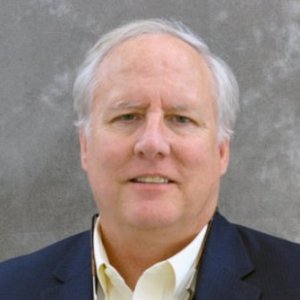 
Randy Blakely is an expert in molecular neuroscience, focusing on how diseases and drugs impact the function of brain synapses and circuits. 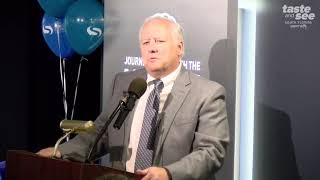 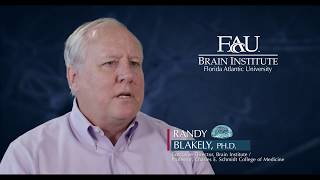 Randy D. Blakely, a native of Columbus, Georgia, received his B.A. in philosophy summa cum laude from Emory University, followed by a Ph.D. in neuroscience from the Johns Hopkins School of Medicine, where he pursued studies of brain peptides with Joseph T. Coyle. Following his graduate work, Blakely pursued postdoctoral training at the Yale/HHMI Center for Molecular Neuroscience with Susan Amara, research that identified the genes encoding targets of widely used antidepressant medications and psychostimulants, including cocaine and amphetamines. As an independent investigator (Emory University, 1990-1995; Vanderbilt University, Allan D. Bass Chair, 1995-2016, Florida Atlantic University, 2016-present), Blakely has pursued studies of the genetics, structure, regulation and pathophysiology of synaptic transporters, work that appears in more than 300 research articles and scholarly reviews. In recent years, his work has focused on the identification of transporter mutations that alter neurotransmitter inactivation and/or drug recognition, leading to the generation of animal models of multiple neuropsychiatric disorders such as autism, OCD, ADHD and major depression. A committed mentor to junior scientists, Blakely has trained nearly 100 undergraduate, Masters, Ph.D. and M.D. students through his laboratory, as well as nearly 40 post-doctoral fellows, many of hold independent, leadership positions in academia or industry.

“Our data provide clear evidence of a biochemical foundation for the reinforcing properties of home cage return. This simple environmental manipulation can provide a minimally-invasive approach to peel away aspects of reward circuitry connected to natural reinforcers – one that is critical to an animal’s survival,” says senior study author Randy Blakely, Ph.D., executive director of FAU’s Brain Institute and a professor of biomedical science in FAU’s Schmidt College of Medicine, in a release. [...]

“The work that we do on the brain focuses on certain brain chemicals,” shared Randy Blakely, PhD, a professor at Florida Atlantic University. [...]

What Is Serotonin and How Does It Affect Your Mood?

“Imagine a revolving door that amino acids have to go through to enter the brain,” says Randy Blakely, PhD, professor at the Charles E. Schmidt College of Medicine at Florida Atlantic University and executive director of the FAU Brain Institute. “Only so many can get in at once.” [...]

FAU’s Brain Institute, which backs research and education related to neuroscience, has been gearing up for — and attracting faculty to fill — the new space for years, said Randy Blakely, its executive director. [...]

“The ‘Brainy Days’ program represents a focused opportunity for Brain Institute scientists and their trainees to move out of the laboratory and connect with members of our community, young and old, concerning the many exciting developments in brain science and medicine,” said Randy D. Blakely, Ph.D., executive director of FAU’s Brain Institute and a professor of biomedical science in FAU’s Schmidt College of Medicine. [...]

Randy Blakely, Ph.D., senior author, executive director of FAU's Brain Institute, and a professor of biomedical science in FAU's Schmidt College of Medicine, first identified and cloned the human SERT gene about 25 years ago and established the ability of SERT to be blocked by the major antidepressant medications such as Prozac®, Zoloft® and Lexapro®. [...]

2019 Interleukin-1 (IL-1) signaling is important for multiple potentially pathogenic processes in the central nervous system (CNS), but the cell-type-specific roles of IL-1 signaling are unclear. We used a genetic knockin reporter system in mice to track and reciprocally delete or express IL-1 receptor 1 (IL-1R1) in specific cell types, including endothelial cells, ventricular cells, peripheral myeloid cells, microglia, astrocytes, and neurons. We found that endothelial IL-1R1 was necessary and sufficient for mediating sickness behavior and drove leukocyte recruitment to the CNS and impaired neurogenesis, whereas ventricular IL-1R1 was critical for monocyte recruitment to the CNS. Although microglia did not express IL-1R1, IL-1 stimulation of endothelial cells led to the induction of IL-1 in microglia. Together, these findings describe the structure and functions of the brain’s IL-1R1-expressing system and lay a foundation for the dissection and identification of IL-1R1 signaling pathways in the pathogenesis of CNS diseases.

2019 The antidepressant-sensitive serotonin (5-HT) transporter (SERT) dictates rapid, high-affinity clearance of the neurotransmitter in both the brain and periphery. In a study of families with multiple individuals diagnosed with autism spectrum disorder (ASD), we previously identified several, rare, missense coding variants that impart elevated 5-HT transport activity, relative to wild-type SERT, upon heterologous expression as well as in ASD subject lymphoblasts. The most common of these variants, SERT Ala56, located in the transporter’s cytosolic N-terminus, has been found to confer in transgenic mice hyperserotonemia, an ASD-associated biochemical trait, an elevated brain 5-HT clearance rate, and ASD-aligned behavioral changes. Hyperfunction of SERT Ala56 has been ascribed to a change in 5-HT KM, though the physical basis of this change has yet to be elucidated. Through assessments of fluorescence resonance energy transfer (FRET) between cytosolic N- and C-termini, sensitivity to methanethiosulfonates, and capacity for N-terminal tryptic digestion, we obtain evidence for mutation-induced conformational changes that support an open-outward 5-HT binding conformation in vitro and in vivo. Aspects of these findings were also evident with another naturally occurring C-terminal SERT coding variant identified in our ASD study, Asn605. We conclude that biased conformations of surface resident transporters that can impact transporter function and regulation are an unappreciated consequence of heritable and disease-associated SERT coding variation.

2019 Adrenal chromaffin cells (ACCs) comprise the neuroendocrine arm of the sympathetic nervous system and secrete catecholamines to coordinate the physiological response to stress. Although SERT is prominently expressed in ACCs, its role there has remained unclear. Our data show that SERT interacts with 5-HT 1A receptors to modulate catecholamine exocytosis from isolated ACCs and we propose that adrenal SERT coordinates accumulation of 5-HT for reuse in the autocrine control of catecholamine secretion. Consistent with this, constitutive knockout of SERT (SERT −/− mice) augments stress-evoked epinephrine secretion in vivo. However, the global nature of the knockout makes it difficult to determine if SERT might be acting in the CNS and / or ACCs. Furthermore, lack of SERT in platelets disrupts delivery of gut-derived 5-HT to the adrenal gland (and other tissues) via the bloodstream. To address these confounding factors, we generated a novel transgenic mouse model with selective excision of SERT in the peripheral sympathetic nervous system (SERT ΔTH) by crossing floxed SERT mice with tyrosine hydroxylase Cre driver mice. SERT expression, assessed by western blot, was abolished in the adrenal gland but not perturbed in the CNS of SERT ΔTH mice. SERT-mediated [ 3H] 5-HT uptake was unaltered in midbrain, hindbrain, and spinal cord synaptosomes, confirming transporter function was intact in the CNS. Endogenous midbrain and whole blood 5-HT homeostasis was unperturbed in SERT ΔTH mice, contrasting with the adrenal gland, which showed a ≈ 50 % reduction of 5-HT content but with no change in catecholamine content. This novel model confirms that SERT expressed in adrenal chromaffin cells is essential for maintaining 5-HT homeostasis and provides a powerful tool to help dissect the role of adrenal SERT in the sympathetic stress response.

Adrenal serotonin derives from accumulation by the antidepressant-sensitive serotonin transporter

2019 Adrenal chromaffin cells comprise the neuroendocrine arm of the sympathetic nervous system and secrete catecholamines to coordinate the appropriate stress response. Deletion of the serotonin (5-HT) transporter (SERT) gene in mice (SERT−/− mice) or pharmacological block of SERT function in rodents and humans augments this sympathoadrenal stress response (epinephrine secretion). The prevailing assumption is that loss of CNS SERT alters central drive to the peripheral sympathetic nervous system. Adrenal chromaffin cells also prominently express SERT where it might coordinate accumulation of 5-HT for reuse in the autocrine control of stress-evoked catecholamine secretion. To help test this hypothesis, we have generated a novel mouse model with selective excision of SERT in the peripheral sympathetic nervous system (SERTΔTH), generated by crossing floxed SERT mice with tyrosine hydroxylase Cre driver mice. SERT expression, assessed by western blot, was abolished in the adrenal gland but not perturbed in the CNS of SERTΔTH mice. SERT-mediated [3H] 5-HT uptake was unaltered in midbrain, hindbrain, and spinal cord synaptosomes, confirming transporter function was intact in the CNS. Endogenous midbrain and whole blood 5-HT homeostasis was unperturbed in SERTΔTH mice, contrasting with the depleted 5-HT content in SERT−/− mice. Selective SERT excision reduced adrenal gland 5-HT content by ≈ 50% in SERTΔTH mice but had no effect on adrenal catecholamine content. This novel model confirms that SERT expressed in adrenal chromaffin cells is essential for maintaining wild-type levels of 5-HT and provides a powerful tool to help dissect the role of SERT in the sympathetic stress response.