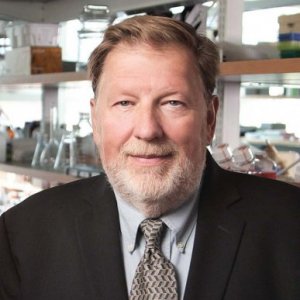 Professor and Chair | Department of Neuroscience | The Ohio State University

Dr. Nelson is Professor and Chair of the Department of Neuroscience at The Ohio State University Medical Center. He holds the Dr. John D. and E. Olive Brumbaugh Chair in Brain Research and Teaching. Dr. Nelson also holds joint appointments as Professor of Psychology and Evolution, Ecology and Organismal Biology. He directs the OSU Behavioral Phenotyping Core.

Dr. Nelson served on the faculty at Johns Hopkins from 1986-2000 when he moved to Ohio State. He has published over 350 scientific articles and several books describing studies in biological rhythms, behavioral neuroendocrinology, stress, immune function, sex and aggressive behavior. He has been elected to Fellow status in several scientific associations including the American Association for the Advancement of Science, American Psychological Association, Association for Psychological Science, and the Animal Behavior Society. Nelson has served on many federal grant panels and currently serves on the editorial boards of five scientific journals. Dr. Nelson currently serves as the associate editor for Hormones and Behavior. He was awarded the Distinguished Scholar Award at OSU in 2006, as well as the University Distinguished Lecturer, and the OSU Alumni Award for Distinguished Teaching in 2009. In 2012, he was appointed as Distinguished Professor of the College of Medicine, and in 2013 the Board of Trustees conferred the title of Distinguished University Professor upon Dr. Nelson.

Late-night e-reading and falling asleep to a glowing television could have more long-term effects on our health than just a bad night’s sleep. Research indicates that nighttime light exposure has a health cost that can be passed along to offspring in the form of weakened immune systems and impaired endocrine activity, according to an Ohio State University study of hamsters published last week. “We adopted electrical lights and these devices wholesale ... as convenient and useful before we really understood the importance of circadian rhythms in our normal functioning,” said Randy Nelson, neuroscience professor and senior author of the study. “Now, we’ve taken a step back.

Study: Health problems from nighttime light exposure can be passed to offspring

A new study found that animals can pass the damaging effects of nighttime light exposure to their offspring, adding to the evidence that illuminated nights come with major health concerns. Researchers at The Ohio State Universities found hamster pups born to parents who don’t receive a natural mix of daylight and darkness before mating are born with weakened immune systems and impaired endocrine activity. Yasmine Cisse, lead author and a graduate student in neuroscience, said the circadian disruptions, those that disrupt the body’s natural 24-hour clock, could have major, long-term effects on children. Previous studies have also linked many health problems, including cancer and diabetes, to dim-light exposure in naturally dark hours, which has prompted major concerns about the use of electronics late at night. “Now, we’re seeing for the first time in these hamsters that it’s possible this damage isn’t just being done to the affected individuals, but to their offspring as well,” said Randy Nelson, senior study author, professor and chair of neuroscience at Ohio State’s Wexner Medical Center.

Animals can pass the damaging effects of nighttime light exposure to their offspring, a new study has found, adding to a growing body of evidence that there's a health cost to our increasingly illuminated nights.

Health effects from light exposure can be passed on to children

The new study, published in Scientific Reports, concludes that exposure to light at nighttime might not just affect us – it might impact our future children’s health, too. The new findings come from The Ohio State University. The researchers knew from earlier studies that stressors could cause hormone disruptions in adult mice, altering their physiology and behaviour. They also knew from their own previous research that animals exposed to light during dark hours showed a reduction in their immune response. Similarly, they also found that, by disrupting circadian rhythms – which are daily sleep/wake cycles – dim light at night increased the body weight of mice. The scientists – led by Yasmine Cisse, a graduate student, and Randy Nelson, professor and chair of neuroscience at Ohio State’s Wexner Medical Center – set out to build on these earlier results.

The findings emerged from lab experiments on hamsters after studies linked night light to an increased risk of cancer, heart disease and depression. Prof Randy Nelson, who led the US research, said: “We should be concerned about increasing exposures to light at night from our tablets, phones and TVs.” The research showed for the first time damage was not only being done to the affected individuals but to their offspring as well.

nimals can pass the damaging effects of nighttime light exposure to their offspring, a new study has found, adding to a growing body of evidence that there’s a health cost to our increasingly illuminated nights. Hamster pups are born with weakened immune systems and impaired endocrine activity when their parents don’t receive a natural mix of daylight and darkness prior to mating, found researchers at The Ohio State University. “This suggests that circadian disruptions can have long-ranging effects in offspring and that’s concerning,” said lead author Yasmine Cisse, a graduate student in neuroscience at Ohio State. The study appears in Scientific Reports. Previous human and animal studies have linked a variety of health problems, including cancer and diabetes, to dim-light exposure during naturally dark hours. And that science has prompted concerns about the prevalent use of computers, tablets, televisions and phones late into the evening hours. “Now, we’re seeing for the first time in these hamsters that it’s possible this damage isn’t just being done to the affected individuals, but to their offspring as well,” said senior study author Randy Nelson, professor and chair of neuroscience at Ohio State’s Wexner Medical Center.

The time of day that breast cancer chemotherapy drugs are given affects the amount of damaging inflammation in the body, a new study in mice suggests. That’s important because inflammation, particularly in the brain, is believed to contribute to many of the neurological side effects of chemotherapy in humans, such as depression, anxiety and short-term memory loss. “Timing of drug administration can have a big effect on inflammation, and that may potentially affect a wide variety of harmful side effects,” said Courtney DeVries, co-author of the study and professor of neuroscience at The Ohio State University’s Wexner Medical Center. But the results also showed an important complicating factor: The inflammatory effects were opposite in the brain versus the spleen depending on the time the drugs were given. “The spleen and the brain were out of phase. When inflammation was high in one, it was low in the other,” said co-author Randy Nelson, also a professor of neuroscience at Ohio State’s Wexner Medical Center. The study was published today in the journal Scientific Reports.

What color is your night light? It may affect your mood

When it comes to some of the health hazards of light at night, a new study suggests that the color of the light can make a big difference. In a study involving hamsters, researchers found that blue light had the worst effects on mood-related measures, followed closely by white light. But hamsters exposed to red light at night had significantly less evidence of depressive-like symptoms and changes in the brain linked to depression, compared to those that experienced blue or white light. The only hamsters that fared better than those exposed to red light were those that had total darkness at night. The findings may have important implications for humans, particularly those whose work on night shifts makes them susceptible to mood disorders, said Randy Nelson, co-author of the study and professor of neuroscience and psychology at The Ohio State University.

Some harmful effects of light at night can be reversed

Chronic exposure to dim light at night can lead to depressive symptoms in rodents - but these negative effects can be reversed simply by returning to a standard light-dark cycle, a new study suggests. While hamsters exposed to light at night for four weeks showed evidence of depressive symptoms, those symptoms essentially disappeared after about two weeks if they returned to normal lighting conditions. Even changes in the brain that occurred after hamsters lived with chronic light at night reversed themselves after returning to a more normal light cycle. These findings add to the growing evidence that suggest chronic exposure to artificial light at night may play some role in the rising rates of depression in humans during the past 50 years, said Tracy Bedrosian, lead author of the study and doctoral student in neuroscience at Ohio State University. “The results we found in hamsters are consistent with what we know about depression in humans,” Bedrosian said. But the new study, published online in the journal Molecular Psychiatry, also offers some hope. “The good news is that people who stay up late in front of the television and computer may be able to undo some of the harmful effects just by going back to a regular light-dark cycle and minimizing their exposure to artificial light at night,” Bedrosian said. “That’s what the results we found in hamsters would suggest.” Bedrosian conducted the study with Ohio State colleagues Randy Nelson, professor of neuroscience and psychology, and Zachary Weil, research assistant professor in neuroscience.

Long-term exposure to air pollution can lead to physical changes in the brain, as well as learning and memory problems and even depression, new research in mice suggests. While other studies have shown the damaging effects of polluted air on the heart and lungs, this is one of the first long-term studies to show the negative impact on the brain, said Laura Fonken, lead author of the study and a doctoral student in neuroscience at Ohio State University. “The results suggest prolonged exposure to polluted air can have visible, negative effects on the brain, which can lead to a variety of health problems,” Fonken said. “The more we learn about the health effects of prolonged exposure to air pollution, the more reasons there are to be concerned,” said Randy Nelson, co-author of the study and professor of neuroscience and psychology at Ohio State. “This study adds more evidence of pollution’s negative effects on health.”