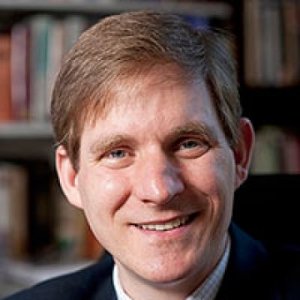 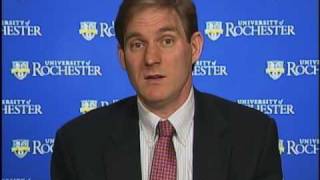 Has been awarded grants by the NSF, SSRC, NCEEER, and IREX, and was the last recipient of the Soviet Peace Prize (1991). Stone teaches courses in international relations, international and comparative political economy, international organization, and Russian and East European politics.

Stone has been cited by the New York Times, CNBC, PBS News, and Foreign Policy Magazine for his insight into current affairs in Ukraine and Crimea.

The Spring 2021 Polish Film Festival in Rochester begins this week. A different film will be available for streaming each day April 7-14. Randy Stone, director of the Skalny Center for Polish and Central European Studies at the University of Rochester, joined us to run down the lineup of films.

In support of sustainable investing, the University of Rochester is now the sixth higher education institution in the country to join Climate Action 100+. This coalition of investment firms, pension funds, and institutional investors pushes the corporations that are the world’s largest greenhouse-gas emitters to agree to plans that will lower these emissions, be transparent about their operations, and take necessary action on climate change. The University’s Investment Office and Investment Committee of the Board of Trustees have committed to this coalition, a move recommended by the University’s Ethical Investment Advisory Committee (EIAC). The EIAC comprises student, faculty, and staff representatives who help ensure that the University’s endowment excludes investments in companies that represent business, labor, social, or environmental practices that are inconsistent with the University’s values. “Joining Climate Action 100+ is a significant action for us because it positions the University as a leader among US private research universities on sustainable investment,” says Randall Stone, EIAC chair and professor of political science.

The University of Rochester Skalny Center is back with this year’s Polish Film Festival November 5-10 in Rochester. Randall Stone, Director of the Skalny Center for Polish and European Studies, discussed the films and their impact Monday during News 8 at Noon. “It’s a really special lineup of events this year,” Stone said. “Tomorrow is a film that was kind of lost and found. Pola Negri is well known for her silent films made in the United States, but she was a leading Polish silent film actress. And all of those films were lost, except for this one. ‘The Polish Dancer,’ which in Polish is called ‘Bestia,’ the beast. So she made this film in Poland and then it was bootlegged. It was brought to the United States, produced under a different title, and put out as if it were made in America. And that’s why it survived. There was a copy lying around in an archive. It was found and it’s been cleaned up. It has a really special feature. Silent films typically were done with live music, and this one has music in the score that was written and composed and performed by Wlodek Pawlik. He will be performing that music live tomorrow night.”

Understanding the situation in Ukraine

The situation in Ukraine appears to be on a razor's edge, with many Ukrainians concerned about Russian aggression. We'll discuss what's happening on the ground, and we'll hear from the local Ukrainian community. Our guests: Randy Stone, director of the Skalny Center for Polish and Central European Studies at the University of Rochester

President Trump said last week that he doesn't understand why American sons and daughters would be asked to put their lives on the line for some NATO partners like Montenegro. That sparked a public debate over how treaties work, and whether the NATO commitments are worth keeping. Our guest has extensive experience teaching and analyzing issues pertinent to NATO partners. We discuss President Trump's recent visit with Vladimir Putin, too. In studio: Randy Stone, director of the Skalny Center for Polish and Central European Studies at the University of Rochester

The World Bank, established at the Bretton Woods Conference in 1944, was originally founded to rebuild Western Europe after the devastation of the Second World War. Later in the 1970s, it shifted its focus to alleviating poverty worldwide.. As Randy Stone, a professor of political science at the University of Rochester, explains in a recent University of Rochester Quadcast, he’s been working on a series of studies about the influence of multinational corporations over multilateral institutions.

An update on U.S.-Russia relations

Dueling publication weighed in recently on the question: who has been tougher on Russia, Trump or Obama? We discuss U.S. policy in regards to Russia, and how the ongoing Mueller investigation is affecting that relationship. Our guest has many years of experience in evaluating, teaching about, and contributing to this subject: Randy Stone, director of the Skalny Center for Polish and Central European Studies at the University of Rochester

“Plaintiffs by Proxy: A Firm-Level Approach to WTO Dispute Resolution”

The Review of International Organizations

Lobbying by multinational business firms drives the agenda of international trade politics. We match Fortune Global 500 firms to WTO disputes in which they have a stake and to their political activities using public disclosure data. The quantitative evidence reveals traces of a principal-agent relationship between major MNCs and the US Trade Representative (USTR). Firms lobby and make political contributions to induce the USTR to lodge a WTO dispute, and once a dispute begins, firms increase their political activity in order to keep USTR on track. Lobbying is overwhelmingly patriotic—the side opposing the US position is barely represented—and we see little evidence of MNCs lobbying against domestic protectionism. When the United States is targeted in a dispute, lobbying by defendant-side firms substantially delays settlement, as the affected firms pressure the government to reject concessions. Lobbying on the complainant side does not delay dispute resolution, as complainant-side firms have mixed incentives, to resolve disputes quickly as well as to hold out for better terms.

The World Bank withholds loan disbursements in order to build a reputation for enforcing conditionality, and multinational firms lobby for these funds to be released. Using data drawn from World Bank reports, we find evidence that participation by Fortune 500 multinational corporations as project contractors and investments by these firms are associated with disbursements that are unjustified by project performance.

The effect of new International Monetary Fund (IMF) lending announcements on capital markets depends on the lender’s political motivations. There are conditions under which lending reduces the risk of a deepening crisis and the risk premium demanded by market actors. Yet the political interests that make lenders willing to lend may weaken the credibility of commitments to reform, and the act of accepting an agreement reveals unfavorable information about the state of the borrower’s economy. The net ‘catalytic’ effect on the price of private borrowing depends on whether these effects dominate the beneficial effects of the liquidity the loan provides. Decomposing the contradictory effects of crisis lending provides an explanation for the discrepant empirical findings in the literature about market reactions. This study tests the implications of the theory by examining how sovereign bond yields are affected by IMF program announcements, loan size, the scope of conditions attached to loans and measures of the geopolitical interests of the United States, a key IMF principal.