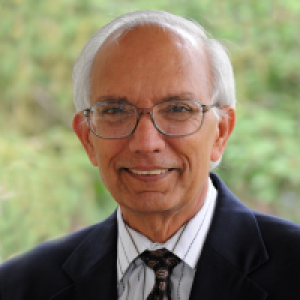 
Rattan Lal is a Professor of Soil Physics in the School of Environment and Natural Resources at The Ohio State University . 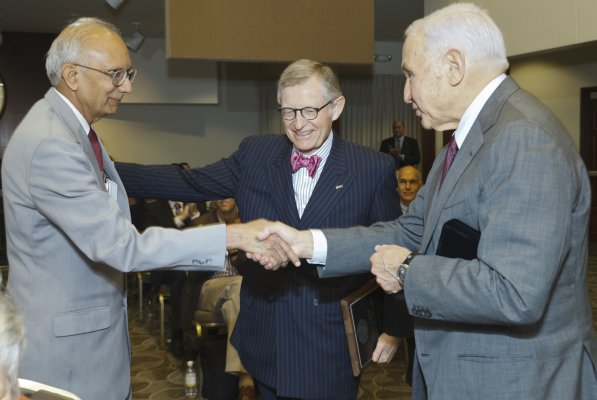 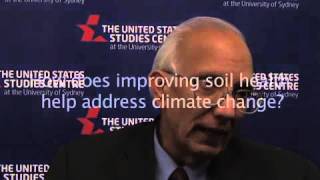 Rattan Lal is a professor of soil physics in the School of Environment and Natural Resources, and Director of the Carbon Management and Sequestration Center, FAES/OARDC at The Ohio State University (OSU).

From 1968 to 1969 he was Senior Research Fellow at the University of Sydney and soil scientist at the International Institute of Tropical Agriculture (IITA) in Ibadan, Nigeria from 1970 to 1987. In 1987 he joined the faculty at OSU.

He is recipient of an honorary degree of Doctor of Science from Punjab Agricultural University, India and of the Norwegian University of life Sciences in Aas, Norway. He is past president of the World Association of the Soil and Water Conservation (1987-1990), the International Soil Tillage Research Organization (1988-1991), and the Soil Science Society of America (2005-2008). He is a member of the U.S. National Committee on Soil Science of the National Academy of Sciences (1998-2002) and (2007-to date) and lead author of IPCC (1998-2000) which earned him the Nobel Peace Prize Certificate. He has served on the Panel on Sustainable Agriculture and the Environment in the Humid Tropics of the National Academy of Sciences, and has also been a consultant to FAO, World Bank, UNEP, GEF, UNDP, USAID and many other international organizations. He was Scientific Liaison Officer of USAID for the CGIAR system from 1990 to 1995, and member of the review team of all CRSPs in 1994.

He has mentored 106 graduate students and 54 postdoctoral researchers. He has hosted about 156 short term trainees/visiting scholars from India. He has authored and co-authored about 2,110 research publications, has written 19 books and edited or co-edited 65 books.

He earned B.Sc from Punjab Agric. University, his M.Sc from IARI and Ph.D from OSU.

A Crucial Climate Mystery Hides Just Beneath Your Feet

But there’s yet another barrier here: money. For farmers, the costs of planting cover crops often outweigh the immediate benefits. That’s why Ohio State’s Lal argues that farmers should get some help. “We have to recognize that farmers are making an investment that benefits society as a whole,” she says. “They should be compensated. My estimate is $16 per acre per year.”

Trump Can Scrub the Clean Power Plan, but the West Will Stay Green

That said, Silver thought Sanderman’s conclusions made sense: Grow more stuff, and you get more carbon left behind in the soil. Rattan Lal, director of the Carbon Management and Sequestration Center at Ohio State, also gave the study his seal of approval...

Looking to the Earth Itself as a Climate Solution

"I wish the U.S. were taking the lead. We're the world's breadbasket," said Rattan Lal, a soil science professor at Ohio State University and the incoming president of the International Union of Soil Sciences. "But the French are, and as long at the U.S. follows along, then at least we're heading in the right direction."...

The amount of carbon that can be restored in the world's degraded agricultural soils will directly influence global food security and climate change within our lifetime, said Rattan Lal, author of the article and director of the carbon management and sequestration center at Ohio State University...

A lack of carbon in soil may promote erosion, as topsoil and fertilizers are often washed or blown away from farm fields and into waterways, said Rattan Lal, the paper's lead author and the director of the carbon management and sequestration center at Ohio State University...

Agricultural lands, which include crop, pasture and grazing lands, comprise about 42 percent of the total landmass of the United States. In the last 200 years, nearly 5 billion metric tons of carbon has been released into the atmosphere because of land use change, such as plowing, drainage and residue removal in the U.S., said Rattan Lal, a professor of natural resources at Ohio State. Each year, accelerated soil erosion releases about 15 million metric tons of carbon into the atmosphere in the United States alone...