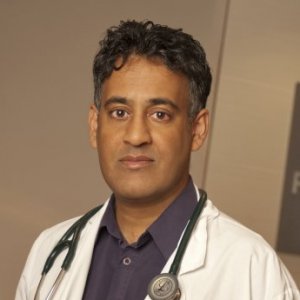 
Focusing on the pathophysiology and treatment of type 2 diabetes. 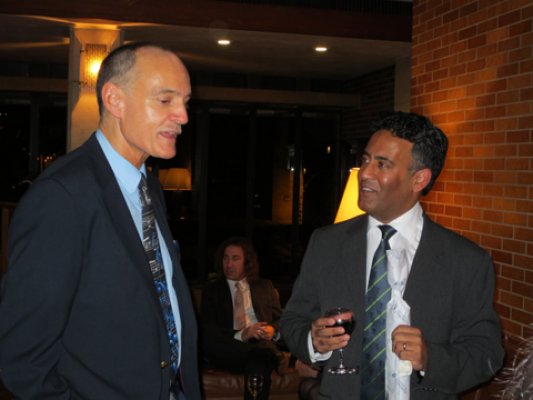 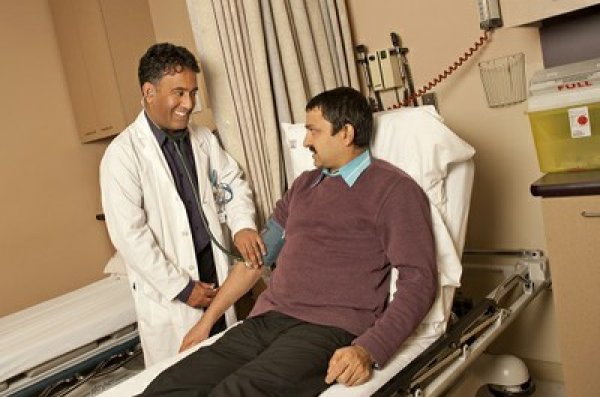 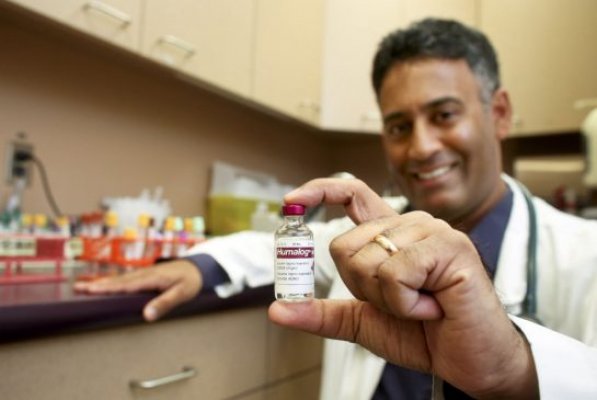 An endocrinologist and clinician-scientist based at the Leadership Sinai Centre for Diabetes at Mount Sinai Hospital in Toronto, Dr. Ravi Retnakaran leads a clinical research program that focuses on the pathophysiology and treatment of type 2 diabetes.

He is leading of series of innovative clinical trials (LIBRA, RESET IT, PREVAIL) that aim to preserve pancreatic beta-cell function early in the course of type 2 diabetes and thereby halt the progressive nature of diabetes in patients.

Recently, Dr. Retnakaran and his research team published an analysis of data from several studies in which patients with early-stage diabetes were treated temporarily with insulin, revealing that the disease can indeed be halted in its tracks. Published in The Lancet Diabetes & Endocrinology, the findings have provided the impetus for a novel clinical trial at Mount Sinai Hospital, called RESET IT, which aims to demonstrate that, when introduced early in the course of disease, treatment with short-term insulin therapy for two to three weeks can restore the body's ability to make and use insulin, the two key problems that cause diabetes. Similarly, his research group reported in The Lancet that combination therapy consisting of basal insulin and a GLP-1 agonist can yield excellent glucose control without hypoglycemia or weight gain in patients with type 2 diabetes. These findings have led to another currently ongoing clinical trial, called PREVAIL.

Awarded by the Canadian Society of Endocrinology and Metabolism.

Awarded by the Canadian Society for Clinical Investigation.

Healthy obesity, which does not have a universal definition in the medical community, may be a transient condition, said Dr. Ravi Retnakaran, an endocrinologist and clinician-scientist at Mount Sinai Hospital in Toronto. “In the debate over healthy obesity and whether it exists, most of the time healthy obesity has been defined on the basis of a person’s metabolic status at one point in time,” Retnakaran, who was not part of the new study, told Reuters Health by phone. “The literature really is lacking in these types of studies with repeated assessment,” he said. “You may not be completely out of the woods if you’re classified as healthy obese.”...

The researchers, led by Ravi Retnakaran, from Mount Sinai Hospital, Toronto, Canada, noted that the high cost of both GLP-1 agonists and insulin analogues is likely to be the major barrier to widespread adoption of the treatment...

In a pooled analysis of 15 studies, there was a significantly greater mean reduction in HbA1c (-0.44%) against all other comparators, Ravi Retnakaran, MD, of Mount Sinai Hospital in Toronto, and colleagues reported online in The Lancet. Their review, totaling 4,348 patients, found the combination of GLP-1 and basal insulin offered a significantly greater reduction in HbA1c than any other treatment strategy (P

"The cornerstone of type 2 diabetes management is to try to get blood sugar levels as normal as possible," explained study author Dr. Ravi Retnakaran, an endocrinologist at Mount Sinai Hospital in Toronto. "Unfortunately, we have a lot of trouble getting there in most patients, because of the limitations and side effects of most therapies."...

Lead researcher, Dr. Ravi Retnakaran, suggests that his findings could help doctors dole out advice to new moms on what they can work on to improve their health. It also serves as an early warning sign. “It’s long been hypothesized that the cumulative effect of the weight she carries forward from each pregnancy in her lifetime ultimately leads to a woman’s risk of developing diabetes and heart disease,” Retnakaran said...

Glucagon-like peptide-1 receptor agonist and basal insulin combination treatment for the management of type 2 diabetes: a systematic review and meta-analysis.

GLP-1 agonist and basal insulin combination treatment can enable achievement of the ideal trifecta in diabetic treatment: robust glycaemic control with no increased hypoglycaemia or weight gain. This combination is thus a potential therapeutic strategy that could improve the management of patients with type 2 diabetes.

Short-term intensive insulin therapy and its impact on type 2 diabetes: a systematic review and meta-analysis.

Short-term intensive insulin therapy can improve the underlying pathophysiology in early type 2 diabetes mellitus, and thus might provide a treatment strategy for modifying the natural history of diabetes.

Liraglutide and the preservation of pancreatic beta-cell function in early type 2 diabetes: The LIBRA trial.

Clinical studies evaluating the effects of medications on β-cell function in type 2 diabetes (T2DM) are compromised by an inability to determine the actual baseline degree of β-cell dysfunction independent of the reversible dysfunction induced by hyperglycemia (glucotoxicity). Short-term intensive insulin therapy (IIT) is a strategy for eliminating glucotoxicity before randomization. This study determined whether liraglutide can preserve β-cell function over 48 weeks in early T2DM following initial elimination of glucotoxicity with IIT.

Each degree of glucose intolerance in pregnancy predicts distinct trajectories of beta-cell function, insulin sensitivity and glycemia in the first 3 years postpartum

Each degree of gestational glucose intolerance predicts distinct trajectories of β-cell function, insulin sensitivity, and glycemia in the first 3 years postpartum that drive their differential risk of future T2DM.

Previous studies have yielded conflicting findings on the relationship between low vitamin D (25-OH-D) and impaired glucose homeostasis. In this context, we hypothesized that combined assessment of 25-OH-D with its regulator parathyroid hormone (PTH) may be required for optimal evaluation of the impact of vitamin D status on glucose metabolism.