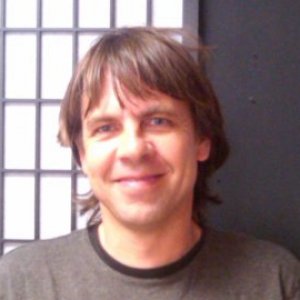 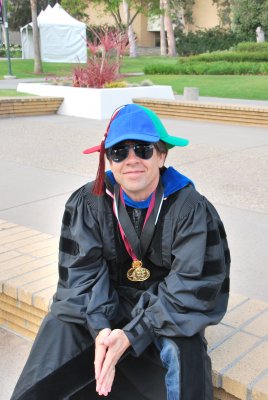 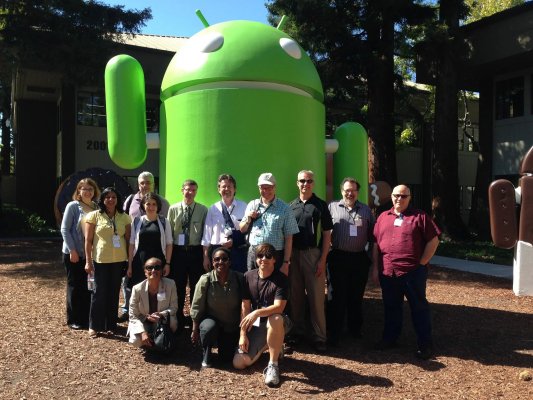 Ray Toal is Professor of Computer Science at Loyola Marymount University in Los Angeles where he has been teaching since 1986 and is currently serving as chair of the Electrical Engineering and Computer Science department. He received his Ph.D. from UCLA in 1993 in semantics, with minors in theoretical computer science and database systems. His current research interests are in programming language design, compilers, APIs, and large scale infrastructure. He has consulted for a number of companies in the Los Angeles area, including Citysearch/CityGrid, Medaxis, Friendbuy, Handmade Mobile, M-GO, and Criteo. Ray has authored three books on programming languages and has been involved with projects at the Human Advancement Research Community (HARC).

California Professor of the Year (professional)

Recipient of the 2008 California state award from the Carnegie Foundation for the Advancement of Teaching's U.S. Professors of the Year Awards Program.

Interviewed by Skip Lindeman on a business show on the old KWHY-TV Channel 22 in Los Angeles, back in the day (1992) when OOP was a thing.

A walk through of the original Communicating Sequential Processes paper, and a look at how the principles are used in modern languages like Go and Erlang.

A look at the degree to which six modern programming languages follow the principles of effective learnable programming set out by Bret Victor in a 2012 essay.

If it's free, why it is so popular?

Development of an Open Source Teaching Framework and a computer science curriculum based on the values of the open source culture.

On the Nature of Things

An examination of the nature of the universe (whatever that may mean). Specifically, we will discuss how we humans are able to perceive, model, study, and discover explanations of everything and of nothing, through the application of the scientific method. We will look into what science is, why it works, and something known as the philosophy of science. In addition, as our understanding of the universe depends on understanding understanding, we will look into what we have learned about ourselves, our minds and brains, intelligence, consciousness, and self-awareness, primarily from a computational perspective.

A course leading to mastery of some of the fundamental concepts that underlie programming language syntax and semantics through a comparative study of several languages and their features. Students will (1) learn several new programming languages together with characteristic features and paradigms, (2) gain the ability to study conceptual linguistic issues without being blinded by a particular language's implementation, and (3) gain insight into the problem of designing new languages.

A course in the theory and practice of both traditional and modern approaches to language translation. Students will design and implement and programming language, designing, building, documenting, and testing a compiler. Along the way, students will (1) learn about virtual machines, (2) increase their software development expertise by building a complex system (a compiler) using a modern toolset including node.js, npm, and mocha, as an open source project hosted on a public repository, and (3) take a new look at C and assembly language, making it less likely that their skills in these areas will rust completely before graduation.

The second half of a year-long investigation of data structures and algorithms, focusing on advanced topics such as secret and public key encryption, hashing and indexing, dynamic programming, linear programming, graph theory, randomized algorithms, combinatorial search, computability, and complexity. The course will emphasize giving students a good foundation for later study in distributed computation, web search, genetic sequencing, and artificial intelligence, and to become prepared for graduate study and industry research.

The introductory programming course at Loyola Marymount University, in which students (1) learn what the field of computing is, and why it is important, (2) learn how to craft well-structured, working programs, (3) learn that some ways of programming are better than others, and (4) gain an appreciation of the value of design and testing in programming. The learning objectives are achieved through a participatory-lecture course format. The instructor codes in an online codepad (usually JSFiddle) and students make modifications to the code during class, often sharing their own solutions.

An examination of the relationship of human consciousness and self-awareness to the formal concepts of self-reference and self-representation in logic, language, thought, and computation theory. Through an investigation of this relationship students will gain a working knowledge of systems of modern logic and metalogic, a basic understanding of classical and statistical natural language processing, and a working understanding of the main pillars of computation theory, including universal machines and the Church-Turing Thesis. Students will be able to apply the course material and experiences to a formulation of their own theories of consciousness, the mind-body problem, reality, artificial intelligence, and the likelihood of creating sentient devices.

Also known as the Senior Project Capstone, Fall Edition, this course prepares students for industry careers by taking on small group projects designed, built, and deployed using agile best practices. Students improve their fluency with version control, wikis, scrum or kanban tools, unit and integration testing, and build/deployment tools. Projects are expected to be interactive, secure, and database-backed. A variety of guest speakers from startups and established companies visit and work with students.

Software engineering and the game of Monopoly

Implementing the Model-View-Controller Paradigm in Ada 95

Difficulties with Multithreaded Programming in Popular Distributed and Object-Oriented Frameworks