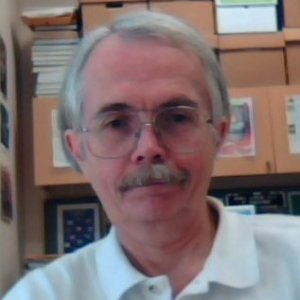 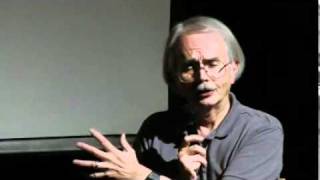 Raymond Hawkins, PhD has been engaged in clinical health psychology and research for over 40 years, beginning in his doctoral studies in the Human Feeding Laboratory of Dr. Eliot Stellar and Dr. Albert Stunkard at the University of Pennsylvania. He has conducted research on binge eating disorder in obese and normal weight individuals, and has conducted cognitive-behavioral group and individual treatment for this population. Dr. Hawkins also was a co-founder of the Austin Stress Clinic, where his specialty was habit control with adjunctive clinical biofeedback training. A staff psychologist at Austin Regional Clinic Mental Health Associates (subsequently Integrated Mental Health Service) for 22 years, Dr. Hawkins developed a clinical biofeedback service for treating stress and pain disorders and also the Family Recovery Program, which was an outpatient treatment program for substance abuse patients. Since 1975, he has conducted clinical health psychology research as a faculty member of the Psychology Dept. at The University of Texas at Austin (now an adjunct Clinical Assistant Professor); and since 2004 as a Core Faculty member in the Clinical Psychology Program at Fielding Graduate University, where he continues to research binge eating disorder and obesity. His research includes a 38 year follow-up of families who participated in his longitudinal study of the growth and caregiver-infant feeding interactions of bottle-fed infants born to normal weight and obese parents. His other research projects include studying evidence based assessment and interventions in two practice research networks (in the UT Austin Clinical Psychology Training Clinic and the Fielding Training Clinic at New Life Institute, which he directs), and revising the scoring of traditional personality tests (including the Holtzman Inkblot Technique and Thematic Apperception Test) and computer text analysis of dreams for case conceptualization and treatment outcome prediction.

(1999) Conferred by the American Board of Professional Psychology (ABPP)

(1999) Conferred by the Academy of Clinical Psychology

(1982) Awarded by the College of Liberal Arts at The University of Texas at Austin, nominated by graduating seniors

CBT for anxiety and depression is effective regardless of social and work impairment severity (Hawkins, R.C. II, & Harte, C.B.)

(2017) Annual Convention of the Association for Psychological Science  Boston, MA

(2017) Mid-Winter Conference of the National Council of Schools and Programs of Professional Psychology  Long Beach, CA

Many Faces, Many Theories of Change Mechanisms for Biofeedback (Hawkins, R.C. II)

(2014) Annual convention of the Association for Behavioral and Cognitive Therapy  Philadelphia, PA

(2013) Annual Conference of the Society for Research in Psychopathology  Oakland, CA

(2013) Annual Convention of the Southwestern Psychological Association  Fort Worth, TX

Agency and communion in end-of-life decision-making

(2017) Vol. 25(2), 87-106 Both the assisted suicide and the hospice or palliative medicine movements are alike in that each weighs the wishes of the patient and family for end-of-life medical decisions. The balancing of agency and communion within small communities of support may provide the opportunity to inform end-of-life decision-making and acceptance of the dying process. In this sense, the spirit of “communitas” may instill faith that the ending of one’s life journey is both reasonable and meaningful. The role of the small community of support may be akin to that of the guide who assists the aging or dying person through the dialectic of being an autonomous agent and a communicant in the end-of-life transition...

Such stuff as dreams are made on: Dream language, LIWC norms, and personality correlates

Biofeedback and the illusion of self-control: A functional contextualist perspective

(2016) Vol. 44(4), 22-228 Physiological self-regulation through biofeedback may be seen as a metaphor for generalized self-control expectancies. Using a model based on functional contextualism and relational frames theory, self-control efforts are seen as a convenient fiction or illusion, with physiological coherence and the sense of coherence associated with improvements in health and behavior...

(2016) Vol. 9 This title of this ninth volume of the Fielding Monograph, "Clinical Health Psychology: Cultural Considerations" has two main themes, each of which serves a bridging function. First, clinical health psychology, which involves the application of scientific findings for "the promotion and maintenance of health; the prevention and rehabilitation of illness and disability, and the improvement of the health care system" is a fusion of clinical psychology's focus on psychopathology with health psychology's emphasis on health maintenance, wellness, and health care service primarily for physical health...

Impact of personality disorder comorbidity on cognitive-behavioural therapy outcome for mood and anxiety disorders: Results from a university training clinic

(2016) Vol. 11, 28-38 The Myers-Briggs Type Indicator (MBTI) was administered to a random sample of social service managers (n = 243), who were predominantly “thinking” in preference. Measures of burnout (the Tedium Scale, with a purer “physical/emotional exhaustion” subscale derived through factor analysis) and instrumental/expressive traits (EPAQ scales) were obtained concurrently. The “thinking” vs. “feeling” MBTI preference did not affect these relationships in the manner predicted by Jungian theory as expressed by Garden...

(2016) Vol. 6(1), 24-30 The EPAQ Scales, which measure positive and negative attributes of instrumentality (agency) and xpressiveness (communion), were administered along with the Tedium Scale to a random sample of social service managers (n = 245). The strongest correlate of job burnout (tedium) was self-reported passive-aggressiveness...

(2016) Vol. 6(1), 50-56 Previous research studies on the relationship between Jungian typology and handwriting analysis have been informal, inconclusive, or methodologically flawed. In the present double-blind cohort study, four expert handwriting analysts, who were knowledgeable about Jungian theory and the Myers-Briggs Type Indicator (MBTI), independently determined the four letter MBTI types of participants based upon blind interpretation of their handwriting samples...

Psychotherapeutic theories of change and measurement: An integrative model

(2014) This study explored the relationship between codependence assessment scales, gender, positive and negative gender-stereotyped traits, and other measures of personality and problem drinking. These instruments were administered to a sample of 208 American ...

(2015) Vol. 18(1), 21-31 The Myers-Briggs Type Indicator (MBTI) is sometimes used to predict therapy outcome and select the therapeutic modality, but the empirical basis for these uses is minimal. In the current study, psychological type (assessed by the MBTI) and initial functioning (assessed by Global Assessment of Functioning [GAF]) were used to predict the therapy outcome...

(2014) Vol. 74(3), 29-48 Psychopathology’s origin may involve certain personality types having endophenotypic inclinations to develop particular forms of pathology (Van der Hoop, 1939). Such type-related differential susceptibility to pathology implies relationships between MBTI psychological types and DSM diagnoses. To identify relationships between diagnosis and type, the Myers-Briggs Type Indicator was administered to an outpatient sample (N = 523) two weeks after clinical diagnoses were made. Chi-square analyses were used to compare the relative representations of typological dimensions to diagnostic subgroups...

(2012) (pp. 256-284). Eds. C. Aaron McNeece & Diana M. DiNitto, University of Texas at Austin / Boston: Pearson. This book looks at substance abuse from a systems perspective. It presents all major theories of addiction, as well as the major physiological and psychological results of substance abuse, including fetal alcohol syndrome...

(2010) Vol. 70 (7), 77-86 This study examined the relationship between psychological type and binge eating tendencies in a sample of college women from two different universities in the Southwest. Previous studies have shown no relationship between psychological type and body weight, and we found the same result. Until the present study, however, there has not been a systematic large sample study of eating disorder or binge eating tendencies and psychological type. Sixty women who scored above a threshold on the Binge Scale were compared to a base sample of 403 women using the Selection Ratio Type Table (SRTT) analysis...

(2005) This article reports on an exploratory research study that found that working a half-time job while pursuing a full-time course load is typical for most undergraduate social work students. Average number of hours worked and perceived work interference with studies were ...

Substance abuse as a dynamical disease: Evidence and clinical implications of nonlinearity in a time series of daily alcohol consumption

(2003) Several authors have suggested that chaos theory, the study of nonlinear dynamics and the application of the knowledge gained to natural and social phenomena, might yield insight into substance-related disorders. In this article, we examine the dynamics of substance ...

The spirit is willing: Nonlinearity, bifurcations, and mental control

(2002) In recent years there has been considerable interest in the construction of nonlinear models of the dynamics of human behavior. In this exploratory article we argue that attempts at controlling problematic thoughts, emotions, or behaviors can lead to nonlinearity in ...