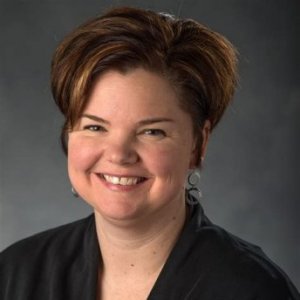 
An expert in sexual assault research and violence against women. 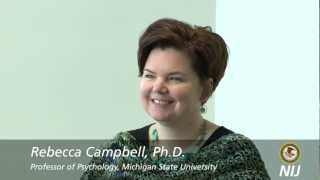 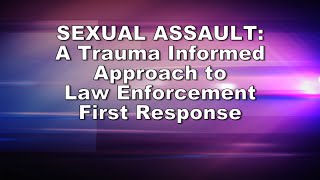 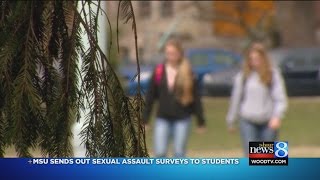 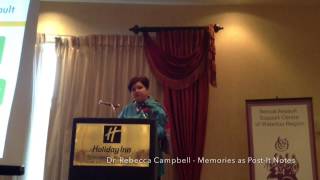 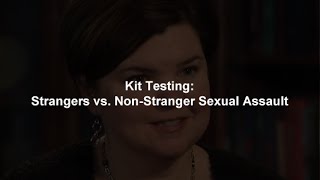 For the past 25 years, Rebecca Campbell has been conducting community-based research on violence against women and children, with an emphasis on sexual assault. Campbell’s research examines how contact with the legal and medical systems affects adult, adolescent, and pediatric victims’ psychological and physical health. Most recently, she was the lead researcher for the National Institute of Justice-funded Detroit Sexual Assault Kit Action Research Project, which was a four-year multidisciplinary study of Detroit’s untested rape kits. Campbell also conducts training for law enforcement and multidisciplinary practitioners in civilian, military, and campus community settings on the neurobiology of trauma. In 2015, Campbell received the Department of Justice, Office for Victims of Crime, Vision 21 Crime Victims Research Award.

2015 The Society for Community Research and Action

Rebecca Campbell, a psychologist at Michigan State University who has studied the institutional response to sexual assault victims, compares the recall of a survivor to hundreds of tiny notes that are scattered across a desk. The bits of information may be accurate, but disordered and incomplete. Yet the first questions asked of victims are often who, what, when and where.

“Both Mary Ann and Tom have extensive experience in RVSM issues and are well-qualified to serve on the workgroup,” said Rebecca Campbell, workgroup chair and psychology professor. “Their appointments will bring diverse perspectives to the workgroup and help us further our efforts to provide a safe and inclusive campus environment.”...

Expanding the available services for victims of sexual assault was one of the first recommendations made by the Relationship Violence and Sexual Misconduct Expert Advisory Workgroup. Recognizing funding would be needed to carry out this recommendation, chairperson of the workgroup and psychology professor, Rebecca Campbell, contacted the Michigan Domestic and Sexual Violence Prevention and Treatment Board for assistance. “The need for additional counseling and support services in the Sexual Assault Program has never been greater,” Campbell said. “It is incredibly important MSU is able to provide survivors the support they need in a timely, efficient manner and grant funding helps make this possible.”...

Rebecca Campbell, a Michigan State University professor of psychology and member of the MSU Research Consortium on Gender-based Violence, will be the work group's chair. Campbell's research focuses on how the legal and medical systems affect victims' psychological and physical health...

In jurisdictions throughout United States, thousands of sexual assault kits (SAKs) (also termed “rape kits”) have not been submitted by the police for forensic DNA testing. DNA evidence may be helpful to sexual assault investigations and prosecutions by identifying offenders, revealing serial offenders through DNA matches across cases, and exonerating those who have been wrongly accused, so it is important to understand why police are not utilizing this evidence. In this study we applied focal concerns theory to understand discretionary practices in rape kit testing. We conducted a three-year ethnography in one city that had large numbers of untested SAKs—Detroit, Michigan—to understand why thousands of SAKs collected between 1980 and 2009 were never submitted by the police for forensic DNA testing. Drawing upon observational, interview, and archival data, we found that while practical concerns regarding resources available for forensic analysis were clearly a factor, as Detroit did not have the funding or staffing to test all SAKs and investigate all reported rapes, focal concerns regarding victim credibility and victim cooperation were more influential in explaining why rape kits were not tested. Implications for the criminal justice system response to sexual assault and rape kit testing legislation are examined.

An increasing number of U.S. law enforcement agencies have disclosed that they have large numbers of untested sexual assault kits (SAKs) (also called ‘rape kits’) in police property storage. Whether previously-untested SAKs should be tested for DNA evidence has been the subject of considerable public debate. To inform policy and practice regarding rape kit testing, the current study tested a sample of 900 previously-unsubmitted SAKs from Detroit, Michigan, and documented the DNA forensic testing outcomes associated with those kits. We assessed how many SAKs yielded DNA profiles eligible for upload into CODIS (Combined DNA Index System), the federal DNA criminal database; how many resulted in a DNA match (termed a “CODIS hit”); and how many of those hits were associated to other sexual assault crimes (i.e., serial sexual assault hits). Overall, there were 259 CODIS hits, 69 of which had DNA matches to another sexual assault case. The potential utility of a DNA profile and CODIS hit may vary depending on whether offender was known or unknown to the victim, so we examined these outcomes separately for SAKs associated with stranger- and non-stranger-perpetrated sexual assaults. We also present six case study examples of how DNA testing and CODIS hits helped identified serial sexual assaults in both stranger and non-stranger sexual assault cases. Implications for rape kit testing policies are discussed.

Victims of sexual assault are often advised to have a medical forensic exam (MFE) and sexual assault kit (SAK) (also termed a “rape kit”) to preserve physical evidence (e.g., semen, blood, and/or saliva samples) to aid in the investigation and prosecution of the crime. Law enforcement are tasked with submitting the rape kit to a forensic laboratory for DNA analysis, which can be instrumental in identifying offenders in previously-unsolved crimes, confirming identify in known-offender assaults, discovering serial rapists, and exonerating individuals wrongly accused. However, a growing number of media stories, investigative advocacy projects, and social science studies indicate that police are not routinely submitting SAKs for forensic testing, and instead rape kits are placed in evidence storage, sometimes for decades. This review paper examines the growing national problem of untested rape kits by summarizing current research on the number of untested SAKs in the United States and exploring the underlying reasons why police do not submit this evidence for DNA testing. Recommendations for future research that can guide policy and practice are discussed.