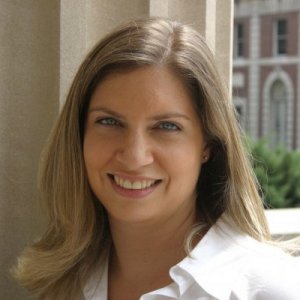 Rebecca Jacobsen's background is in politics and education, where she has focused on public opinion and its impact on education policy. She has also written about the politics of charter schools and accountability. Her current work focuses on local education politics with an emphasis on school board elections. Her most recent book, Outside Money in School Board Elections: The Nationalization of Education Politics published by Harvard Education Press (with Jeffrey Henig and Sarah Reckhow), examines how large national donors are shaping local education politics.

The Michigan House passed a bill on Tuesday that sharply restricts school lessons that promote race or gender stereotyping. The bill passed 55-0, with Democrats refusing to vote after one Republican representative cut off debate while opponents of the bill still wanted to speak. “Teachers will be wary to venture into any topic that hasn't been approved or isn't exactly on a scripted curriculum. This makes lessons less engaging and relevant, and certainly isn't the type of teaching that fosters inquiry and deep discussion and examination from multiple perspectives,” said Rebecca Jacobsen, a professor of education policy at Michigan State University.

Have You Heard  radio

How did school boards became the must-have accessory of wealthy donors? Scholar Rebecca Jacobsen walks us through who and what is behind this big money trend. And by "big," we mean REALLY BIG. The recent school board election in Los Angeles was the most expensive in history, totaling some $17 million, much of it via untraceable "dark money" donations.

“[Ratings-site data] often gets used at the individual level—I’m going to talk to my friends and pick a school that’s right for my children—but these data need to be about how we can improve a system ... not individual winners and losers,” said Rebecca Jacobsen, an associate professor for education politics and policy at Michigan State University who studies how parents interpret and use education data.

Big Money In School Board Elections

More and more out-of-state donors are writing very large checks to support candidates and political action committees in local school board elections. After 2:00, we look at this trend and discuss what it can mean for influencing the public school agenda.

School boards have often been portrayed as old-fashioned and dysfunctional, so much so that some school reform leaders have advocated for eliminating school boards altogether. It is no surprise then that school board elections have mostly been known as being sleepy affairs. Most candidates in the past have been known to spend less than US$1,000 toward campaign expenses such as campaign literature and name recognition efforts. In 2010, for example, less than 3 percent of candidates reported spending more than $25,000.

Parents Relying on School Report Cards Can Be Confused

That happened in New York City, when leaders decided to raise the bar in 2010 by capping the number of schools that could receive an A, dropping many schools from an A to a C grade even though student performance did not necessarily change, explained Rebecca Jacobsen.

2018 This mixed-methods study analyzed adolescents’ evaluation of the trustworthiness of different kinds of evidence and their reasons for why they trusted (or did not trust) them. Specifically, we analyzed adolescents’ rankings of seven kinds of evidence in the abstract and in the context of a settled historical event (school desegregation) and whether differences existed between their rankings. We explored the reasons adolescents provided for trusting or not trusting sources and whether differences existed between these reasons in the abstract and in context. We also explored whether rankings differed across sociocultural identities. We found that, on average, adolescents’ rankings, as well as their reasoning, differed when the evidence was presented in the abstract versus in the context of school desegregation. We also found that emotion and personal relationship with the topic are compelling factors in determining students’ trust in sources—a finding that has previously been overlooked in the scholarship. This study provides implications for K–12 social studies education, teacher education, and civic identity and citizenship studies.

2018 Classroom discussion and deliberation have been widely touted in the research literature as a centerpiece of high quality civic education. Empirical studies, however, of such processes are relatively few. In a public policy deliberation on immigration conducted in three Midwestern high schools during the academic year 2015–16, the authors found that analysis of a set of deliberations on the subject of immigration policy in the United States reveals the ways in which sociocultural identity aspects of the settings and participants influenced the processes and dynamics of these classroom events. Reflecting upon this analysis suggests a set of factors that reveal the degree to which classroom deliberations are shaped by factors other than rational consideration of the topic.

If Someone Asked, I’d Participate: Teachers as Recruiters for Political and Civic Participation

2018 Whereas much has been written about the role of resources and motivation for activating adolescents to become engaged citizens, less work considers the role that recruitment within schools might play in shaping youth civic engagement patterns. Drawing on interviews with over 100 high school students and over 40 school officials, our research illuminates the critical role that school-based recruitment plays in fostering youth civic engagement. We find that while a majority of the students we interviewed are actively involved in their local community, a sizable portion of students remain unengaged and that a lack of recruitment from school officials is one important factor explaining this phenomenon. We also find that teachers, especially social studies teachers, can play a key role in recruiting and motivating students. However, teachers tend to act as “rational prospectors” who selectively recruit certain subsets of students (i.e., advanced students)—something that likely contributes to later inequality in participation.