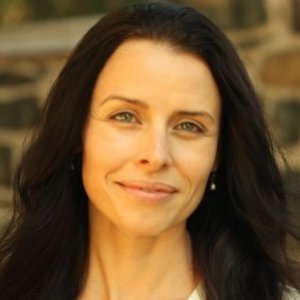 Professor of Human Development and Family Studies | University of Connecticut


Clinical psychology expert, specializing in the study of bullying and weight stigmatization

Dr. Rebecca Puhl is Deputy Director for the Rudd Center for Food Policy & Obesity and Professor in the Department of Human Development and Family Sciences at UConn. Dr. Puhl is responsible for identifying and coordinating research and policy efforts aimed at reducing weight bias.

Dr. Puhl earned her Ph.D. in Clinical Psychology from Yale University. She has conducted research on weight bias for 18 years and has published numerous studies on weight-based bullying in youth, weight bias in health care and the media, interventions to reduce weight bias, and the impact of weight stigma on emotional and physical health.

Dr. Puhl has testified in state legislative hearings on weight bias, routinely provides expertise to state and national health organizations, and has developed evidence-based training programs to reduce weight bias that have been implemented in medical facilities across the country.

Dr. Puhl is a leading national expert in the field of weight bias, and her research is routinely publicized in national and international media. She has served on the Council of The Obesity Society and the Board of Directors for the Obesity Action Coalition, and has been recognized for her research with awards including the Excellence in Policy Research Award from the National Eating Disorders Coalition, and The Obesity Society's Scientific Achievement Award for excellence in an established research career. In 2019, UConn awarded Dr. Puhl the CLAS Excellence in Research Award in Public Scholarship. 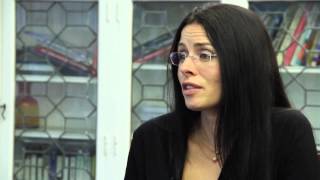 The Racial Origins of Fat Stigma

How To Instill A Healthy Attitude About Exercise In Your Kids

One major way to foster a healthy attitude toward exercise is to separate it from how a person looks. “In our thin-obsessed culture, it’s too easy for children to come to believe that the purpose of exercise is to obtain a thin body or to lose weight or to achieve a certain physical appearance,” said Rebecca Puhl, a professor in the department of human development and family sciences and deputy director for the Rudd Center for Food Policy & Obesity at the University of Connecticut. “These messages are damaging to youth, so parents need to be mindful of those broader societal messages that children see and hear, and to instead focus on engaging in physical activity for the purpose of health and well-being.”

“There was very little work happening in this area,” says Kelly Brownell, a professor of public policy at Duke University and a former director of what became the Rudd Center for Food Policy and Obesity. Rebecca Puhl, then a graduate student of Brownell's, volunteered to lead the effort. “Basically, Rebecca created this field,” Brownell says. “And we were pretty quickly dumbfounded by what we found.” Today ample evidence documents how people with larger bodies experience bias not only in health care settings but also in their workplaces, their schools and the media. Puhl, who is now deputy director for the Rudd Center at the University of Connecticut, and other scientists are beginning to show how living with this kind of chronic internal and external weight stigma negatively affects physical and mental health.

Research indicates many factors – from genetics to environment – are tied to obesity, and people who lose weight often gain it back. Study after study also confirms negative stereotypes about fat people are pervasive within the medical community. "We know from research that weight bias is common in physicians and other health care providers," says Rebecca Puhl, deputy director of the University of Connecticut Rudd Center for Food Policy & Obesity. "In fact, research shows that these biases are as common among medical professionals and doctors as they are in the general population."

Is obesity a disability? What a court decision in Washington state says about 'fat acceptance'

Supporters of such measures say they are necessary because of widespread prejudice toward people who are overweight. "A study published this year by two Harvard psychologists found that overtly negative attitudes toward people based on body weight had declined by only 15 percent from 2004 to 2016; in contrast, explicit racism dropped by 37 percent and explicit anti-gay feelings by nearly half," wrote Rebecca Puhl, deputy director of the Rudd Center for Food Policy and Obesity at the University of Connecticut, in the Post.

Weight discrimination is rampant. Yet in most places it’s still legal.

The Borgata Hotel Casino & Spa in Atlantic City obsessively monitored the weight of its waitresses, according to 22 of them who sued it in 2008. They would be suspended, for example, if they gained 7 percent more weight than they had when they were hired. But a New Jersey judge threw out the suit, explaining that state law was silent about weight discrimination. The state Supreme Court affirmed the decision three years ago.

When You’re Told You’re Too Fat to Get Pregnant

Weight-science researchers are aware of how that lack of compassion can have health consequences. The kind of stigma that women like McLellan and Balzano encounter throughout their lives puts fat people at higher risk for depression, anxiety and suicidal thoughts. They also have higher blood pressure and higher levels of stress hormones. And many researchers documenting these risks control for B.M.I. when they collect their data. “This tells us that it’s stigma, rather than one’s weight per se, that contributes to these adverse health outcomes,” says Rebecca Puhl, an author of the 2013 Yale study and the deputy director for the Rudd Center for Food Policy and Obesity at the University of Connecticut. “This evidence also challenges the notion that stigma will motivate people to lose weight.”

Teasing Kids About Their Weight May Make Them Gain More

"I really do think this is an area that needs more attention," says Rebecca Puhl, deputy director for the Rudd Center for Food Policy & Obesity at the University of Connecticut. "This is contributing to poor health, bottom line." Puhl also notes that the finding that over 60% of kids with overweight in the study were bullied shows how common this is for youth. "What [this] is telling us is that we need to do a better job protecting adolescents from weight-based teasing," she says.

Food deserts don’t cause obesity. But that doesn’t mean they don’t matter.

Rebecca Puhl is deputy director of the University of Connecticut’s Rudd Center for Food Policy and Obesity. Personal behavior is “one piece of the puzzle,” she wrote me in an email. But if we focus on that piece, “the puzzle will never be solved.” But, by addressing the food environment, we also address personal behavior, by finding ways to make it easier for people to make better choices. We need to focus on “strategies and policies that create healthier defaults and support responsible behaviors for everyone,” she wrote.

How Not to Talk to a Child Who is Overweight

For all the attention paid to weight and its health effects in medical settings, the social and emotional side is often neglected, said Rebecca Puhl, a clinical psychologist who is a professor in the department of human development and family studies at the University of Connecticut. “Weight is now one of the most frequent reasons kids are teased or bullied,” she said.

“While there has been substantial attention to medical treatment and intervention for obesity in youth, the social and emotional impact of body weight – like stigma and bullying – often get neglected,” said Rebecca Puhl, a fellow at the Obesity Society and deputy director of the Rudd Center for Food Policy and Obesity at the University of Connecticut in Hartford.

Teasing Teens about Weight May Do Lasting Harm

Researchers also found that teens who are bullied about their weight are more likely to become emotional eaters. Teen bullies often target peers' weight, but weight-based teasing can also occur at home. "Our findings suggest the need for broader anti-bullying initiatives that include both the school and family/home environments as targets for intervention," lead author Rebecca Puhl said.

The Shame of Fat Shaming

The problems with fat shaming start early. Rebecca Puhl, the deputy director of the University of Connecticut’s Rudd Center for Food Policy and Obesity, and her colleagues find that weight is the most common reason children are bullied in school. In one study, nearly 85 percent of adolescents reported seeing overweight classmates teased in gym class. Dr. Puhl and her colleagues asked fat kids who was doing the bullying. It turned out that it was not just friends and classmates but also teachers and — for more than a third of the bullied — parents. “If these kids are not safe at school or at home, where are they going to be supported?” Dr. Puhl asked.

Weight Bias is a Bigger Problem than You May Think, Experts Say

"We know from our research on weight stigma and discrimination that even though both women and men experience unfair treatment because of excess weight, women report these experiences at lower levels of obesity than men," said Rebecca Puhl, a professor at the University of Connecticut and deputy director of the university's Rudd Center for Food Policy & Obesity.

What Obese Patients Should Say to Doctors

The Rudd Center for Food Policy and Obesity at the University of Connecticut recommends that patients go into a doctor’s office as prepared as possible with questions they would like the doctor to address, said Rebecca Puhl, its deputy director. “Write down details: when the problem started, how often it appeared and your own opinion about whether it is related to your weight,” Dr. Puhl said.

Stigma: The Human Cost of Obesity

Overweight and obese people discuss the stigma and discrimination they have faced because of their weight.

This study aimed to conduct a comprehensive assessment of the presence, severity, and sociodemographic correlates of weight bias internalization (WBI) across three distinct samples of US adults.

The Role of Stigma in Weight Loss Maintenance Among U.S. Adults Annals of Behavioral MedicineF

Challenges of maintaining long-term weight loss are well-established and present significant obstacles in obesity prevention and treatment. A neglected but potentially important barrier to weight-loss maintenance is weight stigmatization. We examined the role of weight stigma—experienced and internalized—as a contributor to weight-loss maintenance and weight regain in adults.

The prevalence of weight discrimination in the United States has led to increasing calls for legal measures to address weight-based inequities on a broader scale. This study examined public support in 2014 and 2015 for three proposed laws prohibiting weight discrimination, and compared findings with public attitudes towards the same laws from 2011 to 2013. An online survey was completed by a diverse national sample of US adults (N=2411) in June–July of 2014 and 2015 to assess their support for anti-discrimination legislation. Public support increased for the anti-discrimination laws from 2014 to 2015, and at least 71% of participants expressed support for each of the laws in both years. Compared with public support documented in 2011–2013, there was a significant increase in support in 2014–2015 for legislation to extend disability protections to individuals with obesity and for laws that would include body weight in existing state civil rights statutes. Consistently, high levels of support (78%) were documented across this 5-year period for laws to address weight-based discrimination in employment. As public approval is a powerful catalyst motivating political will needed to make policy changes, these findings provide important insights and implications for advancing policy-level discourse about remedies for weight discrimination.